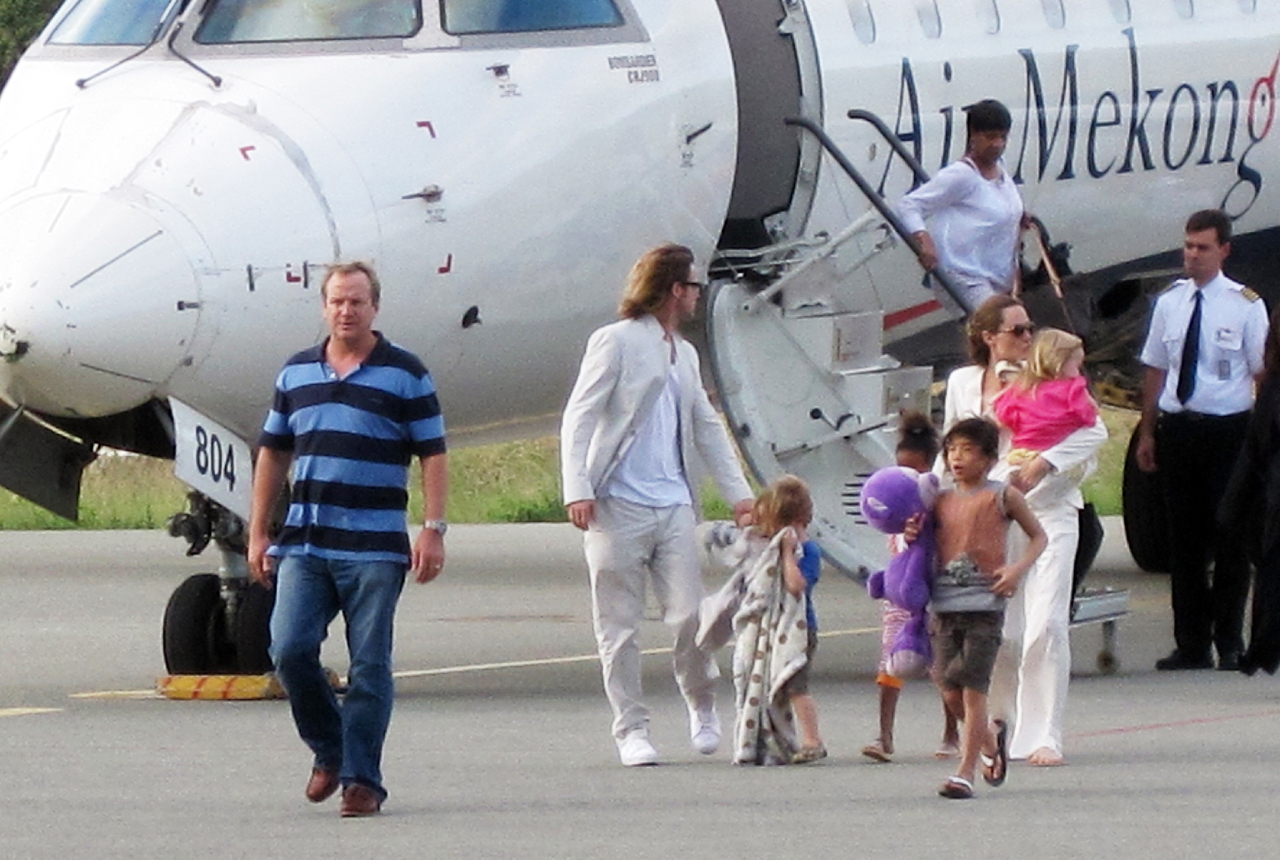 (CBS) Angelina Jolie and Brad Pitt continued their visit to Vietnam over the weekend, but this time they left their kids at the hotel so they could do some exploring of their own.

The Daily Mail reports that Pitt and Jolie checked out the Con Dau Islands in Vietnam to tour the Con Son "tiger cages," first built by the colonial French to imprison political prisoners. The area, now a tourist attraction, was also used to house communists during the Vietnam War.

Pitt and Jolie touched down in Vietnam last week with their six children. It marks their son Pax's first visit to the country since the couple adopted him four years ago. On Friday, the family was spotted in Ho Chi Minh City having lunch. The Brangelina brood also grabbed a bite together on Saturday.

Jolie has said she wants her children to maintain a connection with their own heritage and explore other cultures. "They are all learning about each other's cultures as well as being proud of their own," she told the Financial Times in July. "So it's not like just the boys get to do the Asian thing. They all have their flags over their beds and their individual pride. We owe Vietnam a visit, because Pax is due. Z wants to get back to Africa, and Shiloh too. So everyone takes their turns in their country."