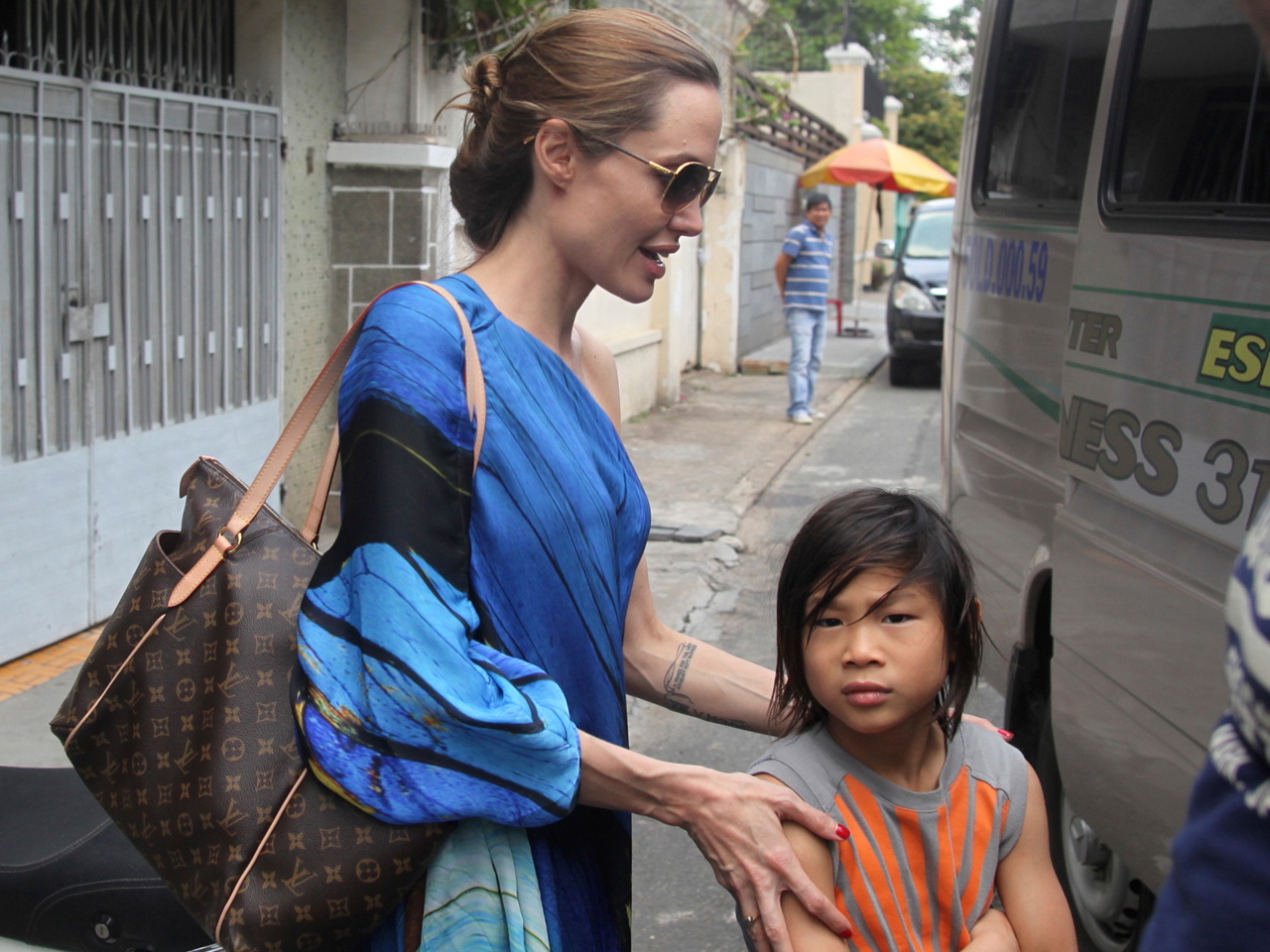 (CBS/AP) Angelina Jolie, Brad Pitt and their brood have touched down in Vietnam, marking their first visit to the area since adopting their son Pax in 2007.

The actors and their children were spotted Friday eating lunch at a rustic restaurant in Ho Chi Minh City.

Photographs show Jolie and Pitt walking the streets with 7-year-old Pax, who lived in an orphanage in Vietnam before getting adopted by Jolie.

There's no word on what the rest of the family's itinerary will be, but according to the Daily Mail, there's speculation the Hollywood couple could visit Pax's former orphanage.

Brangelina have three biological and three adopted children. Jolie adopted her son, Maddox, from an orphanage in Phnom Penh, Cambodia in 2002. She adopted Zahara from Ethiopia in 2005.

Jolie has said she wants her adopted children to maintain roots in their home country.

Earlier this week, Jolie and Pitt took their entire family to Tokyo, Japan for the premiere of Pitt's new film, "Moneyball."

They've also been spending time with Pitt while he's on set for the upcoming movie, "World War Z."