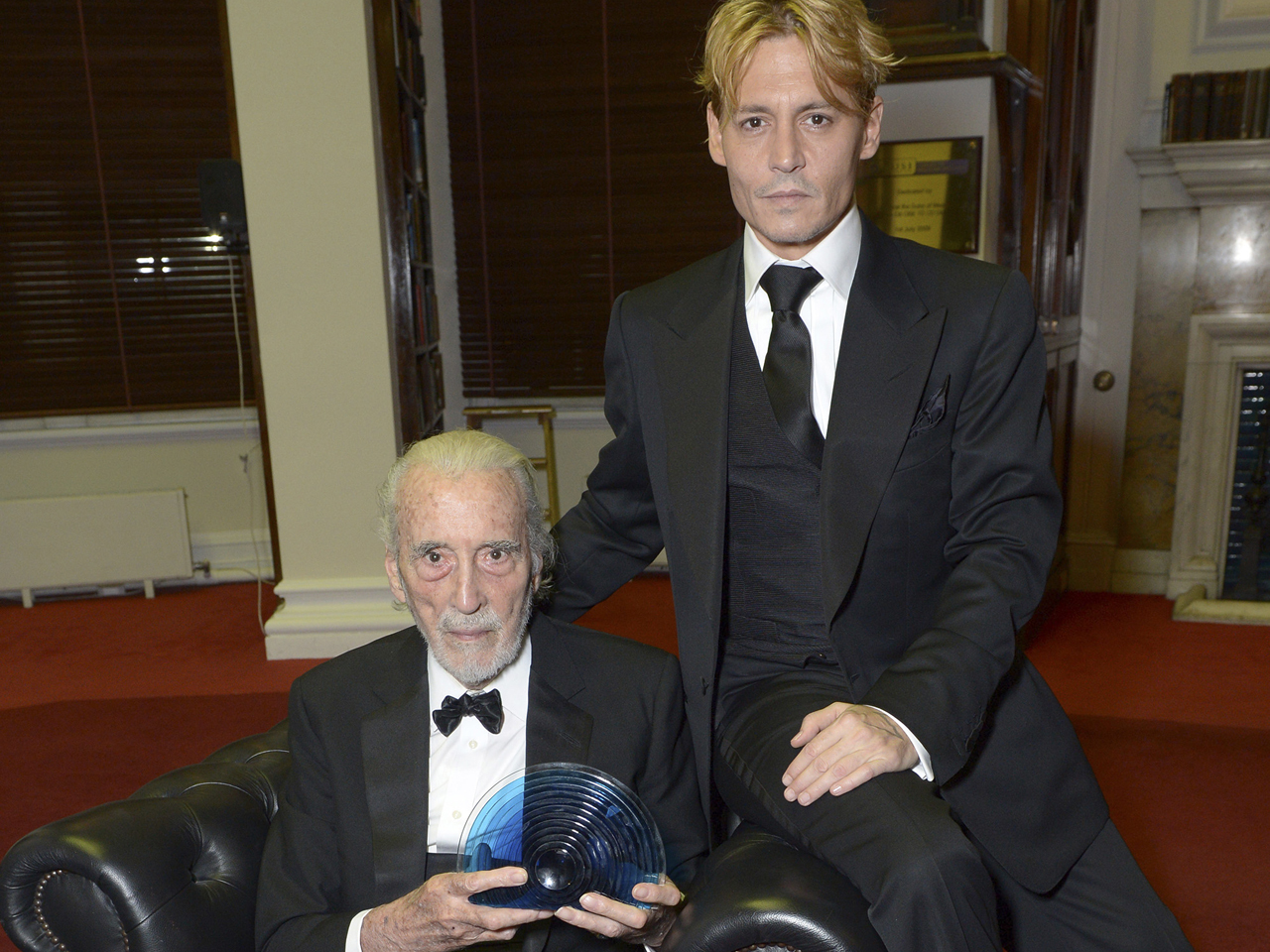 Johnny Depp made a surprise appearance at the London Film Festival over the weekend to give a career honor to horror icon Christopher Lee.

Depp, 50, called Lee "a national treasure" and "a genuine artist" as he presented the 91-year-old actor with a British Film Institute Fellowship on Saturday.

He said it had been "a childhood dream come true" to work with Lee. The two actors appeared together in Tim Burton's "Sleepy Hollow," "Dark Shadows" and "Charlie and the Chocolate Factory."

Lee returned the compliment, calling Depp one of the few younger actors "who is truly a star."

Lee's 250 movie roles include Dracula in a series of Hammer Films thrillers, Bond villain Scaramanga in "The Man With The Golden Gun," the founder of Pakistan in "Jinnah" and Saruman in "The Lord of the Rings."

During a ceremony at London's Banqueting House, the festival gave its best-picture prize to Polish director Pawel Pawlikowski for "Ida," the story of a novice nun in 1960s' Poland.

Pawlikowski, best known for English-language films "Last Resort" and "My Summer of Love," said he had been warned that "making a film in Poland, in black and white," with a little-known actress would be a bad career move.

"But that doesn't seem to be the case."

The documentary trophy went to Paul-Julien Robert's "My Fathers, My Mother and Me," a personal portrait of Europe's largest commune.