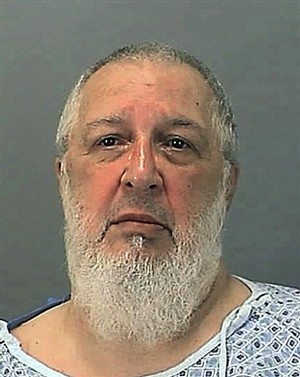 (CBS/AP) CLEVELAND - The trial of a man who claims he shot and killed his wife in her hospital bed out of love and to end her suffering will begin Monday.

John Wise, 68, has been under house arrest since last year. His attorney Paul Adamson says he plans to ask for the jury's understanding, not sympathy..

Wise could face life in prison if convicted of aggravated murder.

Police say Wise calmly walked into his 65-year-old wife's room at Akron General Medical Center and shot her on Aug. 4, 2012. Barbara, his wife of 45 years, died the next morning.

A week earlier, she had suffered triple cerebral aneurysms that left her unable to speak.

More than a year later, Wise "is doing OK, but things are never going to be great for him," Adamson said during the final week of trial preparation.

"He's stable, but he's still grieving, I guess is the best way to describe him, for the loss of this life," he said.

But that legal defense isn't an option in Ohio, and Adamson said he would argue an insanity defense based on severe depression.

"Our burden there is to establish that he was suffering from some severe mental disease or defect at the time he committed the offense, and as a result he didn't understand the wrongfulness of what he did," Adamson said.

"Now he did it out of love, but he wasn't thinking rationally when he did it."

Prosecutors declined to discuss any aspect of the case ahead of the trial.

Wise intends to testify but won't appeal to jurors for sympathy, Adamson said.

"We know there may be sympathy for him and there may be others who feel just the opposite. That's not the crux of our case," Adamson said.

Those subpoenaed to testify at the trial include the doctor who confronted Wise in the intensive care unit moments after the shooting.

"He said to me, 'Please tell me she's dead'," Dr. Michael A. Passero Jr. told The Associated Press after the shooting. After checking the monitors, Passero said, "I said quietly, 'She's not dead.'"

Terry Henderson, a longtime steel plant co-worker of John Wise, said after the shooting that the couple had agreed they didn't want to live out their years bedridden and disabled.

John Wise suffered from diabetes and nerve damage that made his hands and feet numb and had survived bladder cancer, according to Henderson.