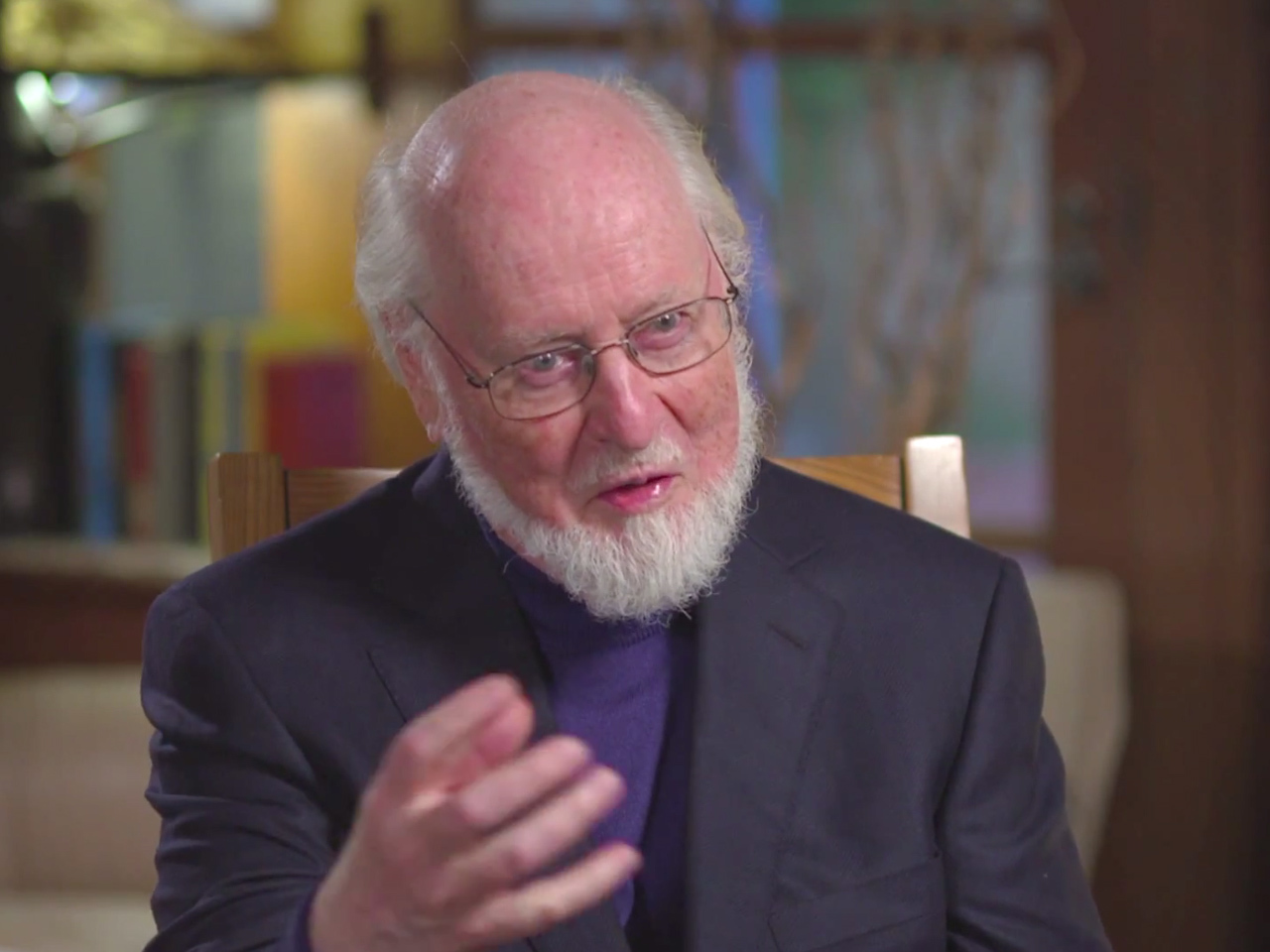 (CBS News) John Williams, the Academy Award-winning composer of "Star Wars" and other film classics, will be returning for "Episode VII," the latest installment in the series, now in pre-production.

The announcement was made Saturday by Kathleen Kennedy, president of Lucasfilm and executive producer of the new film, at a "Star Wars" event in Germany.

A video coinciding with the announcement, featuring an interview with Williams, was published online at starwars.com.

"I've loved doing the Star Wars films, with all the fanfares and flourish and the 'galaxy far, far away' -- I actually feel like I'm still in it, that's I've never really left it," Williams said.

"Having worked on all of the six films, I've just happy to be continuing to be part of the whole fun of doing it."

Williams, who has won five Academy Awards (including four for original music), composed the score for the 1977 George Lucas blockbuster and the five other episodes in the series. He earned an Oscar for "Star Wars," and nominations for "The Empire Strikes Back" and "Return of the Jedi."

In 2005 a poll by the American Film Institute named "Star Wars" the greatest film score of all time.

Of the new film, Williams said, "I can't imagine that there will not be some references to the existing stories that we know, that would necessitate and make appropriate the use of some of the earlier themes -- which actually for me has been part of the fun of doing film after film, because in each case I've been able to use the earlier material and develop new material that would co-exist with it and hopefully feel like a part of the fabric of the film."

"Episode VII," to be released in 2015, is being directed by J.J. Abrams (who directed the two most recent "Star Trek" films), and is written by Michael Arndt (an Oscar-winner for "Little Miss Sunshine"). The leads of the original trilogy -- Mark Hamill, Harrison Ford and Carrie Fisher - are expected to return as well.

Williams said he has not seen a script, and that the story outline is unknown to him -- but also that that is the way he likes it.

"I would always prefer not to read a script and even not to hear the story and look at cue cards and so on, and wait for the moment of discovery with the audience of the film itself, so I am as surprised as they are . . . having not been prepared by a script.

"I'm waiting anxiously, like the audience around the world, to find out what the surprises are -- and to discover what my continuing role [in the story] was going to be."