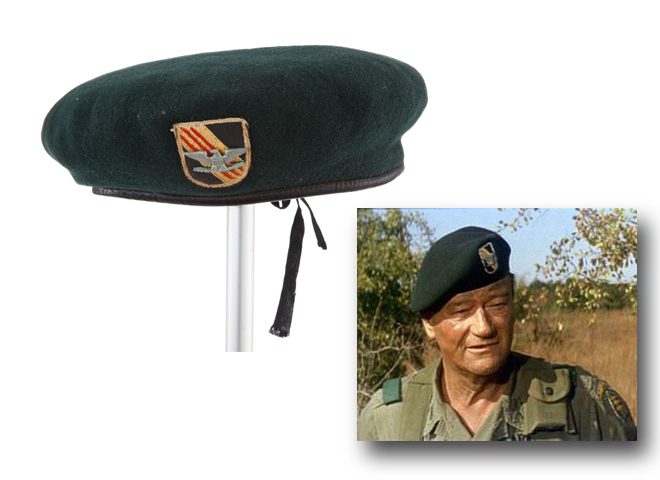 LOS ANGELES — Organizers say a two-day auction of more than 700 costumes, scripts, awards and memorabilia from the estate of film star John Wayne brought in $5.4 million.

The highest price went to the green wool beret that Wayne wore in "The Green Berets." It fetched $179,250.

A portion of the proceeds will be used by the John Wayne Cancer Foundation to help fund cancer research, treatment and education.

The items had been kept by Wayne's family since his 1979 death from cancer.

Among the other notable sale items: