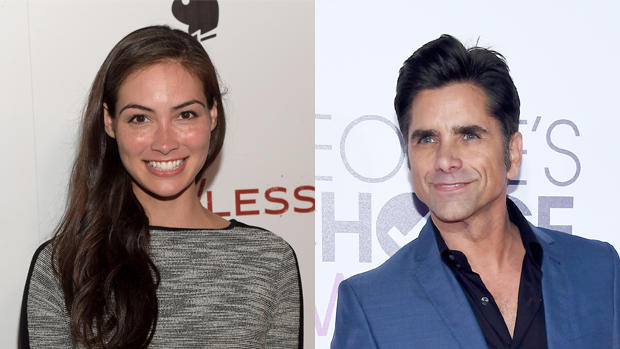 LOS ANGELES — John Stamos decided on a fairytale proposal when he asked actress Caitlin McHugh to marry him. The couple got engaged at "the happiest place on earth."

The 54-year-old Stamos announced his engagement to the 31-year-old actress on Sunday on social media, writing: "I asked...she said yes! ...And we lived happily ever after." The post included a drawing of the couple standing in front of Sleeping Beauty's castle at Disneyland.

McHugh also posted about the engagement and wrote, "I kissed the boy and said...yes! That's what you do when the sweetest, most romantic Prince Charming treats you like a princess and asks you to be his."

Stamos' publicist says the star proposed after showing McHugh a montage of romantic scenes from Disney films. The couple then had dinner with their families at a restaurant in the theme park. Stamos and McHugh have posted several photos from Disneyland together in the past.

This would be the second marriage for both. Stamos was married to model and actress Rebecca Romijn from 1998 to 2005.

Stamos stars in Netflix's "Fuller House" and spent part of this year with The Beach Boys as a drummer. McHugh has had guest spots on "The Vampire Diaries" and "NCIS: Los Angeles."