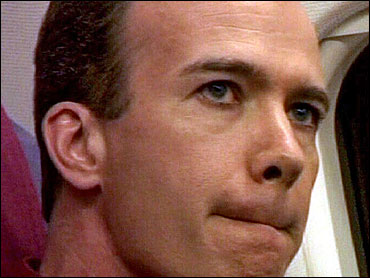 An Atlanta neighborhood association continues to discuss residents' concerns about the man who briefly was a suspect in the slaying of child beauty queen JonBenet Ramsey and is now living in the community.

"I was shocked and very disappointed that he's not behind bars," said Kelly Seagraves, the mother of a 6-year-old. "I've kind of sheltered him from it, because it hadn't been a concern to us. But now it's going to directly affect us and I'm going to have to talk to him about it."

In a telephone interview Monday, Karr told CBS affiliate WGCL he loves Atlanta and it breaks his heart that his neighbors feel so strongly about him. He said the neighborhood is just as safe today as it was before he moved in. He also said he is not a sex offender, and it is unfair to treat him that way.

Members of the Chastain Park Civic Association met again Monday night at a private school near the park to discuss their concerns.

Last week, the president of the association sent an e-mail to the group's two-thousand homeowner-members announcing that John Mark Karr has moved into his father's home in the north Atlanta neighborhood where houses are on the market for more than $600,000 dollars.

"When you have mothers calling you on the phone who are frightened and crying and fearful for their children's safety, you have to take that seriously. You have to take action," civic association president Jim King told Strassmann.

The e-mail points out that Karr's home is near a playground and states "as you may recall there have been many published reports in newspapers on Mister Karr relating to incidents in Colorado, California, and Thailand," followed by an Internet link to media reports about Karr.

After Karr's release from a California jail on Oct. 5, he said he intended to live with his father in Atlanta and possibly a return to teaching.

"I've been here 55 years. I've got a right to stay here," Wexford Karr told a local reporter, adding that his son is welcome to stay with him as long as he wants.

Karr has not been convicted of any crime that would require him to register as a sex offender or restrict where he can live or work.

"There's nothing legally we can do to get him out of our neighborhood and I don't know how much pressure the civic association and security can do about him," Gillian Sherbourne, the mother of three girls, tells WGCL. "All I know is it completely freaks me out."

Soon after taking a teaching job in Thailand, Karr was arrested in August and brought to the United States after he claimed to have killed JonBenet, the child beauty queen found strangled in her home in Boulder, Colo., in 1996.

Authorities later said DNA evidence showed Karr confessed to a crime he did not commit.

After being cleared in the slaying, Karr was sent to California to face charges of possessing child pornography. But the case was dropped and he was released Oct. 5 because investigators had lost crucial evidence.