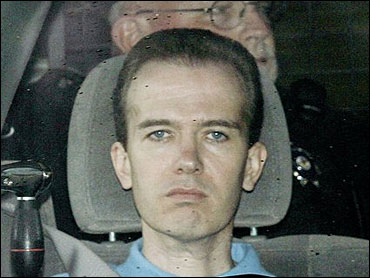 Sonoma County Superior Court Judge Rene Chouteau ordered Karr released immediately, bringing an end to his two-month odyssey in the U.S. criminal justice system after he was extradited from Thailand on suspicion of killing the 6-year-old beauty queen.

Karr, 41, was returned to California last month to face the five-year-old pornography case after DNA evidence cleared him of killing the girl in her Boulder, Colo., home in 1996.

The misdemeanor pornography case fell apart almost as quickly, as investigators admitted losing vital computer evidence that was seized from Karr in April 2001 when he was working as a substitute teacher in Sonoma and Napa counties.

Defense lawyers tried twice unsuccessfully to get the charges dismissed and were seeking to have evidence barred from trial when prosecutors gave up.

"The impression that we've had all along is that the prosecution had every intention of getting this case to trial, regardless of the evidence," said defense lawyer Robert Amparan. "I am pleasantly surprised by them having done the right thing."

Prosecutors acknowledged that if Karr were convicted he would not have served any additional time in jail, because he spent several months behind bars awaiting trial in 2001. They said they were seeking to have him registered as a sex offender.

Amparan said Wednesday that the printout made by sheriff's deputies cataloging the contents of the hard drive on Karr's computer showed the computer hasn't been used in eight years.

"Nothing has been accessed on that computer since 1998, two years before the Karrs moved from Alabama to California," Amparan said.

Divorce records indicate Karr, his former wife and their three children moved from Alabama to Petaluma, Calif., in 2000.

Karr fled the state after being released from jail and had been on the lam until his arrest in Bangkok, which caused a sensation when he told reporters he was with JonBenet when she died.

Karr first came to the attention of Sonoma County officials after an informant told authorities about alarming e-mails he had been sending her.

Investigators looked at Karr in connection with the unsolved 1997 murder of 12-year-old Georgia Moses, whose body was found dumped along a highway in Sonoma County, Karr's lawyers said.

The sexually explicit pictures of children were later found during a search of his home, authorities said.

His arrest led school officials to strip him of his teaching credential, and his marriage ended in divorce later that year.