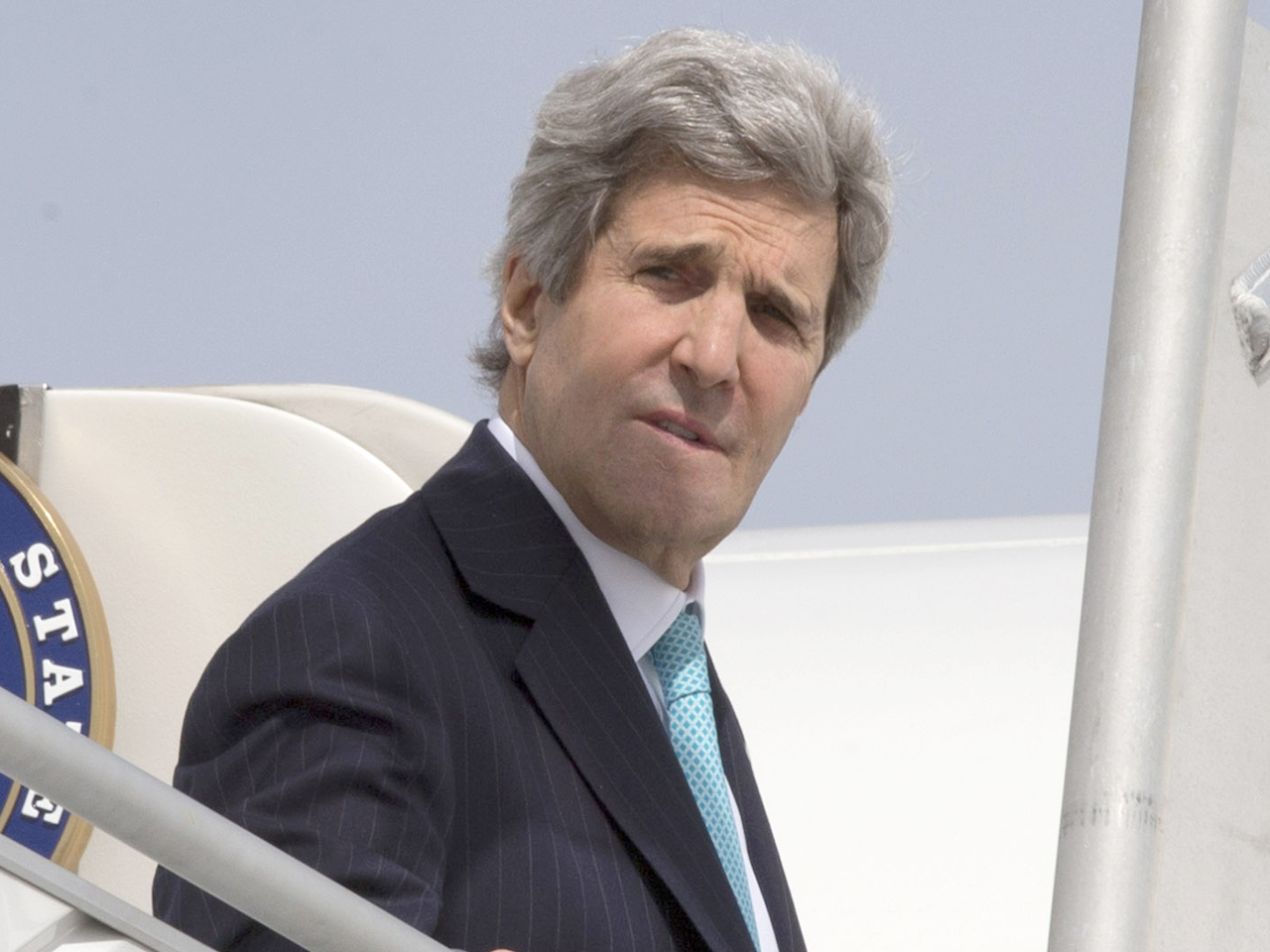 Secretary of State John Kerry won't comply with the subpoena he received to appear before the House Oversight and Government Reform Committee on May 21 because he will be out of the country that day, a State Department spokesman said Monday.

Oversight Committee Chairman Darrell Issa, R-Calif., subpoenaed Kerry to testify before the committee about the Sept. 11, 2012 attack in Benghazi, Libya that left four Americans dead, but Kerry has plans to be in Mexico on the day of the hearing, spokesman Marie Harf told reporters.

"We were all surprised, quite frankly, that instead of working with us and reaching out to us and offering first an invitation to testify, that Chairman Issa jumped immediately to subpoenaing the Secretary," Harf said.

In response to the charge that the State Department hasn't cooperated with Issa, Harf said, "We strongly disagree with that... We've produced tens of thousands of documents."

She did say, however, that the State Department will talk to the Oversight Committee about possibly arranging for Kerry to appear before the committee at some other point.

Harf also pointed out that during the Bush administration, House Speaker John Boehner, R-Ohio, and Issa himself said the secretary of state shouldn't be subpoenaed to appear before a committee. She cited a quote from Boehner in 2007, when he complained about an attempt to subpoena then-Secretary of State Condoleezza Rice to testify at a congresssional committee about the Iraq war.

Boehner called the the congressional hearing a "partisan show trial [that] is a waste of time and taxpayer dollars."

Harf noted that Boehner said, "By subpoenaing the Secretary of State, Democrats have revealed how beholden they are to leftwing activist groups while stealing the Secretary's time away from critical diplomatic missions."

After quoting Boehner, Harf added, "So what we would say is you don't get to have different rules for different administrations... We shouldn't play politics with Benghazi. Clearly, I think what we're seeing now can be called nothing but that."