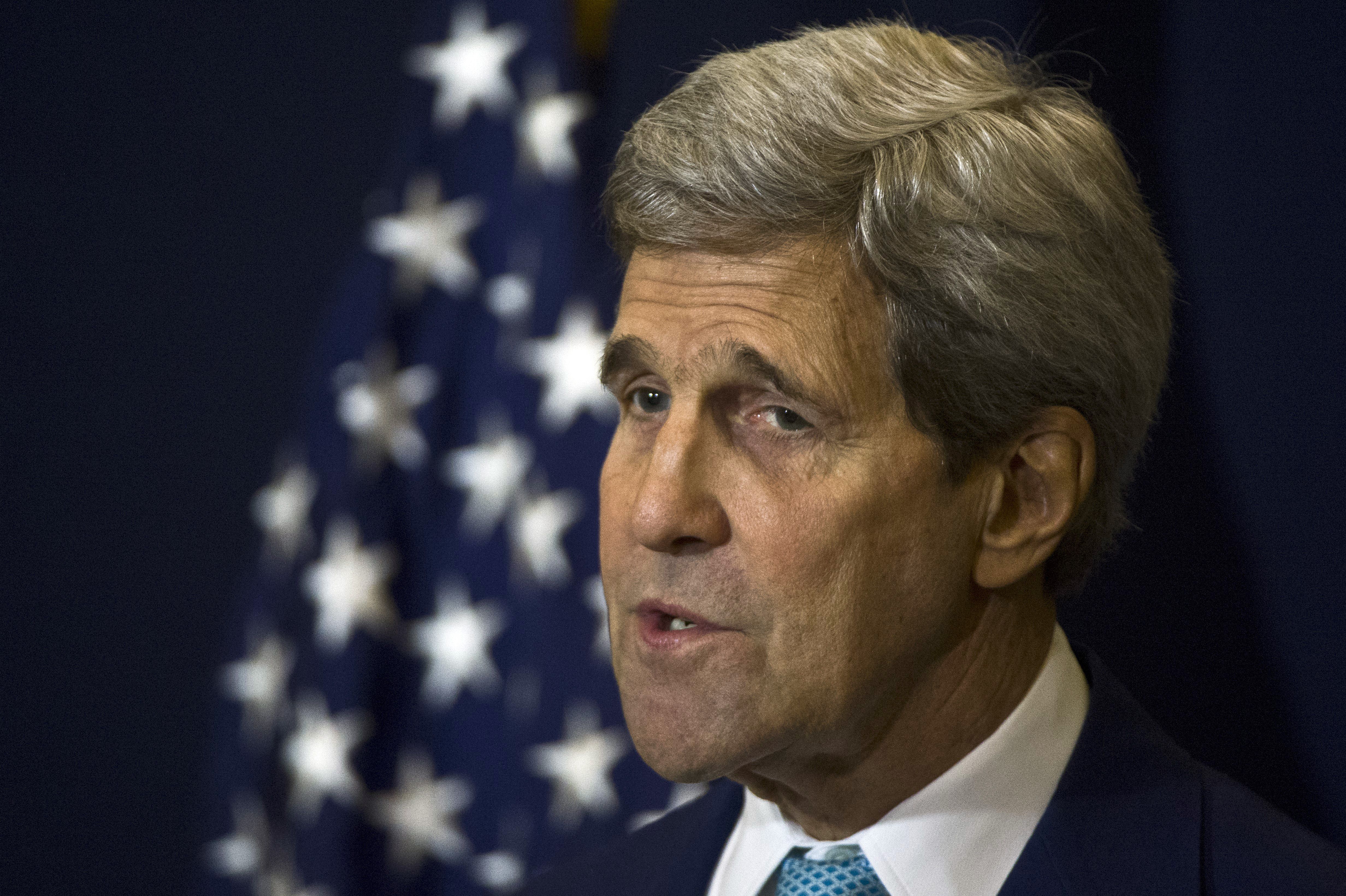 Secretary of State John Kerry criticized Senate Republicans' recent letter to Iranian leaders, saying the missive contained not only "false information" but that it was "directly calculated to interfere."

When asked whether he would take responsibility for the letter in the multi-party negotiations with foreign leaders over Iran's nuclear program, Kerry said "not on your life."

"I'm not going to apologize for the unconstitutional, un-thought-out action by somebody who's been in the United States Senate for 60-something days," Kerry told CBS News correspondent Margaret Brennan in an interview Sunday on "Face the Nation," referring to the letter's primary author, Sen. Tom Cotton, R-Ark. "That's just inappropriate."

The country's lead diplomat said the letter was an obvious attempt to meddle in foreign affairs in an unprecedented way.

"The effect and the intent of the author was to basically say, 'Don't do this deal,'" Kerry said. "It's like--you know--giving people a grade on a test before the test is even written, let alone given. It's wrong, it's unprecedented, and I hope it hasn't made it very difficult here."

The former chair of the Senate Foreign Relations Committee decried the "calculated" attempt to "interfere" with negotiations over Iran's nuclear program.

"It specifically inserts itself directly to the leader of another country saying, 'Don't negotiate with these guys because we're going to change this,'" Kerry said.

Kerry also responded to Sen. Bob Corker, R-Tennessee, who, though he didn't sign on with his fellow Republicans, recently wrote his own message to the White House expressing his concern over the interference of the United Nations.

"I talked to him about it the other day and made it clear we are negotiating under the auspices, to some degree, of the United Nations," Kerry said. "So just as Congress has to vote to lift sanctions, so Congress does have the vote, so does the United Nations have to lift some sanctions at some point in time."

It's not the first time the secretary of state has condemned Senate Republicans over the letter meant to interfere with the sensitive talks. He has previously said he was in "utter disbelief" of their "unprecedented" actions, but he hopes that the chance for diplomacy with Tehran has not been hindered.

"If they moved along the road to decide suddenly to break out and rush to try to have enough fissile material to build a bomb, we have a number of options available to us," the secretary of state said, though he did not specify a recourse. "President Obama has said they are all on the table."

This week on "Face the Nation with Margaret Brennan," January 30, 2022