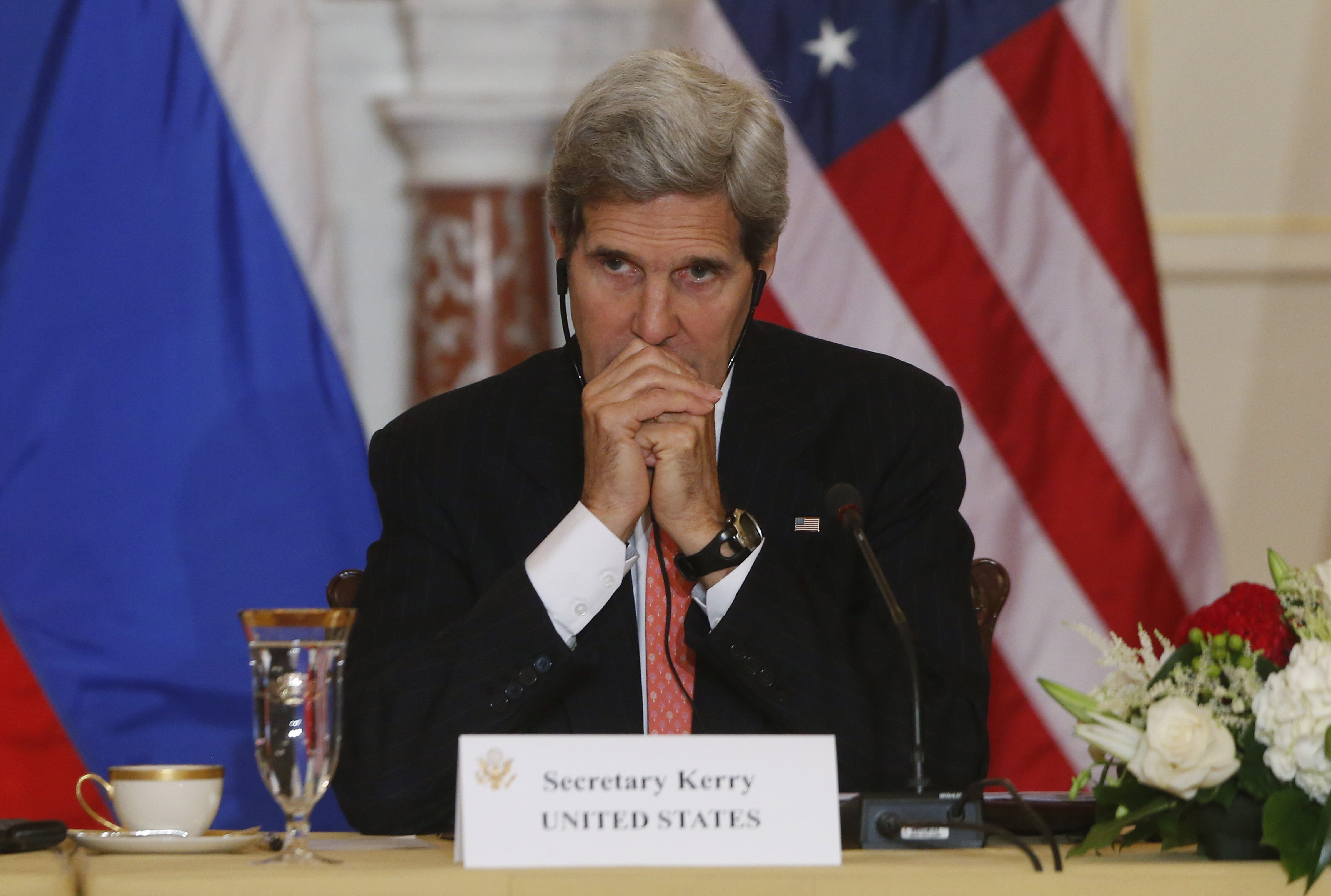 BOGOTA, Colombia U.S. Secretary of State John Kerry's attempts to build warmer relations with two U.S. allies in Latin America may be hindered by resentment after reports about an American spy program that widely targeted data in emails and telephone calls across the region.

Kerry is visiting Brazil and Colombia this week, his first trip to South America as the Obama administration's chief diplomat. It comes at a time that disclosures by National Security Agency leaker Edward Snowden could chill talks on several fronts.

Those include trade and energy, and even discussions about the Oct. 23 state dinner that President Obama is hosting for Brazil's president, Dilma Rousseff.

Kerry arrived late Sunday in Bogota, the Colombian capital. The country is holding peace talks to end a half century-old conflict with the Western Hemisphere's most potent rebel army, a rebel force diminished in strength thanks in considerable measure to U.S. military and intelligence support.

Colombia's president, Juan Manuel Santos, said Thursday that he wanted clarification from Washington on whether U.S. intelligence-gathering in Colombia had overstepped the countries' joint operations against drug traffickers and illegal armed groups. The U.S. has supplied Colombia with eavesdropping equipment, technicians and aerial surveillance.

Santos said in an interview with The Associated Press that Vice President Joe Biden called him about the issue following revelations by Snowden that U.S digital snooping has targeted allies as well as foes. Santos said Biden offered a series of technical explanations. Asked if he was satisfied with them, Santos replied, "We are in that process."

Biden also called Rousseff to express what Brazil's communications minister, Helena Chagas, said was "his regret over the negative repercussions caused by the disclosures." Biden invited Brazilian officials to Washington to get details about the spy program.

Rousseff told Biden that the privacy of Brazilian citizens and the country's sovereignty cannot be infringed upon in the name of security, and that Brazil wanted the U.S. to change its security policies and practices.

During Kerry's visit, the U.S. wants to show its support for the peace talks between the Colombian government and the Revolutionary Armed Forces of Colombia, or FARC, which are taking place in Cuba.

Colombia is one of the United States' closest allies in the region, but the reports about the spying program have rankled Colombian officials.

Brazil's O Globo newspaper reported last month that citizens of Colombia, Mexico, Brazil and other countries were among the targets of a massive NSA operation to secretly gather information about phone calls and Internet communications worldwide. The reports were based on information provided by Snowden.

Last week, Brazil's Foreign Minister Antonio Patriota was at the United Nations with counterparts from other South American nations to express their indignation about the spy program to U.N. Secretary-General Ban Ki-moon.

The Obama administration has worked to forge stronger ties with Latin America. In May, Obama took a three-day trip to Mexico and Costa Rica. Biden has visited Colombia and Brazil, where he said stronger trade ties and closer cooperation in education, science and other fields should usher in a new era of U.S.-Brazil relations this year.

Brazil has received much attention in recent months because of Pope Francis' visit and preparations for the 2014 World Cup and the 2016 Olympics to be held in Rio de Janeiro.

The protests have weakened her domestic support, but she can bolster her poll numbers with a strong stand against the U.S. over the spying allegations, said Carl Meacham, former Latin America adviser on the Senate Foreign Relations Committee and director of the Americas Program at the Center for Strategic and International Studies in Washington.

"I think the tone of the visit will be a bit tense because of these issues raised by the surveillance (program) and I think Secretary Kerry will have to speak to that," he said.

That assessment was shared by Michael Shifter, president of the Washington-based Inter-American Dialogue

"I don't think this is going to be a warm 'abrazo,"' said Shifter, using the Spanish word for "hug." "I think it will be businesslike."