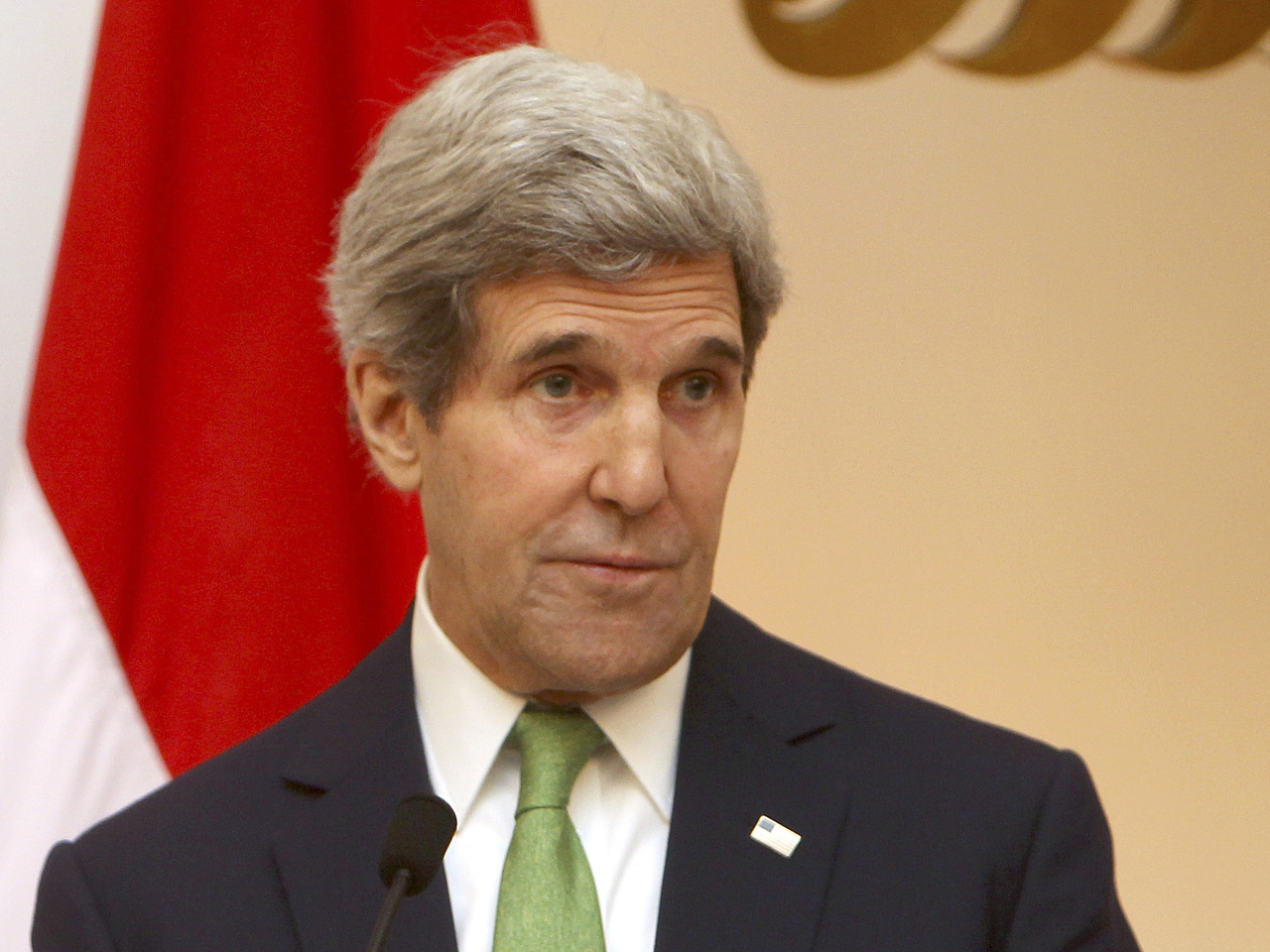 JAKARTA, Indonesia -- U.S. Secretary of State John Kerry on Monday accused Syrian President Bashar Assad of stonewalling in peace talks and called on Russia to push its ally to negotiate with opposition leaders.

"Right now, Bashar al-Assad has not engaged in the discussions along the promised and required standard that both Russia spoke up for and the regime spoke up for," Kerry said during a press conference in Jakarta with Indonesian Foreign Minister Marty Natalegawa.

He said Assad's team "refused to open up one moment of discussion" of a transitional government to replace Assad's regime.

"It is very clear that Bashar Assad is trying to win this on the battlefield instead of coming to the negotiating table in good faith," Kerry said

Peace talks last week in Geneva ended with no progress toward breaking the impasse in the nearly 3-year-old conflict in Syria.

Kerry also had harsh words for Assad's allies in Moscow.

"Russia needs to be a part of the solution and not be contributing so many more weapons and so much more aid that they are in fact enabling Assad to double down," he said.

Russia has told the U.S. it was committed to helping create a transitional government, Kerry said, but has not delivered "the kind of effort to create the kind of dynamic by which that could be achieved."

On Sunday, Syrian Foreign Minister Walid al-Moallem blamed the U.S. for the breakdown in negotiations, saying the U.S. tried to "create a very negative climate for dialogue in Geneva."

Syria's conflict started as largely peaceful protests against Assad in March 2011 but later degenerated into a civil war in which more than 140,000 people have been killed, according to activists.

The U.N.'s human rights office said in January it has stopped updating the death toll from the war, confirming that it can no longer verify the sources of information that led to its last count of at least 100,000 in late July.

Millions have been driven out of their homes, seeking shelter in neighboring countries and in safer parts of their homeland.

Washington and its European and Persian Gulf allies are backing the opposition in Syria's conflict. Russia and Iran are supporting Assad's government.

"The talks themselves are taking a recess for the moment," Kerry said Monday. "But all of us need to remember that there is no recess for the people of Syria who are suffering."

He added: "The international community needs to use this recess in the Geneva talks to determine how to use this time most effectively in order to bring about a political solution. We still believe there is no military solution."