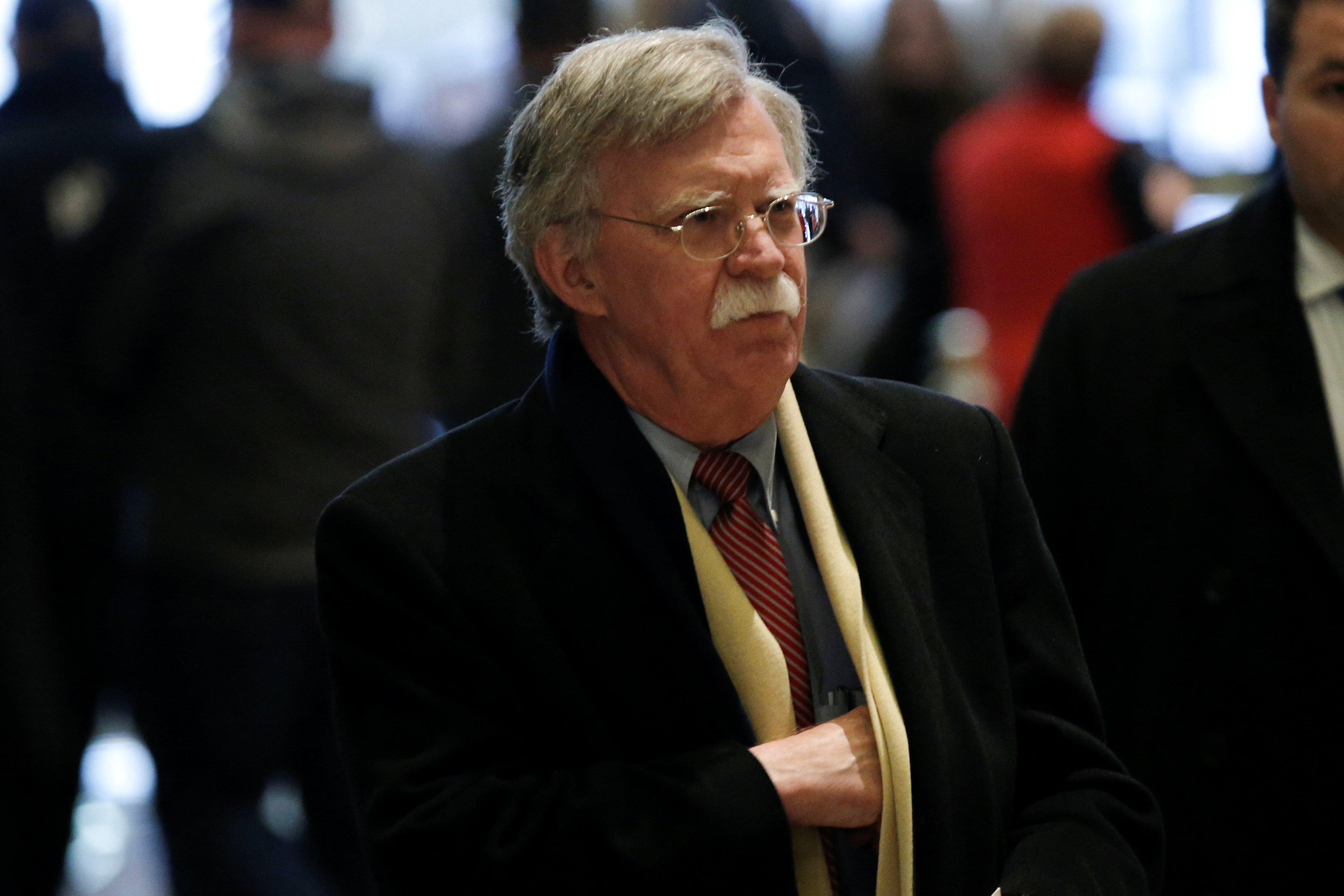 John Bolton, who may be named deputy secretary of state, is suggesting that the U.S. intelligence community’s conclusion about Russian hacking that favored Republican nominee Donald Trump could be a deception, a “false flag.”

In an interview Sunday, Bolton told Fox News’ Eric Shawn, “It is not at all clear to me, just viewing this from the outside, that this hacking into the DNC and the RNC computers was not a false flag operation.”

Bolton reasoned that Russia would be too sophisticated to leave evidence of its hacking.  “If you think the Russians did this, why did they leave fingerprints?” he asked.

Bolton didn’t elaborate on the term “false flag,” he seemed to be suggesting that someone could have been attempting to falsely lead the public into believing Russia was to blame for the hacking.

Shawn followed up by asking, “Are you actually accusing someone here in the administration or in the intelligence community of trying to throw something?”

Bolton was not specific: “We just don’t know,” he replied. “But I believe that intelligence has been politicized in the Obama administration to a very significant degree.”

He added that, “The notion of some kind of independent investigation becomes extremely important.”

President-elect Trump also disputes the intelligence agencies’ conclusion that Russia intervened in the election to help his candidacy. “I think it’s ridiculous. I think it’s just another excuse. I don’t believe it,” he told Fox News’ Chris Wallace on “Fox News Sunday.”

The CIA’s conclusion about Russian hacking that favored Mr. Trump is a “high-confidence judgment,” CBS News Jeff Pegues reports. And that judgment is something that caught the attention of former acting CIA Director Michael Morell.

“[T]he C.I.A. doesn’t come to a high-confidence judgment just based on circumstantial evidence.” So I think they’ve got more here,” Morell said on “CBS This Morning” Monday. “I think they’ve got sources who are actually telling them what the intent was.”

Sen. John McCain, R-Arizona, is calling for a select committee to probe Russian influence in the presidential election. But he has no doubt that the Russians meddled.

“[I]t’s clear the Russians interfered,” he told CBS News’ “Face the Nation.” “Whether they intended to interfere to the degree that they were trying to elect a certain candidate, I think that’s a subject of investigation. But facts are stubborn things. They did hack into this campaign.”

Morell, in considering the president-elect’s dismissal of the CIA’s judgment, hypothesized that he is looking at the CIA through the wrong lens.

“[W]hat I think’s going on here is that he believes that this is a political judgment. He believes that the C.I.A. is a political institution and he’s gonna have to learn that it’s not. It is apolitical,” Morell told “CBS This Morning.” “It is there to tell him, ‘call ‘em like you see ‘em.’ It is the most important institution to him in that regard. It’s gonna tell him-- how to think about the world in a way that is divorced of politics and divorced of policy. And he’s gonna have to start understanding that.”