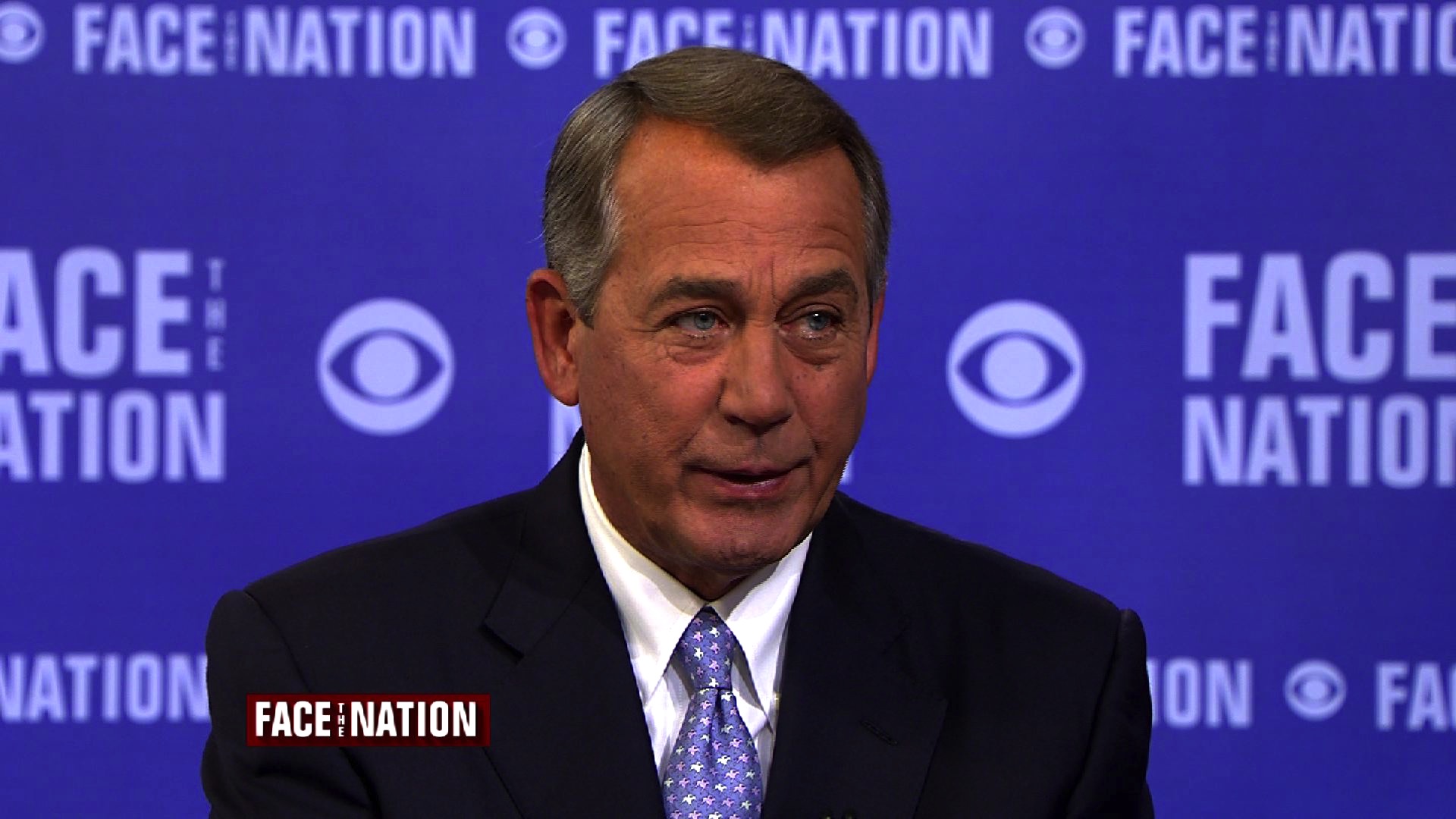 House Speaker John Boehner said on "Face the Nation" Sunday that dissent within the GOP on how to block the president's unilateral actions on immigration is merely an "argument over tactics," adding that he still believes he can lead his conference.

That argument over tactics nearly led to a shutdown of the Department of Homeland Security (DHS) Friday evening before it ran out of funding at midnight. The House and Senate barely scraped together a one-week funding extension for the agency after other proposals, including a year of funding that blocked Mr. Obama's immigration moves or a clean three-week extension, failed to clear one or both chambers.

Republicans want to prevent Mr. Obama from implementing a plan that would remove the threat of deportation for several million immigrants in the U.S. illegally, while Democrats have accused the GOP of playing politics with DHS funding. In the interview Sunday, Boehner said the president was the source of the drama.

"Remember what's causing this: It's the president of the United States overreaching and that's not just on immigration. You know 38 times he made unilateral changes to Obamacare, many of these, I believe, far beyond his constitutional authority to do so. And so the frustration in the country, represented through the frustration of our members, has people scared to death that the president's just running the country right off the cliff," Boehner said.

Now he's pushing for the House and Senate to meet this week a joint conference committee to hammer out differences in their priorities and come up with legislation to fund the department. Boehner noted that House Minority Leader Harry Reid, D-Nevada, embraced the idea of working with the House GOP in a conference when he was the majority leader in the last conference. But he also acknowledged that the House could wind up with the DHS funding bill in its lap once again if Senate Democrats block efforts to meet in committee.

As for the infighting in his own party, Boehner said, "We do have some members who disagree from time to time over the tactics that we decide to employ, but remember, Republicans are united in this idea that the president has far exceeded his constitutional authority and we all want to do things to stop the president from his illicit activities."

He admitted, however, that he is doesn't believe the members of his party that will stop at nothing to block Mr. Obama's immigration actions - which are also being challenged in court - have a plan for how to move forward.

Boehner has struggled to lead what he calls a "rambunctious" House of Representatives since the 2010 tea party wave that made him House Speaker. He said that while he likes his job most days, Friday "wasn't a whole lot of fun.

"It was just messy. And I'm not into messy," Boehner said. "But listen I enjoy being in a legislative body. I enjoy all the personalities and I've got a lot of them."