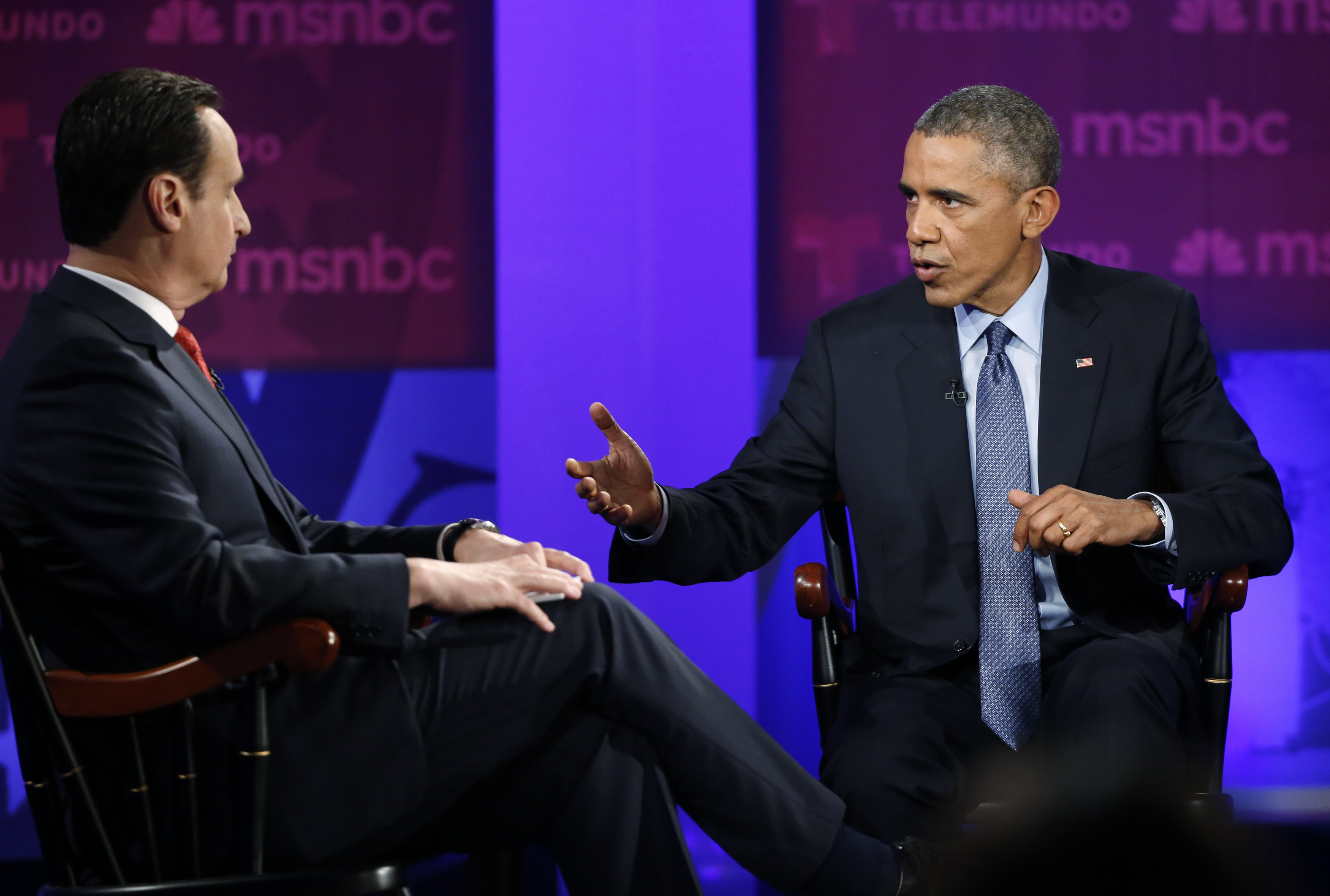 Mr. Obama said he expected to win when a U.S. circuit court hears his appeal, but added that his administration will "take it up from there" if the appeal fails, in an apparent reference to the Supreme Court. He said at each stage of the process, the White House believes it has the better argument.

"This is just one federal judge," the president said of the district judge in Texas who put the order on hold. "We have appealed it very aggressively. We're going to be as aggressive as we can."

The strong-willed defense of the president's executive actions came as millions of immigrants in the U.S. illegally wait to see whether the order shielding them from deportation will be upheld. A 26-state coalition led by Texas is suing Mr. Obama, alleging he overstepped his legal authority.

Dismissing those hoping for a presidential about-face, the president insisted he was "absolutely committed" to the new policy, which he described as focusing deportation efforts on felons.

"People should be gathering up their papers, make sure you can show you are a long standing resident of the United States," Mr. Obama said at a town hall meeting hosted by the Spanish-language TV network Telemundo. He said immigrants should make sure that by the time the legal issues are sorted out, "you are ready to go."

As Mr. Obama spoke in Miami, another immigration drama was playing out in Congress, where lawmakers were attempting to fund Homeland Security over the insistence by some Republicans that the immigration actions be repealed at the same time.

Mr. Obama derided Republicans for holding national security funding hostage and said he would veto a stand-alone measure to repeal his actions being contemplated in the Senate.

The immigration dispute has increasingly taken on political overtones as focus shifts to the campaign for the president's successor, raising questions about whether Republicans can appeal to the fast-growing number of Hispanic voters.

Mr. Obama said the first question for 2016 presidential candidates should be whether they really intend to deport 11 million people living here illegally. If not, voters should demand to know their alternative plan, Obama said.

Of Jeb Bush, a likely Republican candidate who is one of his party's more moderate voices on immigration, the president said he appreciated that the former Florida governor was concerned about fixing the immigration system.

"I would suggest he talk to the speaker of the House and the members of his party," Mr. Obama said.