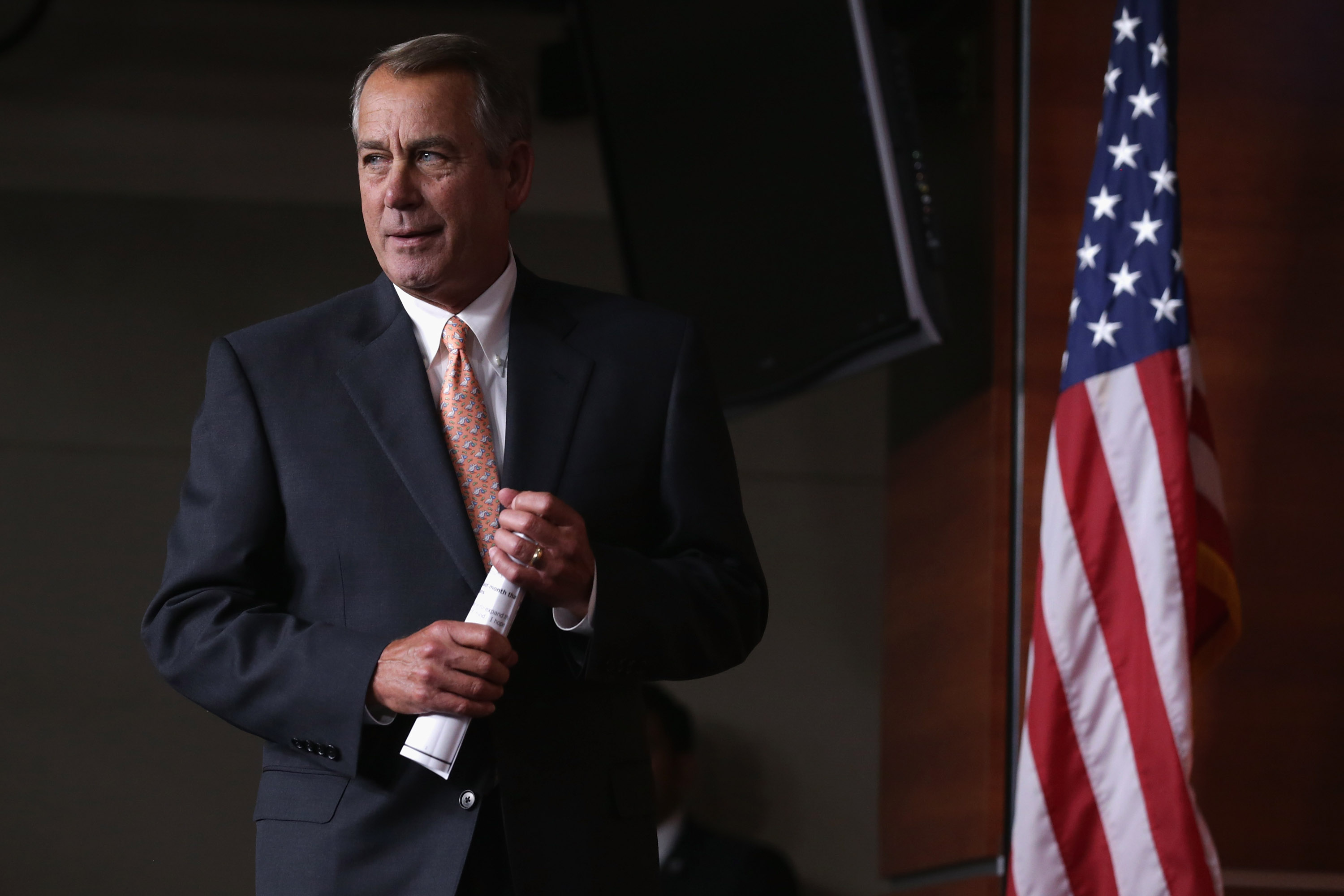 House Speaker John Boehner, R-Ohio, told his Republican caucus during a meeting on Tuesday morning that a Senate bill funding the Department of Homeland Security (DHS) through September - but not restricting President Obama's immigration policies - will come up for a vote in the House on Tuesday afternoon, a source inside the closed-door meeting tells CBS News.

The move is sure to disappoint conservative members of Boehner's caucus, who have demanded that any bill to fund DHS include language preventing the president from moving forward with his plan to shelter millions of undocumented immigrants in the U.S. from the threat of deportation.

The bill is expected to receive overwhelming Democratic support, and a significant number of Republicans are expected to sign on as well. If it passes, it will effectively end the standoff over funding the Department of Homeland Security that nearly prompted a shutdown of the department last Friday, when the House and Senate passed a bill funding the department for another week just minutes before that funding ran dry.

Boehner directed the blame at the Senate, where Republicans were unable to break a Democratic filibuster and insert the immigration restrictions into a funding bill. "As you've heard me say a number of times, the House has done its job by passing legislation to fund DHS and block the president's executive actions on immigration," Boehner said, according to the source. "Unfortunately, the fight was never won in the other chamber. Democrats stayed united and blocked our bill, and our Republican colleagues in the Senate never found a way to win this fight."

The speaker urged his caucus to look to the courts to stop Mr. Obama's executive actions, noting a federal judge's decision last week to halt implementation of the plan. "The good news is that the president's executive action has been stopped, for now," Boehner told his rank-and-file, according to the source. "This matter will continue to be litigated in the courts, where we have our best chance of winning this fight." The administration has appealed the ruling.

Boehner also took a veiled swipe at the 52 members of the Republican caucus - most of them on the party's right flank - who bucked party leaders to defeat a continuing resolution (CR) to fund DHS for three weeks last Friday. "The three-week CR we offered would have kept this fight going and allowed us to continue to put pressure on Senate Democrats to do the right thing," he said, according to the source. "Unfortunately, that plan was rejected."

Boehner is in a precarious position with conservatives in his caucus, who have chafed at some of his previous decisions as speaker. Over two dozen House Republicans voted against reinstalling Boehner as speaker when the new Congress began in January, and many believe this latest kerfuffle will only deepen the tension between the two camps.

There is a relatively obscure provision in the House rulebook that could allow the Senate's bill to come up for an up-or-down vote in the House without forcing Boehner to actually introduce the measure himself -- a procedural maneuver that could help insulate the speaker from an insurrection on the right, if he chooses to use it.

A clause in House Rule XXII would allow any member of the House, Republican or Democrat, to offer a "privileged" motion to force the House to vote on the Senate's bill. That path becomes open, according to the House rules, "when a stage of disagreement has been reached on a bill or resolution." The Senate's refusal to enter conference negotiations with the House on DHS funding would signify such a disagreement.