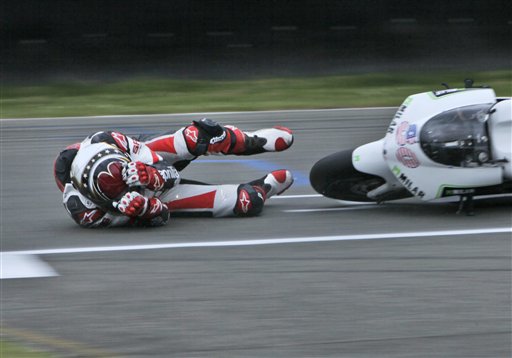 Why is our own attorney general always trying to scare us? In his latest Against the Grain commentary, CBSNews.com's Dick Meyer says its time for President Bush to rein him in.


Who needs terrorists when we have John Ashcroft to scare us out of our pants?

The way the attorney general detonated the "dirty bomber" case this week completes his metamorphosis from a common press hog to a genuine fear monger.

That Ashcroft insisted that he had to scoop all the other terror warriors (Mssrs. Mueller, Wolfowitz and Thompson) and make the announcement about Jose Padilla, a.k.a. Abdullah Al Muhajir, in a panicky performance from Moscow shows what a camera-moth Ashcroft is.

That Ashcroft overstated the threat of the Padilla Plot and of "dirty bombs" as weapons of mass destruction, shows with egregious clarity how willing Ashcroft is to use scare-tactics to grab headlines, control the news agenda and make himself look good.

In his Monday statement, Ashcroft said, "In apprehending Al Muhajir as he sought entry into the United States, we have disrupted an unfolding terrorist plot to attack the United States by exploding a radioactive 'dirty bomb.'"

By Monday night, my colleague Jim Stewart, was reporting that FBI sources were "backing off" Ashcroft's assertion that there was a specific, developed, real plan to use a "dirty bomb" in the U.S.

By Tuesday morning, Deputy Defense Secretary Paul Wolfowitz, the Administration's hardest hard-liner, was telling CBS News that, " I don't think there was actually a plot beyond some fairly loose talk and [Al Muhajir's] coming in here obviously to plan further deeds."

By Wednesday morning, White House sources were telling USA Today that Ashcroft had been chastised for overplaying the Padilla Plot.

On Monday, Ashcroft also said that, "a radioactive 'dirty bomb' involves exploding a conventional bomb that not only kills victims in the immediate vicinity, but also spreads radioactive material that is highly toxic to humans and can cause mass death and injury."

In truth, while "dirty bombs" are extremely dangerous, it is an exaggeration to say they will cause "mass death and injury." The conventional explosion that initiates a "dirty bomb" can cause death and destruction in the immediate vicinity of the blast. But the effects of the radiation that is then spread are long-term and very uncertain. Perhaps the worst effects of a "dirty bomb" are fear and panic. Ashcroft did his part.

The crazy thing is that Al Muhajir does seem to be an actual bad guy. And al Qaida is actually interested in using "dirty bombs." It is unquestionably a success that he was apprehended. Ashcroft didn't need to exaggerate the threat and scare us more than necessary to get some credit for that success.

This is a pattern with the attorney general. In October, Ashcroft presided over two general warnings about impending acts of terror. In his October 29 warning, he said, "the administration has concluded based on information developed that there may be additional terrorist attacks within the U.S. and against U.S. interests over the next week."

Ashcroft was gently criticized then for scaring, not calming, in a way that didn't make us safer or more prepared.

The same was true in April when he put on another hastily arranged road announcement, this time in Pittsburgh, to warn that banks in the Northeast could be terror targets. "It's important to note that there is no specific threat to any specific institution," Ashcroft said. "We are not asking the banks to close, nor urging people to stay away from banks."

So why bother to make the announcement?

Well, it was a slow Friday and he had a good chance of leading all three network news broadcasts.

The administration is taking heat lately for timing its news making to further its political agenda. President Bush proposed the new homeland security cabinet agency just as Congress was starting its "connect the dots" hearings and as an FBI whistleblower was preparing to testify. The hearings continued as the Padilla Plot was unveiled.

Minister of Propaganda Ari Fleischer hates to hear stuff like that. "Look," he said, "these very few people who want to make such an outlandish political accusation represent the most cynical among the most partisan, and they're not to be taken seriously." Go ahead, Ari, call us unpatriotic.

Personally, I think Fleischer should be proud of his team's agenda control prowess.

They kept the homeland security agency announcement a secret, they timed it to eclipse some negative stories and to give the proposal more momentum in Congress. That's called politics. Or governing. Or statecraft. Democrats and reporters shouldn't be "shocked, shocked." And White House spinners shouldn't ride around on their high horsies.

But scaring people is another matter. And it's turning the Department of Justice into the Ministry of Fear.