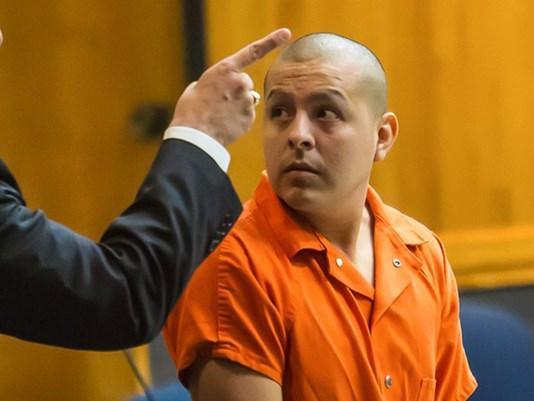 BROWNSVILLE, Texas -- A South Texas jury has acquitted a Border Patrol agent of murder but convicted him of aiding organized crime in a drug-related case that left a man decapitated.

Joel Luna was acquitted Tuesday in Brownsville of the most serious charges in the 2015 death. Prosecutors contend Luna used his position to help a Mexican cartel move illegal weapons and ammunition south of the border and drugs to the north.

His brother, 26-year-old Eduardo Luna, was convicted of capital murder for retaliation, murder and two counts of engaging in organized criminal activity and sentenced to mandatory life in prison without parole.

The victim, Francisco Palacios Paz, was a Honduran immigrant who worked at Eduardo Luna’s tire shop, reports MySanAntonio.com.His headless body was found floating off the Texas coast in March of 2015. According to the report, prosecutors say he was killed over alleged “snitching” on the the drug trafficking enterprise.

A third Luna brother testified earlier that he saw Eduardo Luna fatally shoot Paz. Joel Luna, an Iraq War veteran, had been assigned to a Hebbronville checkpoint at the time and prosecutors couldn’t link him to the slaying, reports the website.