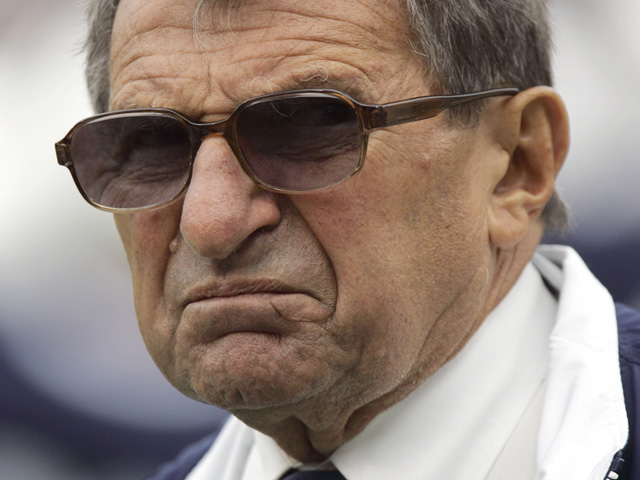 STATE COLLEGE, Pa. - Former Penn State coach Joe Paterno has a treatable form of lung cancer, according to his son.

Scott Paterno said in a statement provided to The Associated Press by a family representative on Friday that the 84-year-old Joe Paterno is undergoing treatment and that "his doctors are optimistic he will make a full recovery."

"As everyone can appreciate, this is a deeply personal matter for my parents, and we simply ask that his privacy be respected as he proceeds with treatment," Scott Paterno said in a brief statement.

Scott Paterno said the diagnosis was made during a follow-up visit last weekend for a bronchial illness.

Earlier Friday, the Standard-Speaker newspaper of Hazleton, Pa., reported that Paterno had been seen Wednesday visiting the Mount Nittany Medical Center and was treated for an undisclosed ailment and released.

Paterno was fired last week in the aftermath of shocking allegations against former defensive coordinator Jerry Sandusky, charged with sexually abusing eight boys over 15 years. He initially announced his retirement effective the end of the season the morning of Nov. 9 before university trustees fired him about 12 hours later.

The lurid scandal tarnished the reputation of a football program that once prided itself on the slogan "Success with Honor." The Hall of Famer's 409 career victories are a Division I record.