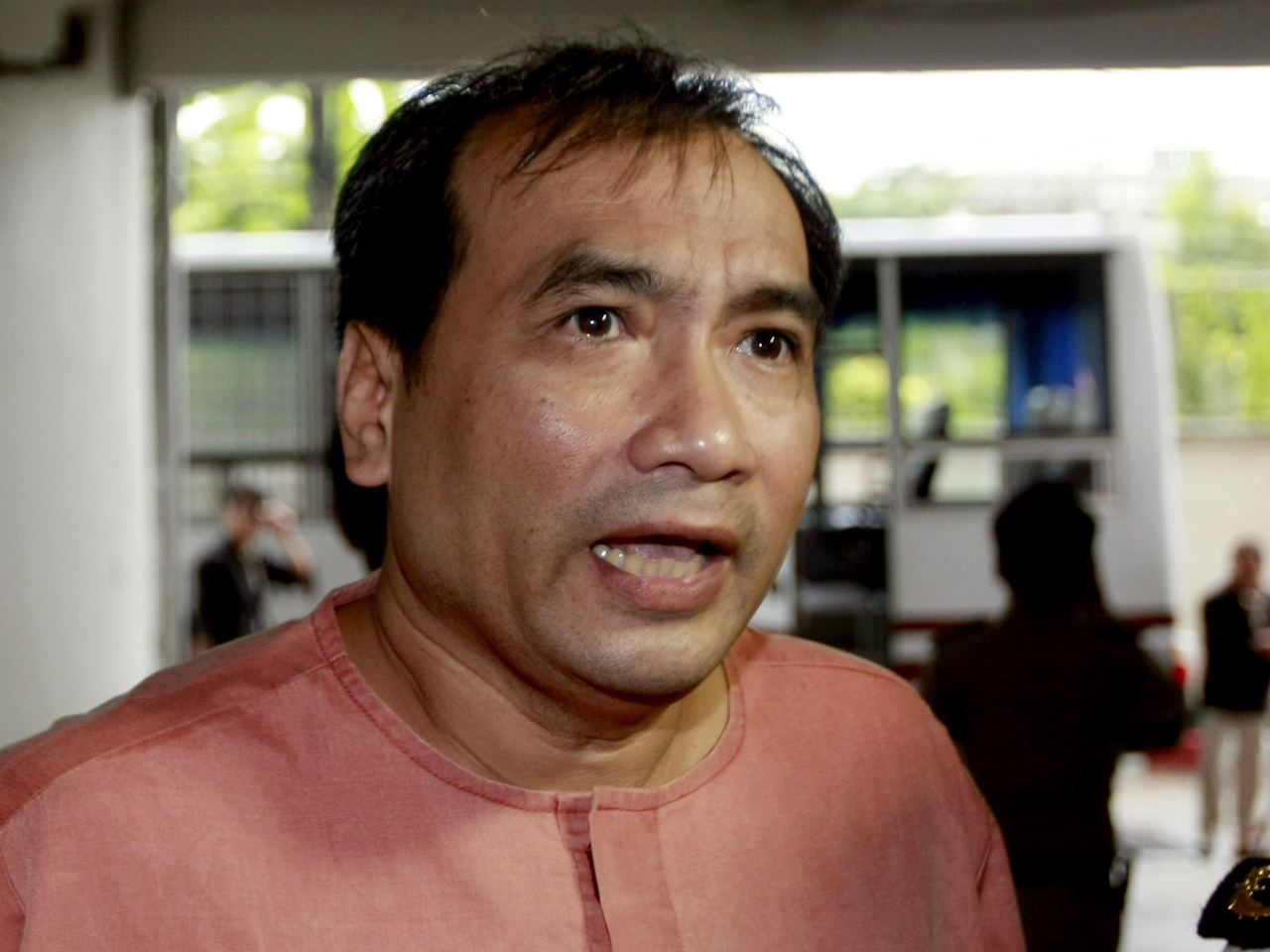 (AP) BANGKOK - An American sentenced to two and a half years in Thai prison for translating a banned biography about the country's king and posting the content online has been freed by a royal pardon, the U.S. Embassy said Wednesday.

Joe Gordon was convicted in December for translating excerpts of the book "The King Never Smiles" from English into Thai. The punishment was a high-profile example of the severe sentences meted out here for defaming Thailand's royal family, an issue that has raised concern about freedom of expression in this Southeast Asian kingdom.

No reason was given for the pardon, but U.S. officials have pressed Thai authorities to release the Thai-born American since he was first detained in May 2011. Gordon was freed from Bangkok's Remand prison late Tuesday, U.S. Embassy spokesman Walter Braunohler said.

"We are pleased that His Majesty King Bhumibol Adulyadej granted Joe Gordon a royal pardon, which allowed him to be released from prison," Braunohler said. "We urge Thai authorities on a regular basis, both privately and publically, in Bangkok and in Washington, to ensure that freedom of expression is protected in accordance with its international obligations."

Braunohler declined to comment on Gordon's whereabouts or what his future plans were. Gordon's lawyer, Arnon Numpa, told The Associated Press he would likely return to America within several days.

Bhumibol, the world's longest-reigning monarch, is revered in Thailand and is widely seen as a stabilizing force. But Thailand's lese majeste laws are the harshest in the world. They mandate that people found guilty of defaming the monarchy; including the king, the queen and the heir to the throne; face three to 15 years behind bars. The nation's 2007 Computer Crimes Act also contains provisions that have enabled prosecutors to increase lese majeste sentences.

Opponents of the laws say that while the royal family should be protected from defamation, lese majeste laws are often abused to punish political rivals. That has been especially true amid the political turmoil that has followed a 2006 military coup.

Many had hoped the administration of Prime Minister Yingluck Shinawatra, which assumed power after elections a year ago and has prominent supporters who have been accused of lese majeste, would reform the laws. The issue remains highly sensitive, however, and Yingluck's government has been as aggressive in pursuing the cases as its predecessors.

Gordon, posted links to the banned biography of the king several years ago while residing in the U.S. state of Colorado, and his case has raised questions about the applicability of Thai law to acts committed by foreigners outside Thailand.

In the banned book, author Paul M. Handley retraces the king's life, alleging that he has been a major stumbling block to the progress of democracy in Thailand as he consolidated royal power over his long reign.

Gordon, who lived in the U.S. for about 30 years, was visiting his native country to seek treatment for arthritis and high blood pressure at the time of his arrest. After being repeatedly denied bail, he pleaded guilty in October last year in hopes of obtaining a lenient sentence. The judge said at the time that the punishment, initially set at five years, was reduced because of Gordon's plea.