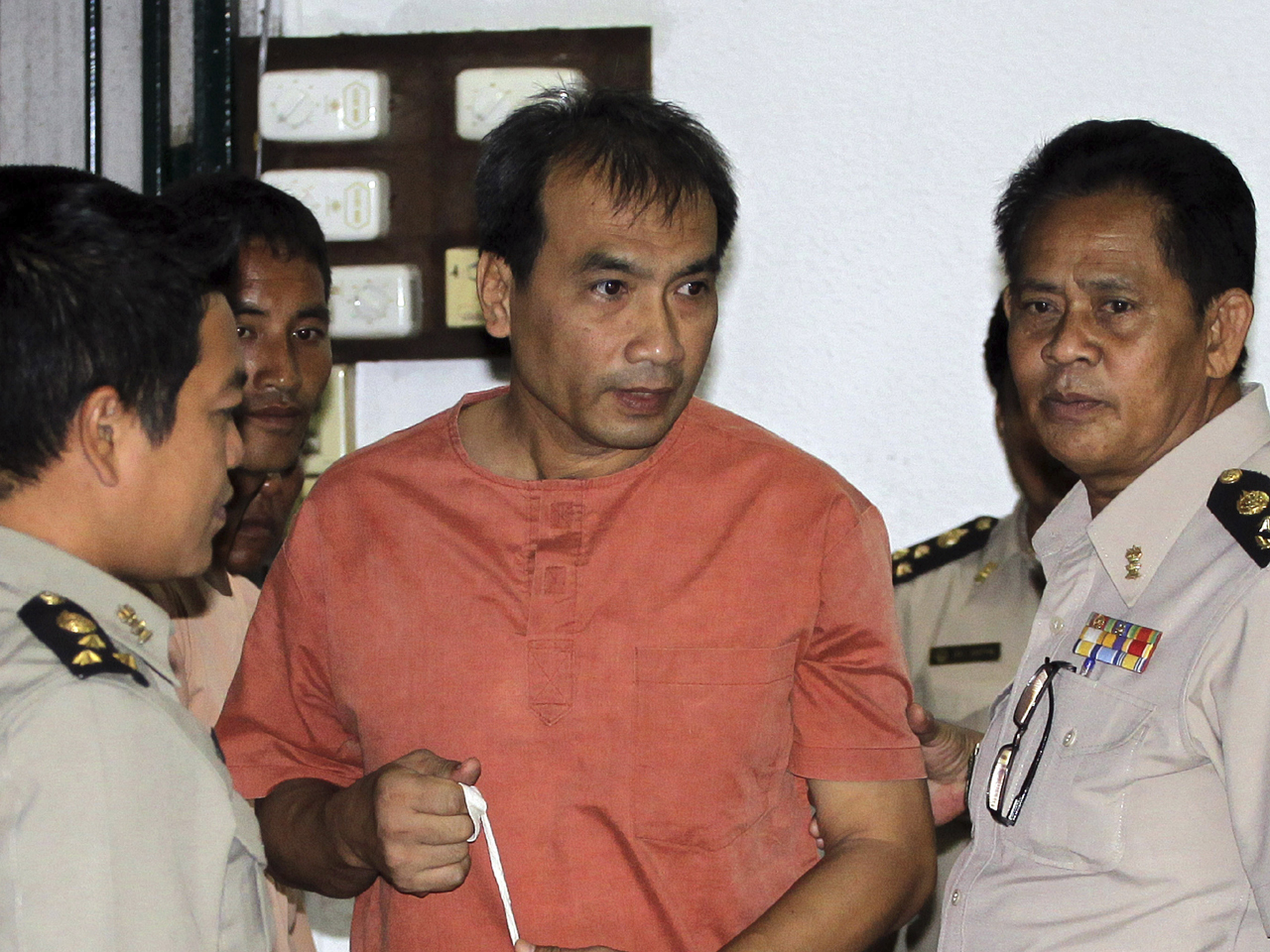 BANGKOK - A court in Thailand sentenced a U.S. citizen to two and a half years in prison Thursday for defaming the country's royal family by translating excerpts of a locally banned biography of the king and posting them online.

The verdict is the latest so-called lese majeste punishment handed down in the Southeast Asian kingdom, which has come under increasing pressure at home and abroad to reform harsh legislation that critics say is an affront to freedom of expression.

The 55-year-old Thai-born American, Joe Gordon, stood calmly with his ankles shackled in an orange prison uniform as the sentence was read out at a Bangkok criminal court.

The sentence was relatively light compared to other recent cases. In November, 61-year-old Amphon Tangnoppakul was sentenced to 20 years in jail for sending four text messages deemed offensive to the crown.

Gordon posted links the to banned biography of King Bhumibol Adulyadej several years ago while living in the U.S. state of Colorado, and his case has raised questions about the applicability of Thai law to acts committed by foreigners outside Thailand.

Speaking after the verdict, Gordon said, "I am an American citizen, and what happened was in America."

He also said he had no expectation of being let off easy. "This is just the system in Thailand," he said. Speaking later in Thai, he added: "In Thailand, they put people in prison even if they don't have proof."

Gordon had lived in the U.S. for about 30 years. He was detained in late May during a visit to his native country to seek treatment for arthritis and high blood pressure. After being repeatedly denied bail, he pleaded guilty in October in hopes of obtaining a lenient sentence.

Thailand's lese majeste laws are the harshest in the world. They mandate that people found guilty of defaming the monarchy — including the king, the queen and the heir to the throne — face three to 15 years behind bars. The nation's 2007 Computer Crimes Act also contains provisions that have enabled prosecutors to increase lese majeste sentences.

The U.S. Embassy's consul general, Elizabeth Pratt, told reporters in Bangkok after the ruling that Washington considered Gordon's punishment "severe because he has been sentenced for his right to freedom of expression."

Opponents of the laws say that while the royal family should be protected from defamation, lese majeste laws have often been abused to punish political rivals. That is especially true since the nation suffered a 2006 military coup.

Asked if he would stay in Thailand after serving his time, Gordon said: "I would like to stay and see some positive Thailand. I want to see the real, amazing Thailand, not the messy Thailand."

Many had hoped that the administration of Prime Minister Yingluck Shinawatra, which has some prominent supporters who have been accused of lese majeste, would reform the laws. The issue remains highly sensitive, however, and Yingluck's government has been as aggressive in pursuing the cases as its predecessors.

The rise of the Internet in recent years has given Thai authorities many more targets to pursue. Last month, Information Minister Anudith Nakornthap said Facebook users who "share" or "like" content that insults the Thai monarchy are committing a crime. Anudith said Thai authorities asked Facebook to remove 86,000 pages between August and November because of alleged lese majeste content.

Gordon, a former car salesman, is accused of having translated excerpts from the unauthorized biography "The King Never Smiles," published by Yale University Press, into the Thai language and publishing them in a blog. He also provided links to the translation to two other Web forums, prosecutors say.

In the banned book, author Paul M. Handley retraces the king's life, alleging that he has been a major stumbling block to the progress of democracy in Thailand as he consolidated royal power over his long reign.

Bhumibol, the world's longest-reigning monarch, is profoundly revered in Thailand and is widely seen as a stabilizing force. He was feted Monday on his 84th birthday, during which he called on his countrymen to unite in response to the worst floods in more than half a century.

The king is frail and has stayed at a Bangkok hospital for more than two years.