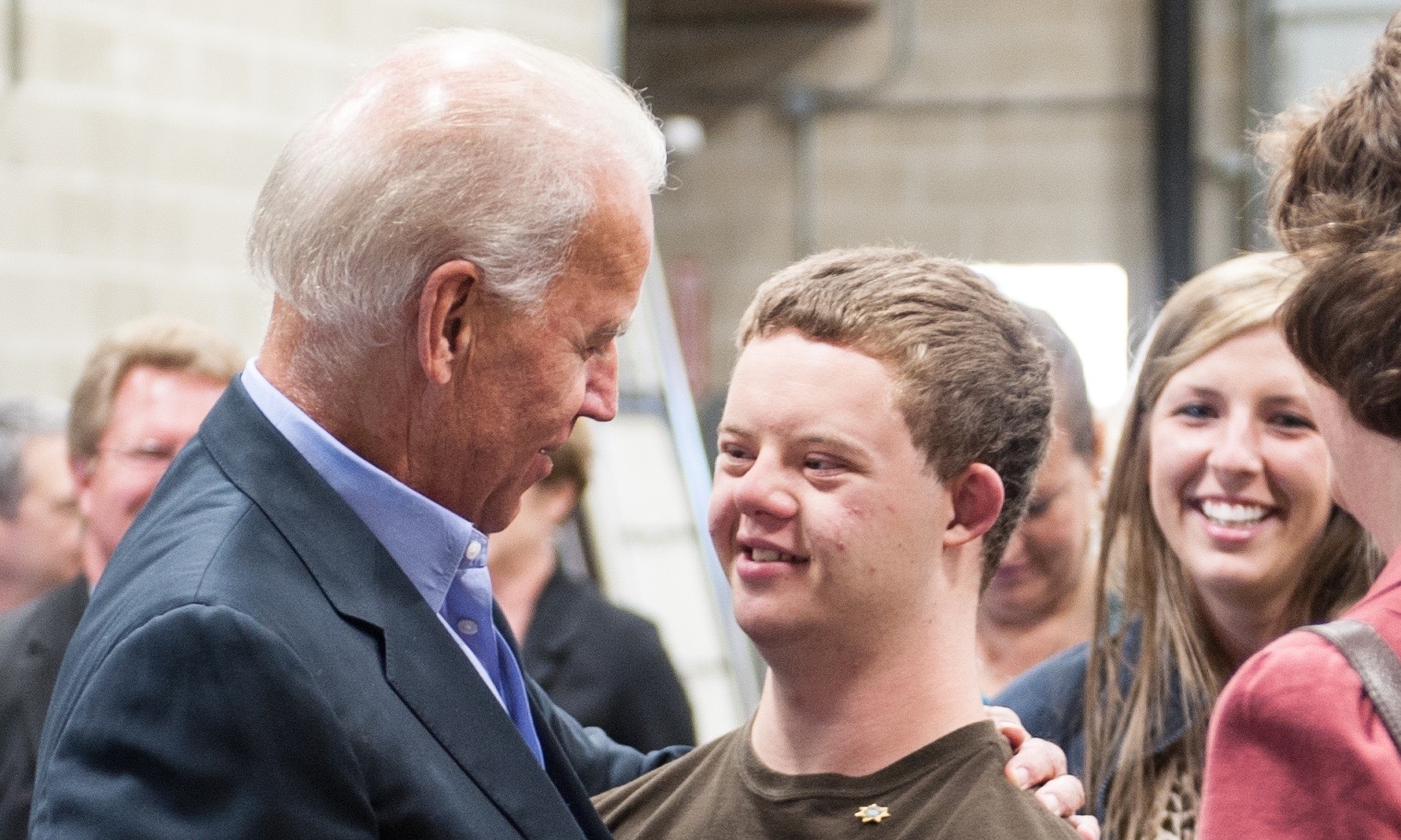 "Biden didn't brush him off and was patient with the way he speaks. You know, it is hard to understand him," Heddens said of the meeting with her son, Paul, who was then 12 years old.

Biden stayed in touch, calling on Thanksgiving to wish Paul a happy birthday and sending him a signed Sports Illustrated around Christmas.

After Biden announced he was ending his candidacy after a poor showing in the Iowa caucuses, Paul literally hugged him for hours, as he talked with disappointed supporters throughout the night.

They were still exchanging letters when then-Sen. Obama selected Biden to be his running mate. Biden sent Paul an Obama-Biden poster for his bedroom, and when he visited Iowa, Lisa and Paul got a tour of Air Force Two.

Eight years later, the vice president still "feels like family." And that's the reason Heddens will wait until Biden makes a decision on whether he'll run before she makes a decision about who she'll support.

State Senator Herman Quirmbach publicly endorsed Biden earlier this week, even though Biden has not yet announced his intention to run. Quirmbach, who is a friend of Heddens, is moved by Biden's friendship with Paul -- recalling that he even checked in on Paul a few years ago after he had been hospitalized.

"If that doesn't tell you a lot about that guy I don't know what would," Quirmbach says.

Like Heddens, Quirmbach supported Biden when he last ran for the presidency in 2008.

"I watched his interview on Colbert last week and it just reinforced what a genuine, decent, honest, human being he is. Someone who has real compassion for the people he serves, and we need to do everything we can to encourage him to get into the race," Quirmbach explains.

But Biden isn't in the race yet, and the campaigns of Hillary Clinton and Bernie Sanders are busy lining up support from Iowa legislators and grassroots activists. More than a dozen Iowa state legislators have already endorsed Clinton.

And for now, the Draft Biden movement is the only official Biden presence in the state. Teri Goodmann, one of the PAC's co-chairs, is a longtime Biden family friend and advocate. Support for him is a family affair - her daughter, Ellen Goodmann Miller, is now the Iowa state director for Draft Biden, and she served as Biden's campaign regional field director in 2007.

Biden's appeal this time around is an open question. He captured less than one percent of the vote in the Iowa caucuses in 2008, but he has a considerably higher profile now, having served as vice president for two terms. While his gaffes have been noted by the media, so has his authenticity.

There have not been many recent polls in the state - those that have been published within the last month show Biden with anywhere from 10-20 percent support, which is not bad, considering that he isn't running yet.

Goodmann and the other Draft Biden co-chair, Kevin McCarthy (no relation to the GOP House majority leader), were both on hand in Washington Wednesday at Biden's invitation, for the Pope's visit at the White House, followed by lunch at the vice president's residence. There has still been no word, however, on whether the vice president has come any closer to making a decision to pursue a third bid for the White House.

What will help Biden, if he runs, is that quality his Iowan friends know well: his ability to forge lasting relationships, to connect with the people he has always wanted to champion.

"Of all the millions of people that he meets, he remembers you," Heddens says.