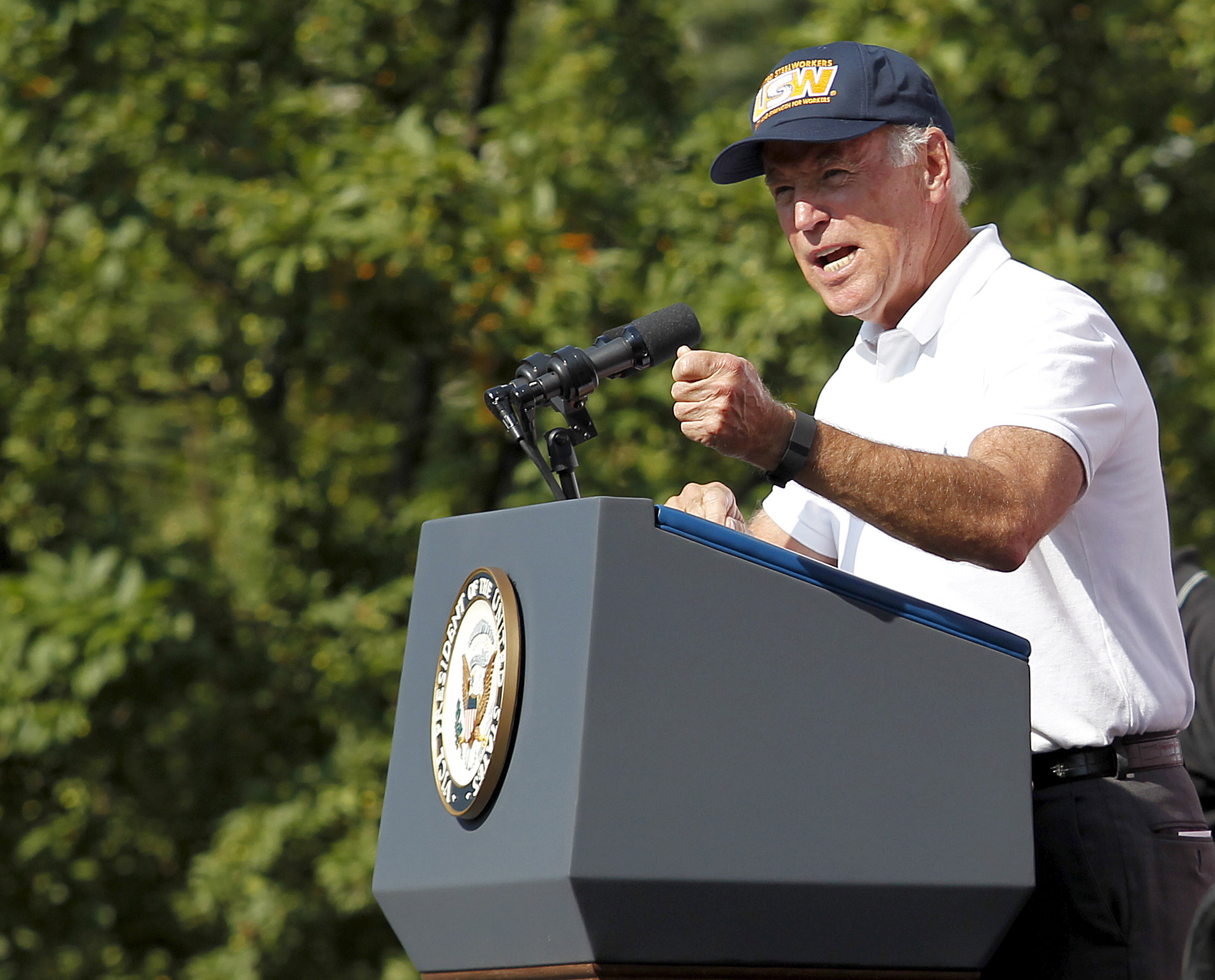 PITTSBURGH -- After the the Pennsylvania Labor Day parade, as Vice President Biden made his remarks, a voice in the crowd could be heard making a plea to Biden to run for president.

"You gotta talk to my wife about that," he said, smiling, and adding, "I got to talk to my wife." He predicted the press would say of his visit to Pittsburgh would say he is "competing with Bernie Sanders, who is doing a helluva job by the way."

And while he marched in Pittsburgh's annual Labor Day parade, there were chants of "run Joe, run," as speculation continued about a potential late entry into the Democratic presidential campaign.

The vice president donned a black-and-gold United Steelworkers union hat and told hundreds of union members that the gap between the wealthy and poor was hurting the nation.

"The tax code's not fair. It's simply not fair," Biden said in a city long associated with organized labor. "The wealthy aren't paying their fair share. There used to be one America."

Biden later walked along the city's downtown with a large contingent of steel workers, hearing encouraging words along the parade route.

Amidst the love for Biden, there were quite a few homemade Bernie Sanders signs along the parade route, the pool report noted. One said,"But [picture of an eyeball]'m for Bernie," while another declared, "Love you Joe but I'm voting for Bernie." There were, the pooler reported, no signs for Hillary Clinton.

Biden is seriously considering a late entry into the 2016 Democratic presidential campaign. His entry could jumble a Democratic contest that has seen front-runner Hillary Rodham Clinton's lead diminish in early states against Vermont Sen. Bernie Sanders, an independent who describes himself as a democratic socialist.

Underscoring the volatile nature of the race, an NBC News poll released Sunday showed Sanders gaining an advantage over Clinton in New Hampshire, a state where Bill and Hillary Clinton have maintained deep ties during their political careers.

Biden, however, said last week he wasn't certain if he and his family had the "emotional energy" for another campaign.

But the campaign was clearly on the minds of his audience. During a speech before a few hundred steelworkers, Biden said the media liked to portray him as a populist. "They'll probably say (I'm) competing with Bernie Sanders, who is doing a helluva job by the way."

AFL-CIO President Richard Trumka, who joined Biden at the parade, said the vice president got a strong response from the city's workers.

"If you're looking for energy, this is a great place to get energy today," the labor leader said.