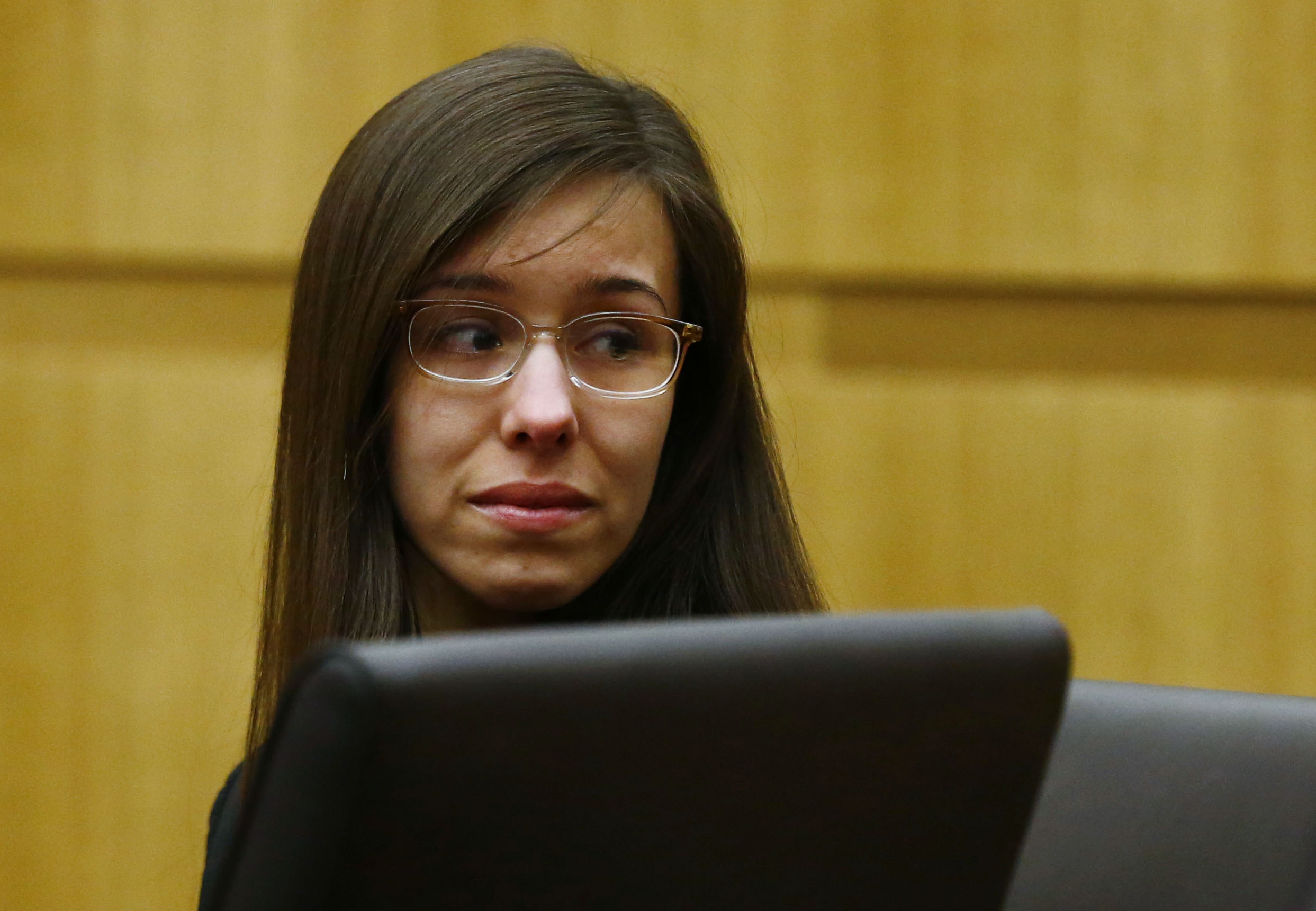 (CBS/AP) PHOENIX - A death sentence remains an option for convicted murderer Jodi Arias after a judge denied a defense motion to set aside the jury's determination that Arias killed her one-time lover Travis Alexander in an "especially cruel" manner, a finding that made her eligible for capital punishment.

Arias was convicted of first-degree murder May 8 in the death of  Alexander in his suburban Phoenix home. The same jury failed to reach a unanimous decision on her sentence. Her case is now in limbo as prosecutors decide whether to put on another penalty phase with a new jury in pursuit of the death penalty or settle for life in prison.

Arias' attorneys had sought to have set aside the jury's determination that Arias killed Alexander in an "especially cruel" manner, one of the so-called aggravating factors that allows the panel to then consider the death penalty.

Judge Sherry Stephens denied the motion in a ruling made public Wednesday.

Watch: Jodi Arias talks during her sentencing phase about suicide, what she'll do with her life in prison

Defense attorneys argued that the definition of "especially cruel" is too vague for jurors to determine what makes one killing more cruel or heinous than another. Their motion appeared to challenge a landmark 2002 U.S. Supreme Court ruling that found a defendant has the right to have a jury, rather than a judge, decide on the existence of an aggravating factor that makes the defendant eligible for capital punishment.

Prosecutors argued that state and federal courts have found the process continues to pass constitutional muster, and that the defense motion, which also claimed the process violated the separation of legislative and judicial powers, lacked merit.

A hearing is set for Aug. 26. Judge Stephens previously indicated she wanted to set a new trial date for the penalty phase for September.

Just seating a new jury could take weeks, given the trial's publicity. That process would be followed by retreading over testimony and evidence.

If the second panel failed to reach a unanimous decision, the death penalty would automatically be removed from consideration, and the judge would sentence Arias to spend her entire life behind bars or be eligible for release after 25 years.

Maricopa County Attorney Bill Montgomery has said the state is still preparing to seek the death penalty, but would consider resolving the case without another trial after consultation with the victim's family and defense lawyers, among other things.

Montgomery has declined to publicly state the cost his office incurred prosecuting the case, citing a vague judge's order that prevents the release of some details.

Arias, 33, admitted she killed the 30-year-old Alexander, but claimed it was self-defense after he attacked her. Prosecutors successfully argued it was premeditated murder carried out in a jealous rage after the victim wanted to end their affair and planned a trip to Mexico with another woman.