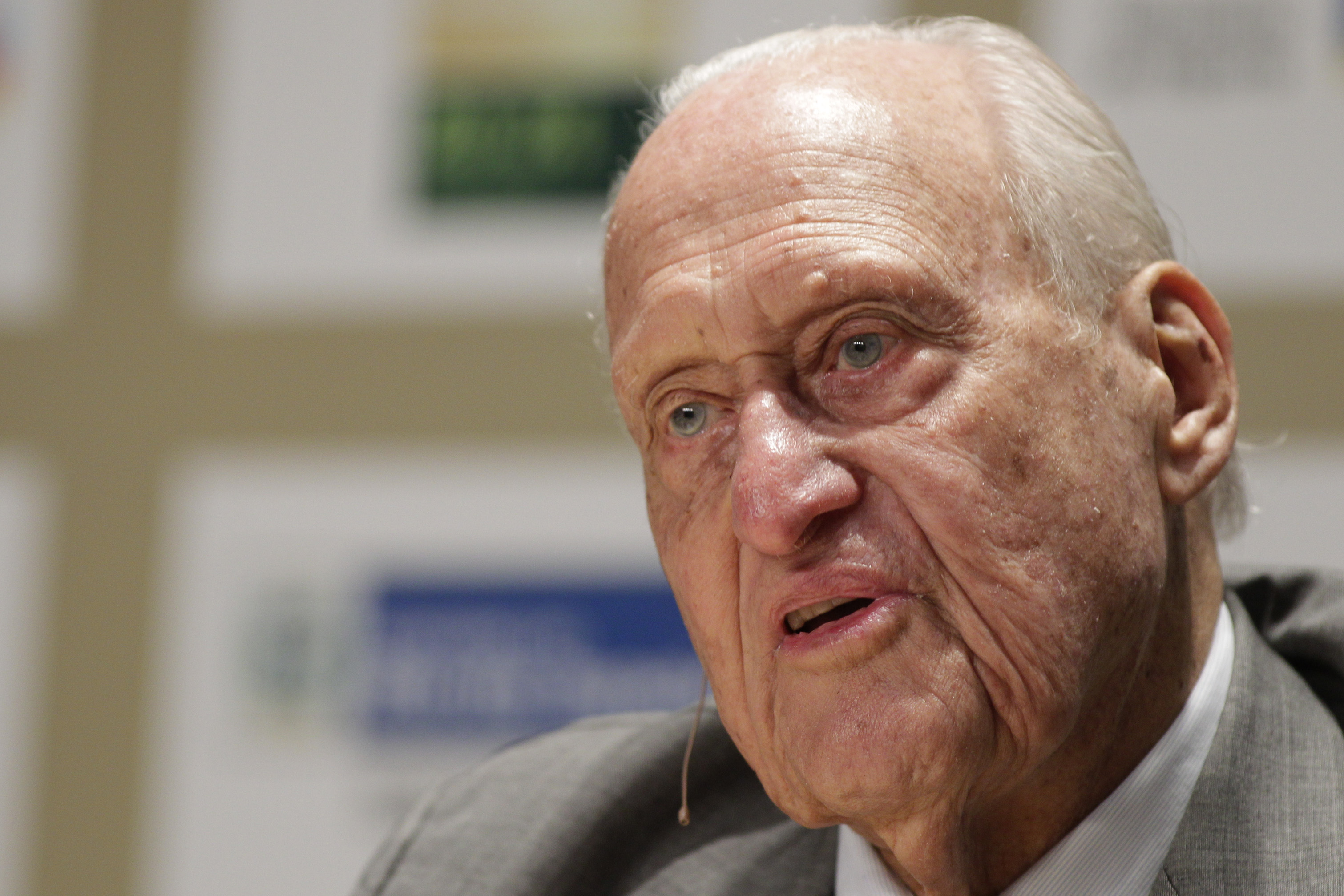 GENEVA Former FIFA President Joao Havelange resigned as honorary president of soccer's governing body in a World Cup bribery case that has tarnished the organization for more than a decade.

FIFA ethics court judge Joachim Eckert said in a ruling published Tuesday by FIFA that the 96-year-old Brazilian resigned on April 18. The resignation had not been made public until now.

Eckert cleared current FIFA President Sepp Blatter of wrongdoing in the case, which involved millions of dollars in kickbacks from World Cup contracts marketed by the ISL agency which collapsed into bankruptcy in 2001.

Blatter said he received the verdict on his own role "with satisfaction."

However, he acknowledged that the 12-year-old case, which has clouded much of his presidency, had done "untold damage to the reputation" of FIFA.

Havelange, who led FIFA from 1974-98, and his former son-in-law Ricardo Teixeira were guilty of "morally and ethically reproachable conduct," Eckert wrote.

The German judge noted that it was not a crime in Switzerland at the time for Havelange, Teixeira and then-South American football confederation president Nicolas Leoz to accept bribes between 1992 and May 2000.

"However, it is clear that Havelange and Teixeira, as football officials, should not have accepted any bribe money, and should have had to pay it back since the money was in connection with the exploitation of media rights," the judgment said.

Eckert said their conduct pre-dated FIFA's current ethics code, which came into force last year — after Teixeira resigned from football, including as head of the Brazilian organizing committee for the 2014 World Cup and as a FIFA board member.

"Any further steps or suggestions are superfluous," Eckert concluded. "No further proceedings related to the ISL matter are warranted against any other football official."

Havelange and Teixeira were previously formally identified last July for taking bribes, when Switzerland's Supreme Court ruled that a Swiss criminal prosecutor's report on the case should be made public.

FIFA, Havelange and Teixeira had tried to suppress it.

Havelange also resigned in 2011 as a member of the International OIympic Committee to avoid sanctions stemming from his role in the ISL case.

ISL was created in the 1970s and helped fuel the boom in sports marketing, while also working closely with the IOC.

Swiss prosecutor Thomas Hildbrand wrote in a case dossier that the agency funneled money through Liechtenstein to pay commissions to officials "favored in order to promote sports policies and economic goals."

Six former ISL executives stood trial in 2008 and were cleared of charges relating to fraud.

In court evidence, Leoz was identified as having received two ISL payments totaling $130,000 in 2000. The BBC later reported that he received further payments of at least $600,000.

Payments attributed to accounts connected to Havelange and Teixeira totaled almost $22 million from 1992-2000.