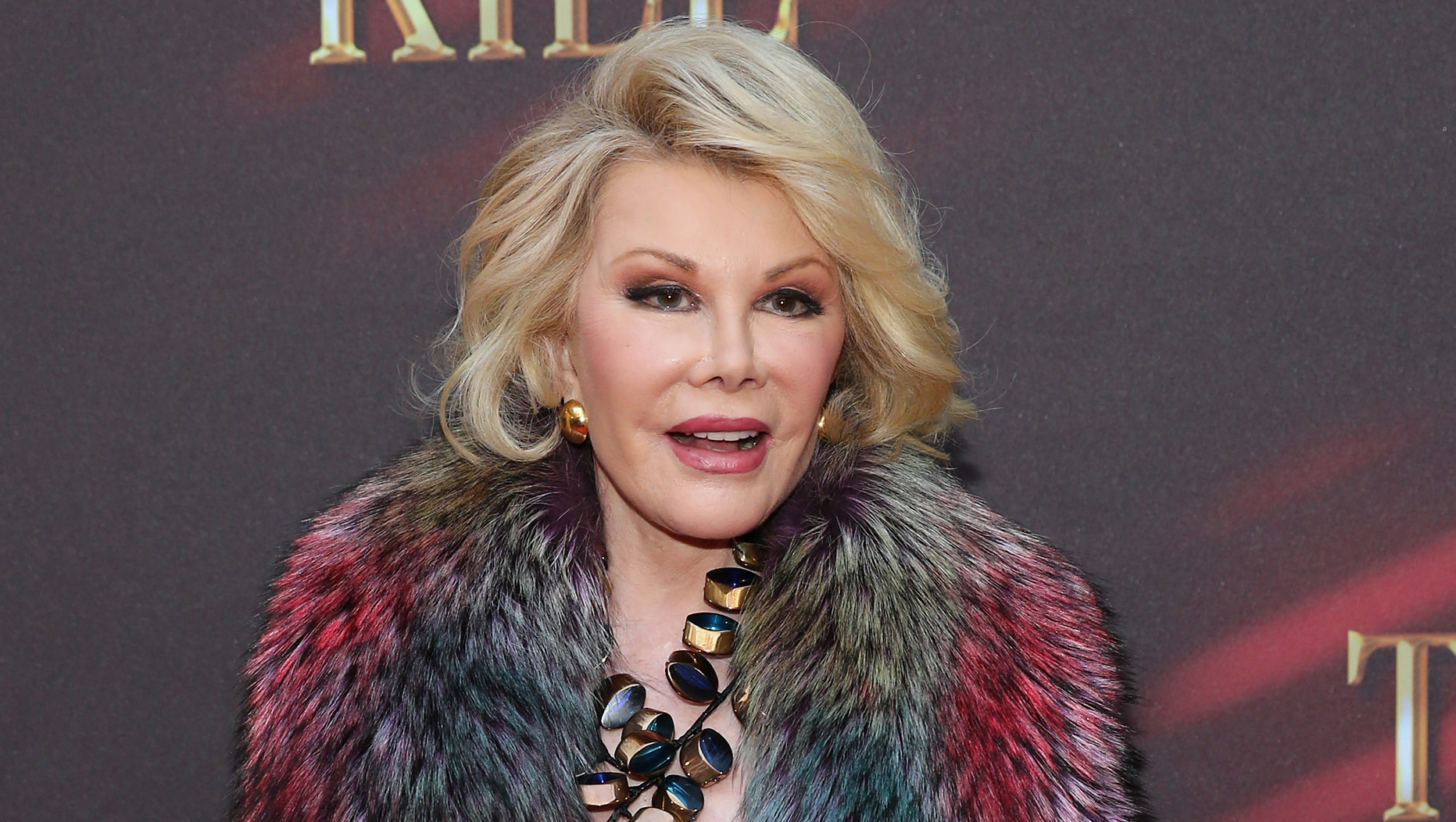 Update: Joan Rivers has died at the age of 81.

Joan Rivers is slowly being taken out of a medically induced coma, a source told "Entertainment Tonight."

"The waking-up process has begun and will take until Tuesday," a close family source told The New York Daily News. "There is real concern that the part of the brain that controls motor skills may have been compromised, leaving her as either a vegetable or in a wheelchair."

The comedienne was rushed to New York's Mount Sinai Hospital last Thursday when she suffered cardiac arrest after her breathing stopped during vocal cord surgery at a Manhattan clinic.

On Sunday, the TV personality's only child, Melissa Rivers, said, "Thank you for your continued love and support. We are keeping our fingers crossed."

The day before, Rivers said her mother's condition "remained serious."

Melissa Rivers previously released a statement, saying, "I want to thank everyone for the overwhelming love and support for my mother. She is resting comfortably and is with our family. We ask that you continue to keep her in your thoughts and prayers."

Rivers was in New York getting ready to tape her E! series, "Fashion Police," to coincide with New York Fashion Week.

The 81-year-old star with a half-century of show business under her belt has spawned a reputation for often-snarky red carpet fashion commentary.

Rivers spoke at an employee event at Time Inc. in New York on Wednesday night and appeared healthy, practically jogging when she walked in to take her seat, Shira Blum, an online project manager, said Thursday.