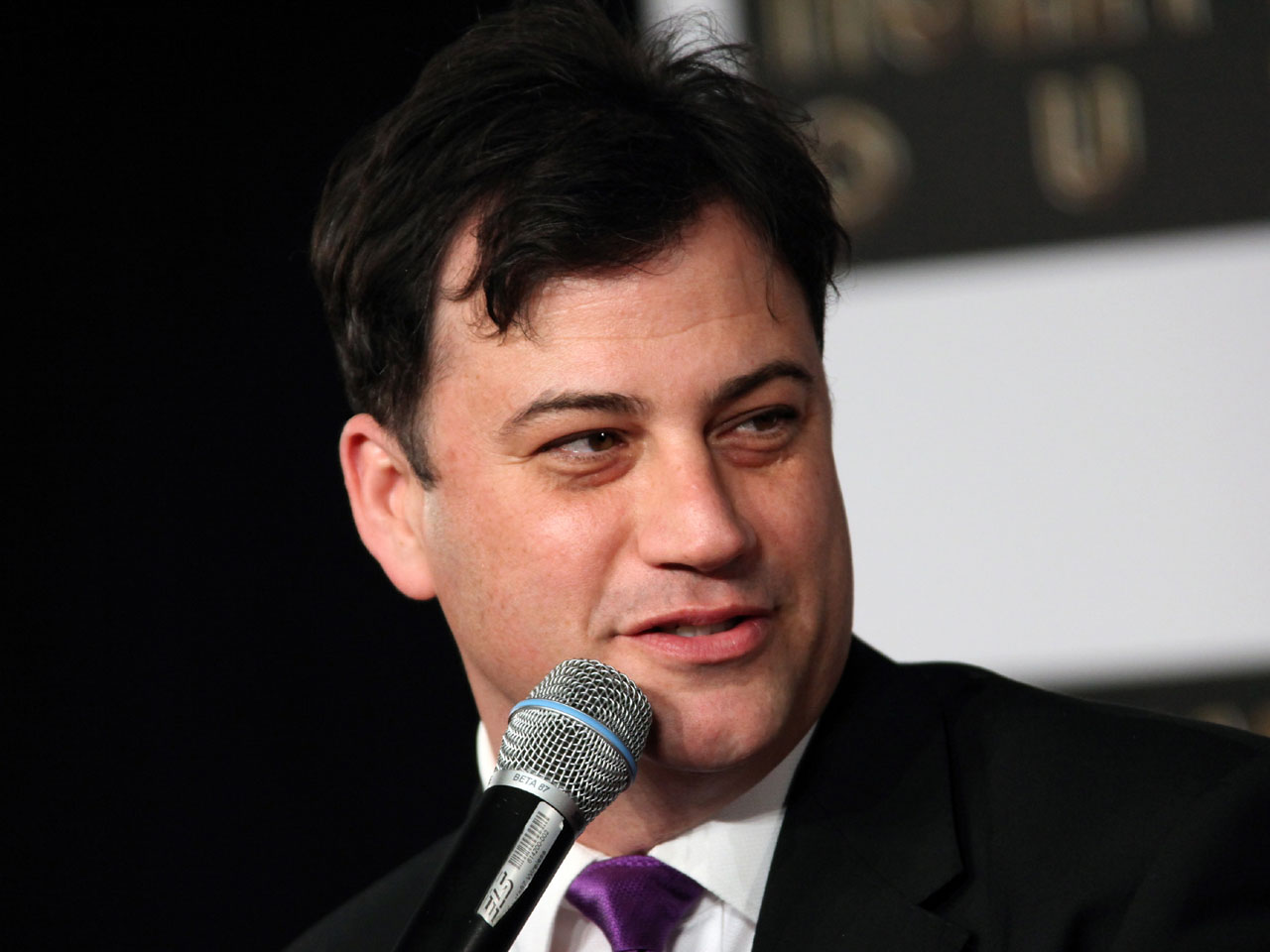 (CBS/AP) Jimmy Kimmel will be trying to make President Obama laugh at the White House Correspondents' annual dinner next year.

The White House Correspondents' Association says the 43-year-old "Jimmy Kimmel Live!" host will be the featured comedian at its 98th annual dinner on April 28, 2012.

According to the association's president, Caren Bohan, Kimmel was chosen because his "humor is sophisticated and edgy while appealing to a wide audience."

Kimmel said in a statement that he is looking forward to being part of the event as well, adding "I love dinner."

The White House Correspondents' Association dinner is traditionally attended by the president and first lady, along with various government officials and members of the press corps. Proceeds from the event fund scholarships and awards to support and recognize excellence in journalism.