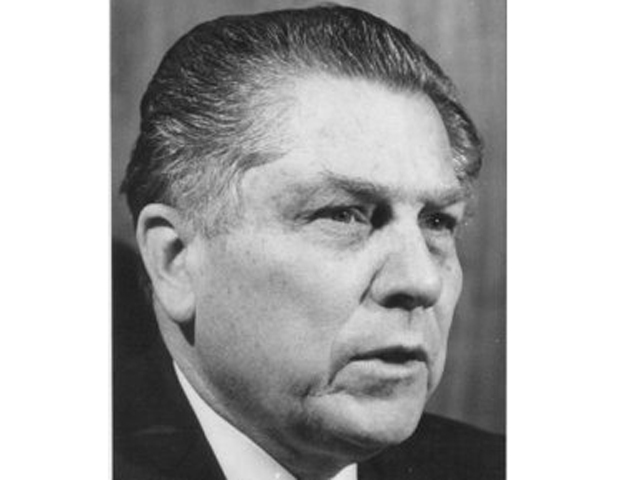 (CBS/Detroit Free Press/AP) OAKLAND TOWNSHIP, Mich.-- No remains have been uncovered after digging for the body of former Teamsters union leader Jimmy Hoffa in suburban Detroit, according to the FBI.

On Wednesday, Robert Foley, head of the FBI in Detroit, said authorities would cease digging. The dig was scheduled to take place at an Oakland County farm from 8 a.m. on Monday until 8 p.m. today, reports the Detroit Free Press.

"We did not uncover any evidence relevant to the investigation on James Hoffa," Foley said. "I am very confident of our result here after two-days-plus of diligent effort. As of this point, we'll be closing down the excavation operation."

According to the paper, the search attracted a slew of reporters and onlookers, including one man who wore a horse head mask, a nod to a famous scene in the movie "The Godfather," and carried a shovel on Tuesday.

The man said he was 40 years old but would not reveal his name, said the paper.

"By being ridiculous, I hope to point out how ridiculous this whole thing is," he told the Detroit Free Press.

Hoffa was last seen outside an Oakland County restaurant in 1975, where he planned to meet a New Jersey Teamsters boss and a Detroit Mafia captain.

Since his disappearance, authorities have pursued multiple leads on his whereabouts.

The latest tip about Hoffa's remains came from reputed Mafia captain Tony Zerilli, who, through his lawyer, said Hoffa was buried beneath a concrete slab in a barn in Oakland Township, north of Detroit.

The barn is gone, but FBI agents on Monday starting poring over the field where it used to stand.

On Tuesday, authorities used a backhoe to dig and move dirt around in the section of land. Authorities also called in forensic anthropologists from Michigan State University and cadaver dogs from the Michigan State Police.

He said about 40 agents were involved in an operation that covered about an acre.