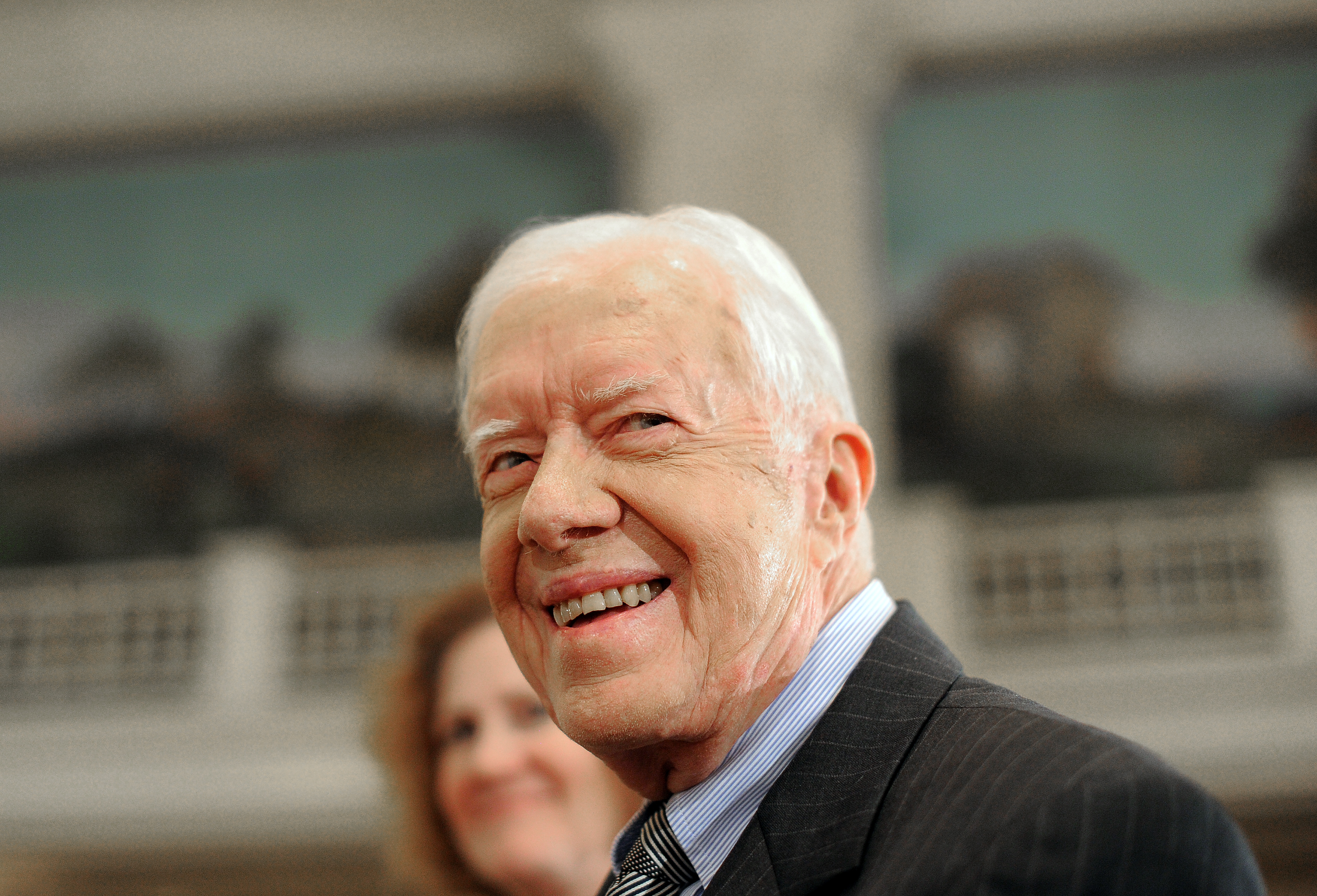 Carter IV met the president at a recent event in Atlanta. When former President Carter's brother told Mr. Obama that Carter IV found the video online and flagged it for Mother Jones, the outlet that broke the story, the president "said, 'Hey, great, get over here.' And then he kind of half-embraced me, I want to say, put his arm around me, and we shook hands. He thanked me for my support, several times," Carter IV said.

According to former President Carter, Mr. Obama "ran across the room and thanked [James] profusely."

The video, which was unearthed in September and dealt a significant blow to Romney's candidacy, showed the GOP presidential candidate telling a room full of high-dollar donors at a Florida mansion that 47 percent of American voters are "victims" who are "dependent" on the government, who believe they are "entitled to health care, to food, to housing, you-name-it" and would vote for President Obama "no matter what."

"My job is not to worry about those people," Romney said. "I'll never convince them that they should take personal responsibility and care for their lives."

The video reinforced the damaging suspicions that the very wealthy Romney could not appreciate the concerns of the working and middle class during the crucible of a hard-fought general election in which Romney frequently struggled to shed his CEO image. In retrospect, many, including the Carters, saw the unearthed comments as a fatal blow to Romney's chances.

"I obviously hoped that everything that I found would make a difference," Carter IV said. "It ended up being way behind my wildest dreams."

And former President Carter agreed, calling the video "the pivotal moment" in the election. "It was something [Romney] could not deny and it stuck with him for the rest of the election," he said, "and I think it was a major factor, if not the major factor."

"I think so," the former president replied with a smile.

Carter IV also clarified the source of the video, saying the person who secretly recorded Romney's comments "wasn't one of the people who had paid $50,000 to be there, but I'm not going to say anything more than that."