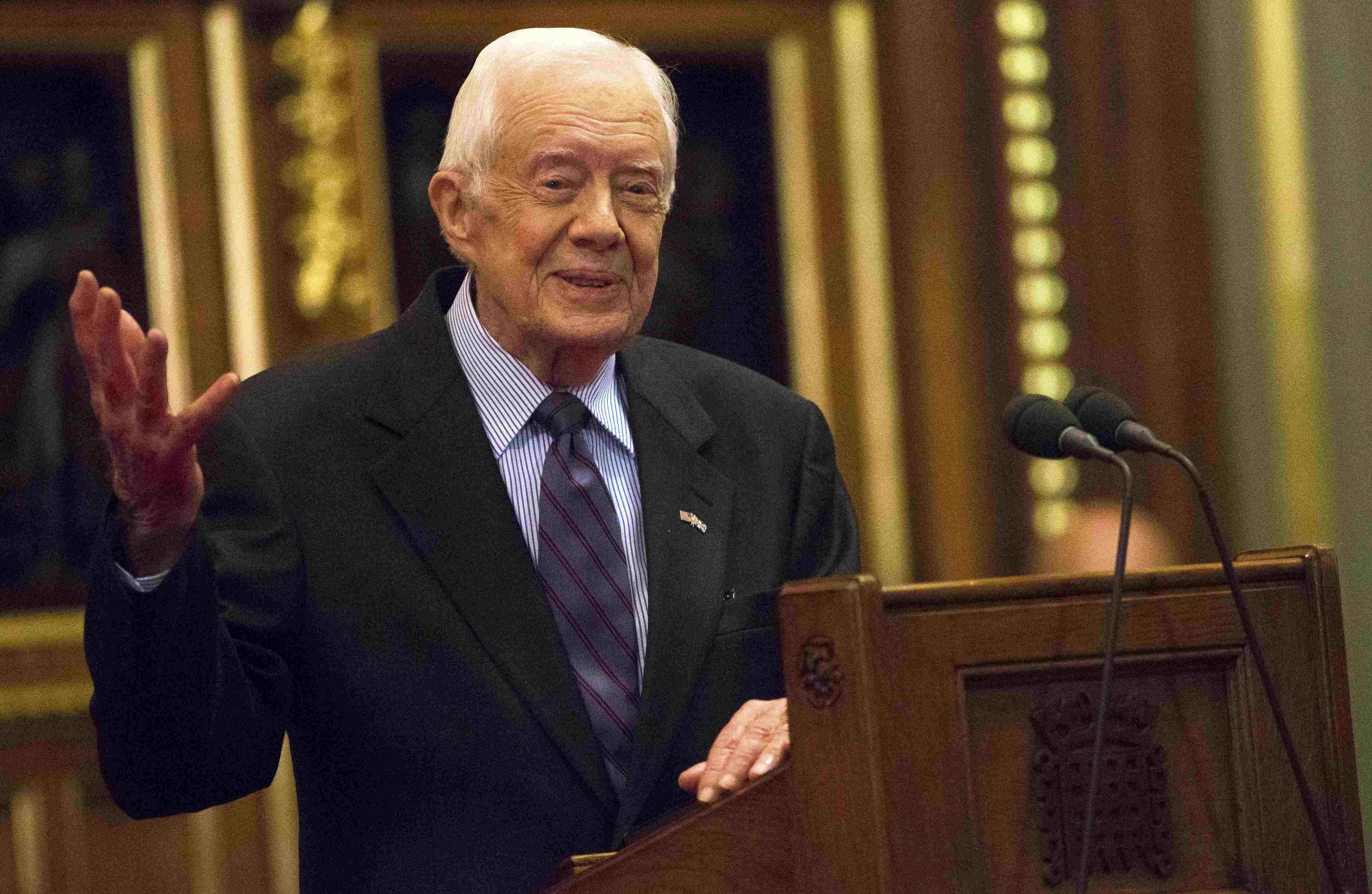 Former President Jimmy Carter told the British Parliament on Wednesday that if he had to choose between Republican candidates Donald Trump and Ted Cruz, he'd prefer to see Trump win the White House.

"I think I would choose Trump," the liberal former president said to the House of Lords, when asked about the U.S. presidential race, "which may surprise some of you, but the reason is Trump has proven already that he's completely malleable. I don't think he has any fixed opinions that he would really go to the White House and fight for."

By contrast, Mr. Carter said, "Ted Cruz is not malleable. He has far right-wing policies, in my opinion, that would be pursued aggressively if and when he would become president."

Later in the day in Nashua, New Hamsphire, Cruz told supporters about the former president's remarks.

"Today -- and I'm not making this up -- Jimmy Carter endorsed Donald Trump," he said. "Here's what Jimmy Carter said: the reason is Donald's views are malleable, he has no core beliefs on anything... This Cruz guy actually believes this stuff."

Cruz added, "I want the video, and I am going to pay to air Jimmy Carter attacking me."

The former president reminded the British lawmakers that he's a Democrat, and he said he'll support whichever Democratic candidate wins the nomination.

"It's very likely Hillary Clinton will still prevail in the Democratic Party," Carter said. "Bernie Sanders, though, has had a remarkable showing, particularly among young people."

Carter said the future of the Republican Party is "almost completely unpredictable," though he ventured that Trump will ultimately "fade away... when people get ready to actually put on a ballot, 'this is a person I want to lead me for the next four years.'"

He also observed that Cruz has "zero support" from his fellow senators. Florida Sen. Marco Rubio, Carter speculated, "has a better chance, ultimately, than Ted Cruz."

Carter also lamented the "massive infusion of money into the American political system."