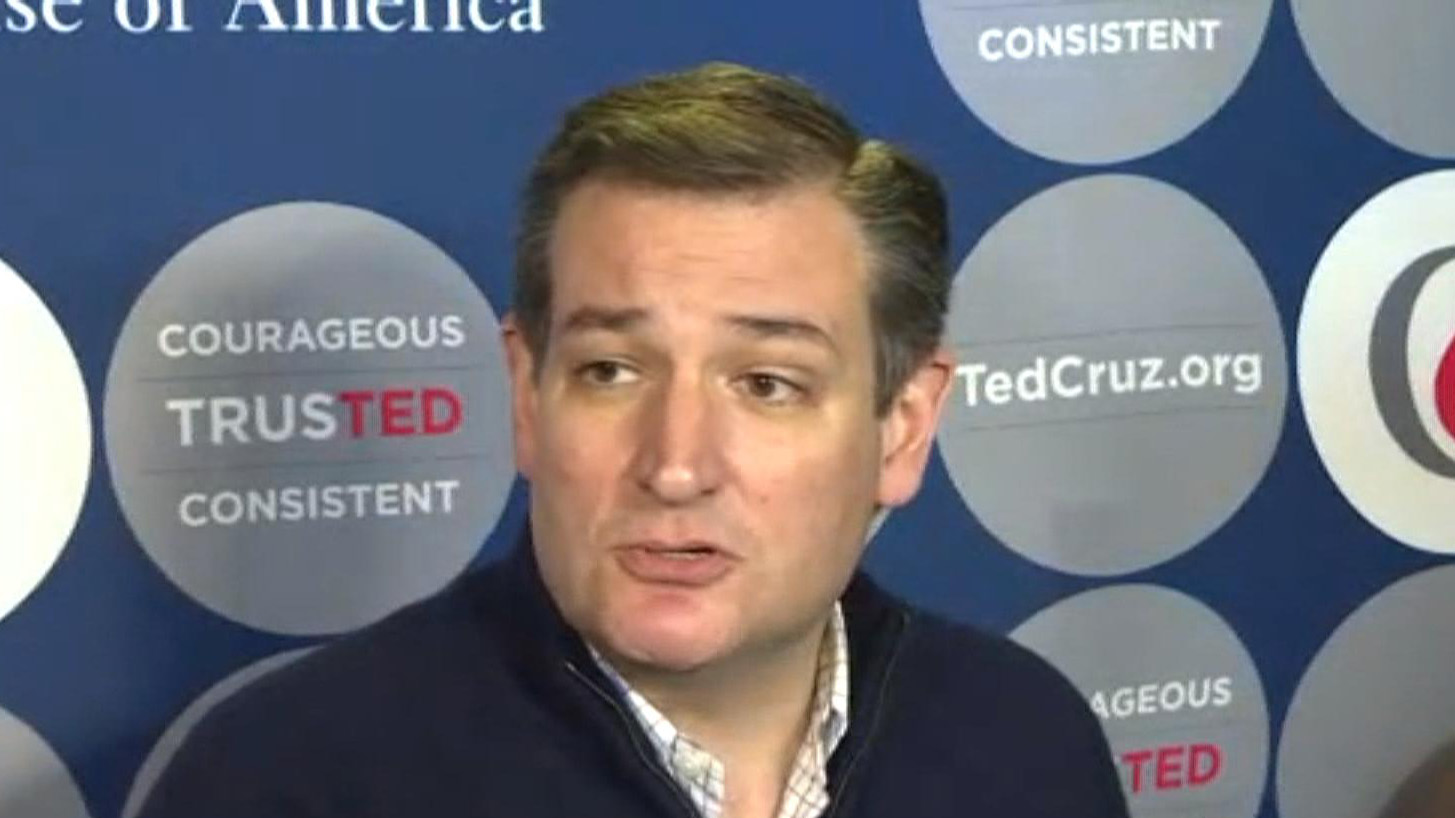 Ted Cruz on Wednesday said that Donald Trump is "losing it" in the wake of his loss in the Iowa Republican caucus and questioned his fitness to be commander in chief.

"I wake up every day and laugh at the latest thing Donald has tweeted, because he's losing it," Cruz said when a reporter asked whether he found Trump's insults funny. "But we need a commander-in-chief, not a Twitterer-in-chief ."

"We need someone with judgment and the temperament to keep this country safe," Cruz continued. "I don't know anyone who would be comfortable with someone who behaves this way having his finger on the button. We're likely to wake up one day and Donald, if he were president, would have nuked Denmark."

Earlier in the day, Trump went on a Twitter rampage to say Cruz "stole" the Iowa caucus and accuse him of "fraud" because his campaign circulated a CNN report saying that another candidate, neurosurgeon Ben Carson, was returning home to Florida and not continuing his campaign in New Hampshire and South Carolina. Trump has also called for an entirely new election in Iowa.

Cruz responded by accusing Trump of throwing a "Trumpertantrum" and said his insults were growing increasingly "hysterical."

"Anyone who wants this job interview needs to come and answer the questions of the men and women of Iowa, New Hampshire and South Carolina," Cruz said. "He doesn't actually want to talk about issues."

Cruz also defended his campaign's decision to pass on the news report, which he noted turned out to be true (Carson returned to Florida for "fresh change of clothes" before traveling to D.C. Wednesday). Although Cruz has said his team should have sent a follow-up note clarifying that Carson was not, in fact, dropping out, he also said Wednesday there would be no retributions against any of his staffers for the way they handled the situation.

"This is not a campaign that scapegoats our staffers, that holds someone out and fires them for political purpose," he said.