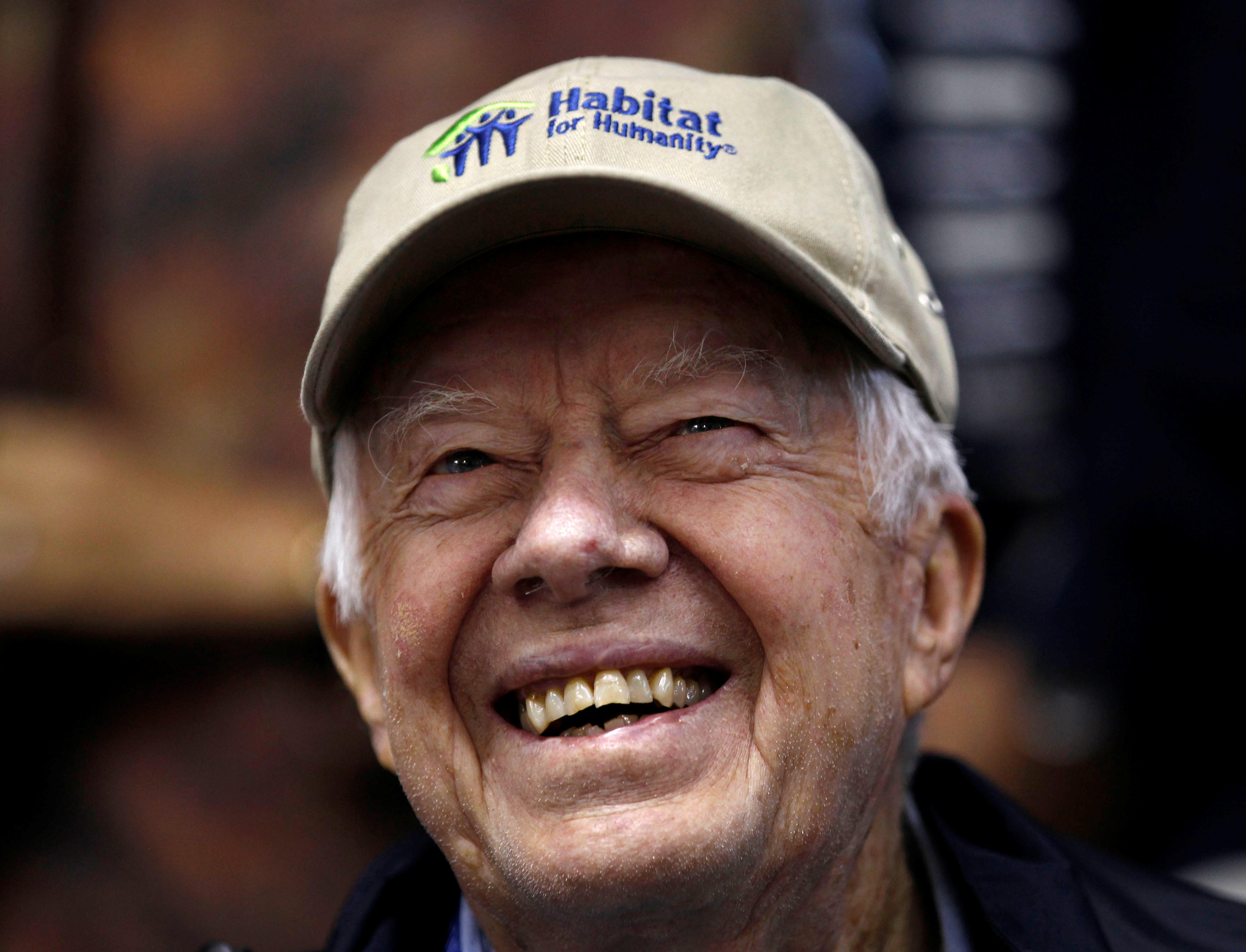 WINNIPEG, Manitoba -- Former President Jimmy Carter was back at a Habitat for Humanity work site on Friday, a day after he was hospitalized for dehydration while working with the organization to build homes for needy families in Canada.

A smiling Carter showed up in blue jeans and a work shirt to the site in the St. James neighborhood of Winnipeg, where hundreds of Habitat for Humanity volunteers joined the former president and his wife, Rosalynn, to build 25 homes.

Habitat for Humanity tweeted a photo of Carter's arrival to the work site.

Carter, 92, was discharged earlier in the morning from St. Boniface General Hospital where he was treated "as a precaution" for dehydration, Carter spokeswoman Deanna Congileo said.

"He and Mrs. Carter extend their appreciation for the many well-wishes he received worldwide," Congileo said.

The former president attended a "devotional" service and then left to spend the day resting. He and wife Rosalynn were expected at a closing ceremony later at the Canadian Museum for Human Rights in Winnipeg.

Habitat for Humanity, which has had a long association with the Carters, is constructing 150 homes this year for people in need in Canada to celebrate the country's 150th anniversary.

The former president and his wife were in Edmonton, where Habitat is building 75 homes, from Monday to Wednesday before coming to Winnipeg.

Carter had been working for about 90 minutes Thursday morning when he went to sit down in a chair, the Winnipeg Free Press reported. He appeared to wobble, so Secret Service agents led him to his motorcade. He was treated by paramedics who took him away in an ambulance, without using lights or siren, the newspaper said.

This week's project building houses in several Canadian communities is the 34th time the Carters have pitched in on Habitat projects, lending a hand and their name to promote the work.

Carter was diagnosed with melanoma that spread to his brain in 2015 but announced in March of the following year that he no longer needed treatment. Carter continued to volunteer for Habitat while being treated for cancer, working alongside volunteers at a home in Memphis, Tennessee, in November 2015.