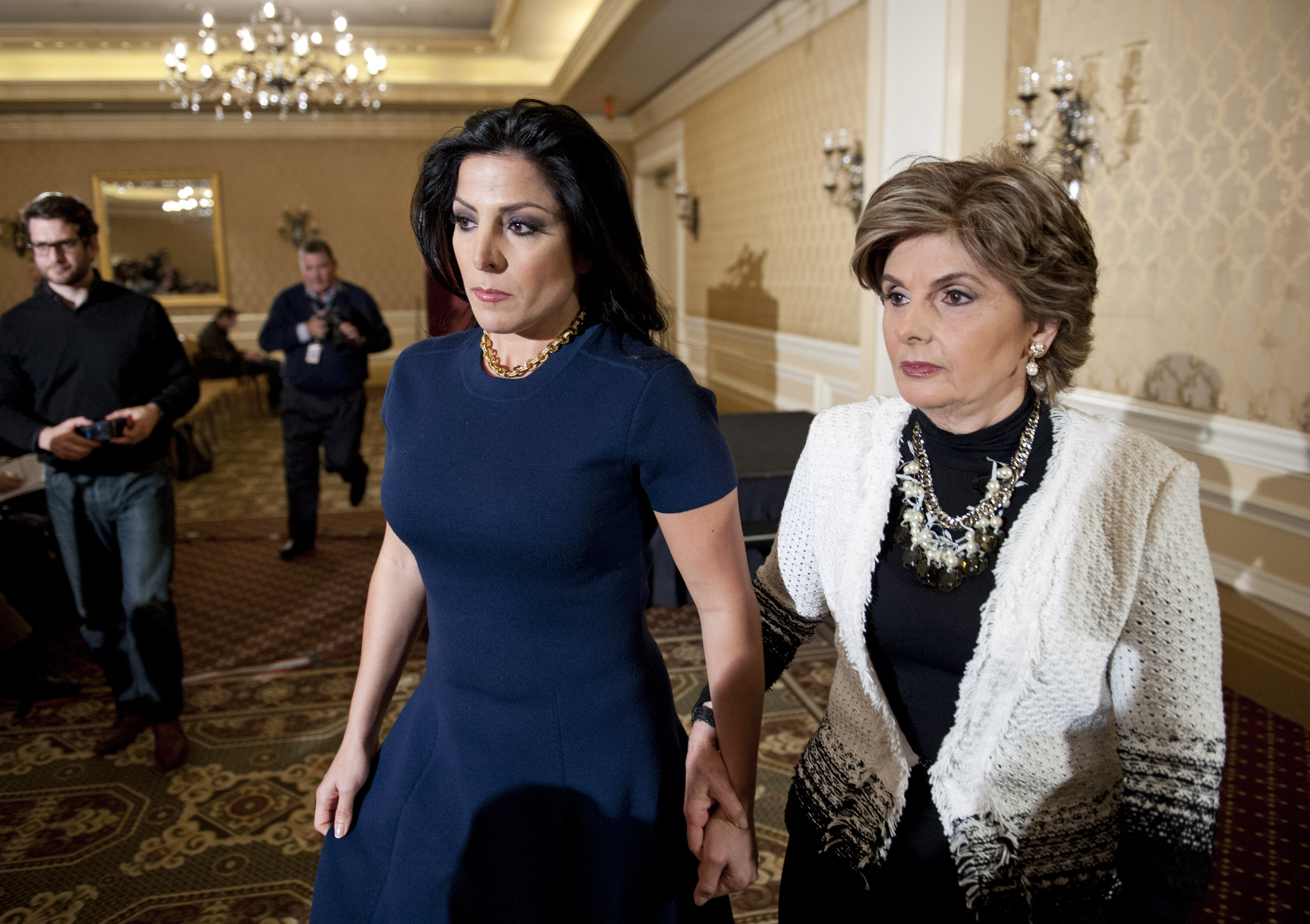 The sister of Jill Kelley, one of the women at the center of the David Petraeus scandal, has retained famed lawyer Gloria Allred to represent her after her tangential involvement in the scandal was unearthed last week.

Natalie Khawam and Allred held a news conference in Washington, D.C., Tuesday, ostensibly "to help the public understand who Natalie Khawam really is," per Allred.  She gave a little bit of info about Khawam's personal and professional background, noting that her client is a lawyer who works on Medicare and Medicaid fraud cases.

She said there have been many "erroneous reports" about Khawam, suggesting reports about Natalie's custody battle, -- in which Petraeus and the commander of U.S. and NATO forces in Afghanistan Gen. John Allen wrote letters on behalf of Khawam -- have been misleading. When asked to name one misconception, Khawam and Allred ignored the question.

Khawam spoke about her relationship with her twin, Kelley, saying they are "literally inseparable." She added, "We played varsity tennis together, she played net and I served."

Questions that were not answered: How Petraeus and Allen came to write letters of support for Khawam (the relationship between Khawam and Petraeus was described as "social"); whether the emails Petraeus' former mistress Paula Broadwell sent to Jill Kelley were threatening, as the New York Daily News reported Tuesday; whether Petraeus lent Khawam any money; and anything involving the investigation into the Petraeus scandal.

What Petraeus damage control may look like
More
Stephanie Condon