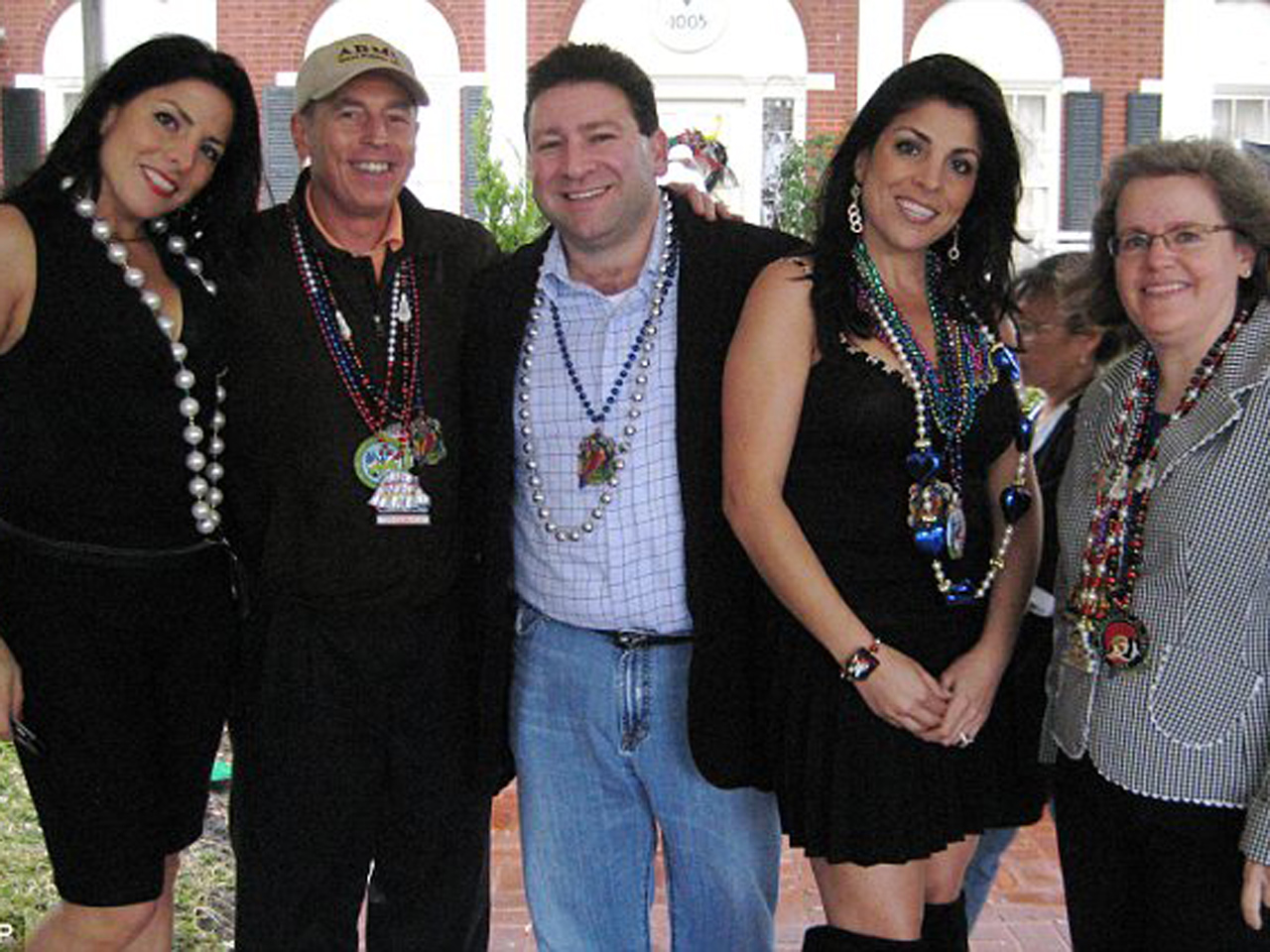 Jill Kelley, the Florida socialite at the heart of the David Petraeus scandal; and her sister Natalie Khawam have been dogged by controversy, personal debt and legal issues. Yet the 37-year old twins have managed to cultivate relationships with an impressive array of well-known political figures and garner invitations to exclusive events.

Today, the White House disclosed that Kelley and Khawam visited the White House three times in recent months Sept. 28, Oct. 24 and Nov. 4. The three visits occurred after the FBI had begun investigating allegedly threatening and jealous emails Kelley said she received over her friendship with then-CIA Director Petraeus. The White House told CBS News' Nancy Cordes that on the three visits, the twins had breakfast with a male staffer in the Executive Mess, then lunch with the same staffer, and finally a tour arranged by the staffer.

Also today, the city of Tampa released 59 pages of email correspondence between Kelley and Mayor Bob Buckhorn over the past 18 months. She invited Buckhorn and his wife to events she was organizing, some of which he attended. She also talks about associations with the current commander of U.S. Central Command Gen. James Mattis whom she said offered her a ride home from an event, and Centcom's Deputy Commander Vice Admiral Robert Harward. After her name surfaced in conjunction with the Petraeus story, she sent two emails to Buckhorn - which seemingly went unanswered by Buckhorn - first, asking for the city's assistance in dealing with the media throng gathering in front of her home and then criticizing the city's handling of her predicament.

The first email dated Tuesday, Nov. 13 asked the mayor if he could "help out with the obstruction by the paparazzi, since they're blocking our alley, our driveway, and continue to trespass on my property. My kids are scared, and need their 'home' back."

She then followed up yesterday, writing that she and her family are "scared" and then she scolded "the police dept" for giving out her phone number and "911 tapes to the press", referring to the call she made this week asking for local authorities' help in dealing with the media outside of her house.

"[I] cannot believe what my City -in which I have contributed so much of my love, time, money and leadership, has now done to me and my innocent family," she wrote.

Central to some of the other political associations is the man who was the vice chair of finance for John Kerry's 2004 presidential campaign: Democratic fundraiser and lobbyist Gerald Harrington. According to those who know Harrington, he has had an "on-again off-again" relationship with Khawam, who got divorced last April and lost a contentious battle for custody of her four year old son. He extended Khawam a large personal loan worth $300,000, according to her bankruptcy records.

Khawam needed the loan. In her bankruptcy filing in April, she listed $3.6 million in personal debt. That includes $800,000 owed to her sister, $600,000 owed to a Florida businessman, and Harrington's loan. Harrington did not return multiple phone calls from CBS News.

The emails sent to Khawam's sister Kelley are said to have been from Paula Broadwell, alleged mistress of Gen. David Petraeus. Also, emails between Kelley and Gen. John Allen, commander of U.S. and NATO troops in Afghanistan have sparked an investigation into Allen. Six weeks ago, both Gens. Allen and Petraeus wrote letters of support for Khawam in a bitter legal dispute, in which sole custody of her four year old son had been awarded to her ex-husband.

Court documents in Khawam's custody case indicate she took her son to Martha's Vineyard for a DSCC event in 2011 and wished to take him to the 2012 gathering. "Sen. John Kerry asked if (Khawan's son) would be coming again this year," Khawam emailed her ex-husband in seeking permission to take their child. That permission was denied.

Khawam's court files also include a handwritten note from Whitehouse dated July 30 stating that he was "excited to hear" that "Natalie (and her son) may be coming to the family clambake. That would be terrific!"

Khawam also told her ex-husband she and her son had been invited to private reception hosted by Kerry in the Senate Foreign Relations Committee hearing room last February to honor the Stanley Cup winners, the Boston Bruins, and the baptism of Kennedy's son Owen in August. In an email, Khawam asked her ex-husband for permission to take her son to the baptism, stating that the child had been to the Kennedys' house in the past "and had a memorable time." Khawam's ex-husband denied all permission requests for their son, according to court documents.

There's nothing wrong with private citizens forging friendships and connections among top military brass, the director of the CIA, politicians and lobbyists. However, some observers have expressed surprise that the public figures didn't hear alarm bells surrounding their association with the twins.

Rosa Brooks, a former adviser to the Defense Department and a law professor at Georgetown University told Reuters that she was "shocked" that the generals wrote letters for Khawam in the custody dispute.

"I am shocked that no one on their staff said to them, 'We need to find out more about these people.'"

According to official documents, both women have daunting financial troubles. In addition to Khawam's multi-million dollar bankruptcy, Jill Kelley and her husband have nine court actions on record involving debts, mortgages and multi-million dollar foreclosures. And together, the twins ran a now-defunct cancer charity that gives no indication of contributing any funds to cancer patients.

"Personal debts and legal issues, those are all huge, huge red flags for anyone seeking a security clearance," says Brooks.

A military ethics expert at Emory University, Nicholas Fotion, told CBS News he has another view. Fotion said he "sees nothing wrong" with Kelley's access to high-level military, and believes both generals "probably didn't know" about the sisters' financial problems.

According to those present, Jill Kelley attended the Republican National Convention in August, touting her ties to Petraeus. And the twins were photographed at a fundraiser for Sen. Marco Rubio, R-Fla., in 2010. A Rubio spokesman says Rubio met Kelley during his 2010 campaign, but she did not donate any money.

Whitehouse's office told CBS News, "Senator Whitehouse knows Ms. Khawam through her relationship with Gerry Harrington, a friend of the Senator's since college who is actively involved in Rhode Island politics. That is the Senator's only connection to Ms. Khawam. Ms. Khawam attended the Senator's clambake fundraiser this summer as Mr. Harrington's guest, and he was glad to see them there."