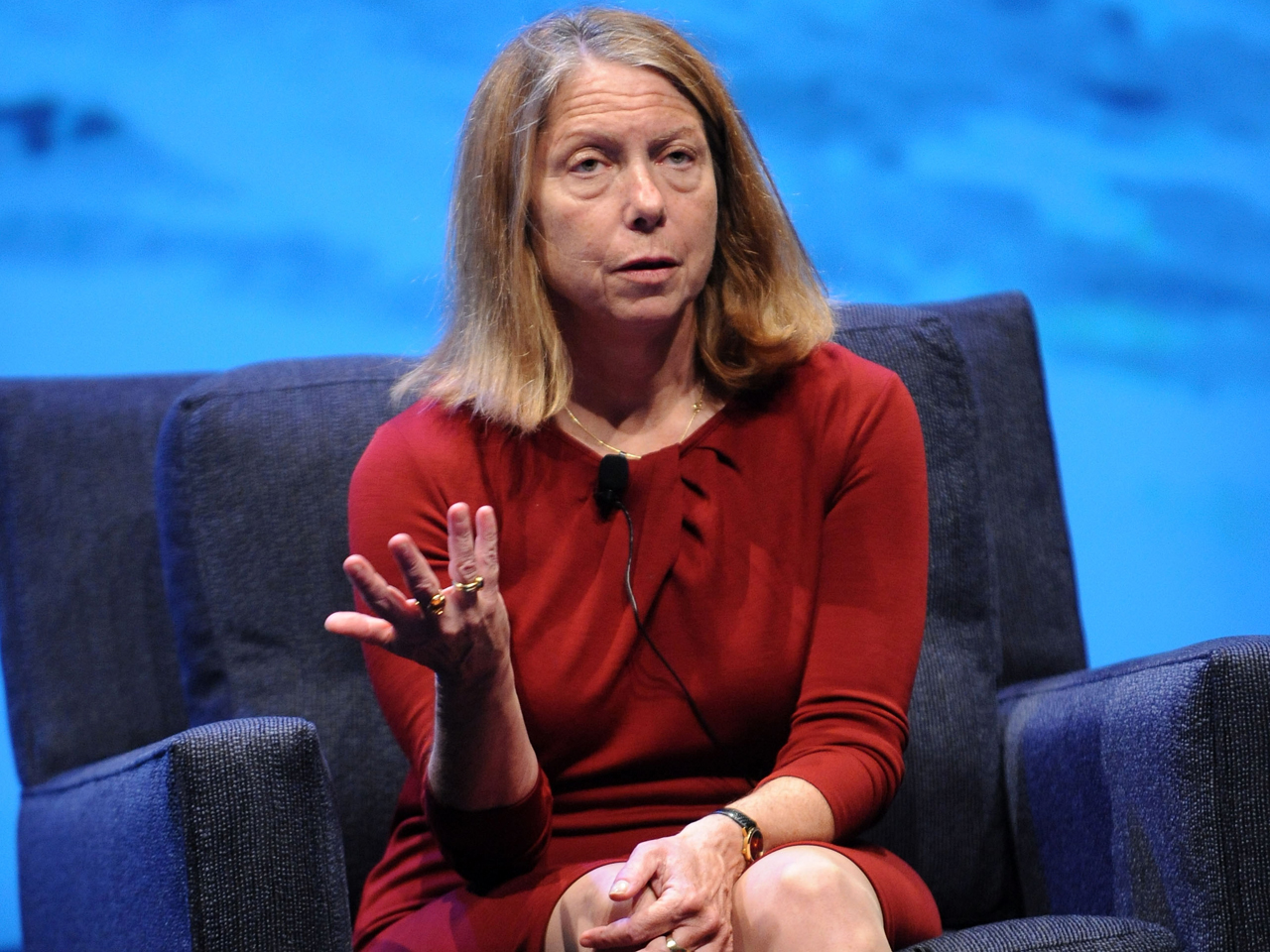 NEW YORK -- The New York Times on Wednesday announced that executive editor Jill Abramson is being replaced by managing editor Dean Baquet after two and a half years on the job.

Arthur Sulzberger Jr., the newspaper's publisher and chairman of its parent company, reportedly said there was "an issue with management in the newsroom."

A new report suggests other factors, including an equal pay dispute, were involved. Ken Auletta, a media writer for The New Yorker magazine who broke that story, spoke about it on "CBS This Morning" Thursday.

Auletta said he was going to write how much less Abramson was paid in another article. The Times said Abramson's salary was comparable to that of her predecessor, Bill Keller.

"She wasn't just fired, clearly, because of the pay-disparity issue," said Auletta. "That fed into a narrative that she was difficult to work with, and then Dean Baquet, her deputy, found out and was upset that she was trying to hire someone he felt he wasn't in the loop on that, and he complained to Arthur Sulzberger, the publisher.

"So that added, again, to this narrative that Jill is difficult, and so last Friday he went to her and said, 'Time for a change.'"

The company didn't give a reason for the change. Abramson and Baquet had both been in their current positions since September 2011.

Baquet, 57, who would be the first African-American to hold the newspaper's highest editorial position, originally joined the Times in 1990 as a reporter and held positions including deputy metropolitan editor and national editor. He left the paper for the Los Angeles Times in 2000, where he served as managing editor and then editor. He rejoined the Times in 2007 and was Washington bureau chief before becoming the managing editor for news.

"It is an honor to be asked to lead the only newsroom in the country that is actually better than it was a generation ago, one that approaches the world with wonder and ambition every day," Baquet said in a statement released by the newspaper Wednesday.

Prior to his first stint at the Times, Baquet worked at The Chicago Tribune and The Times Picayune in New Orleans. While at the Tribune in 1988, he and two other journalists won the Pulitzer Prize for investigative reporting, for looking into corruption in the Chicago City Council. He was a finalist in the same category in 1994.

The move comes amid a shift in the Times' focus, and that of the newspaper industry overall, toward digital products and away from traditional print papers as print circulation and advertising revenue declines.

In its most recent quarter, the Times Co. saw overall advertising revenue rise for the first time in three years, jumping 3 percent to $158.7 million. The company's print and digital advertising rose compared with the same period a year ago.

Sulzberger called Baquet the best qualified journalist to take on the job in the Times' newsroom.

"He is an exceptional reporter and editor with impeccable news judgment who enjoys the confidence and support of his colleagues around the world and across the organization," Sulzberger said in a statement.

Sulzberger added that Baquet was closely involved with Abramson in the Times' digital transformation over the past six months.

The managerial change came with little warning or explanation to Times employees, according to several staffers. Workers were sent an email Wednesday afternoon that asked them to gather in the newsroom. There, less than ten minutes later, publisher Arthur Sulzberger Jr. introduced Baquet as the Times' new executive editor.

According to one staffer, Sulzberger said a concern about newsroom management led to the change. Staffers applauded Baquet's promotion. Abramson was not present at the gathering.

Abramson, 60, was the paper's first female executive editor. She joined the newspaper in 1997 after working for nearly a decade at The Wall Street Journal. She was the Times' Washington editor and bureau chief before being named managing editor in 2003.

"I've loved my run at The Times," Abramson said in the company's statement. "I got to work with the best journalists in the world doing so much stand-up journalism."

Baquet succeeded her as managing editor after she was named to the top editing spot.