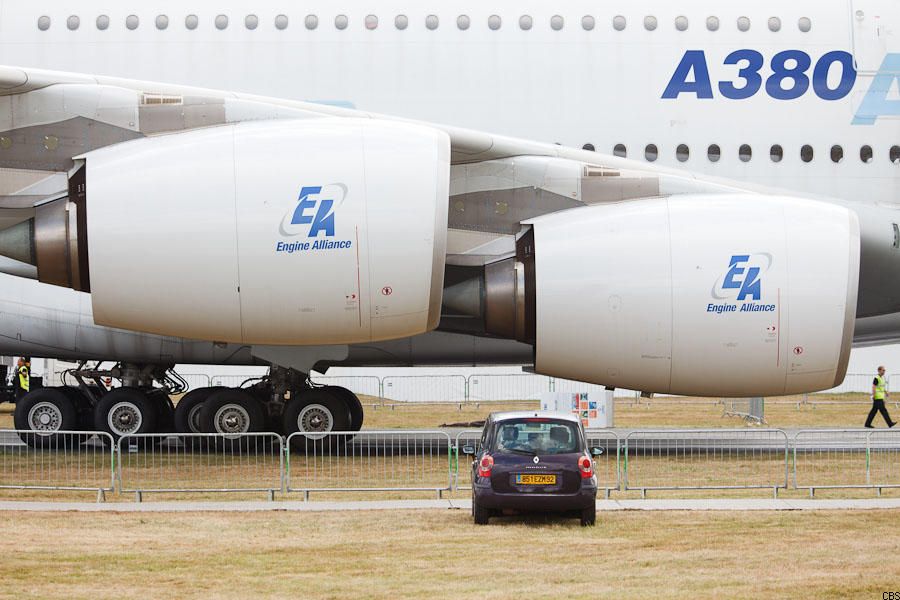 NEW YORK — A wing of an Airbus A380, the world's biggest commercial passenger jet, clipped the tail of another plane while taxiing out to depart John F. Kennedy International Airport on Monday night.

There were no injuries when the Air France super jumbo jet touched the other plane at 8:09 p.m., Federal Aviation Administration spokesman Jim Peters said.

Air France Flight 7, bound for Paris, was taxiing on a runway when its left wingtip struck the tail of Comair Flight 6293, which had just landed from Boston and was taxiing to its gate at Kennedy, one of the nation's busiest airports, Peters said.

Both jets were being towed to a ramp area for inspection, Peters said. The extent of the damage was unknown.

The Comair CRJ 700 Regional Jet was carrying 62 passengers and four crew members, said Betsy Talton, a spokeswoman of Atlanta-based Delta Air Lines Inc., for which Comair operates regional flights. All the passengers were taken off the plane and into a terminal, she said.

The most serious safety scare for the world's largest and newest jetliners occurred last year, when a Rolls-Royce engine on a Qantas A380 disintegrated shortly after takeoff from Singapore, prompting Qantas to temporarily ground its fleet. A preliminary report blamed the massive engine failure on an oil leak.