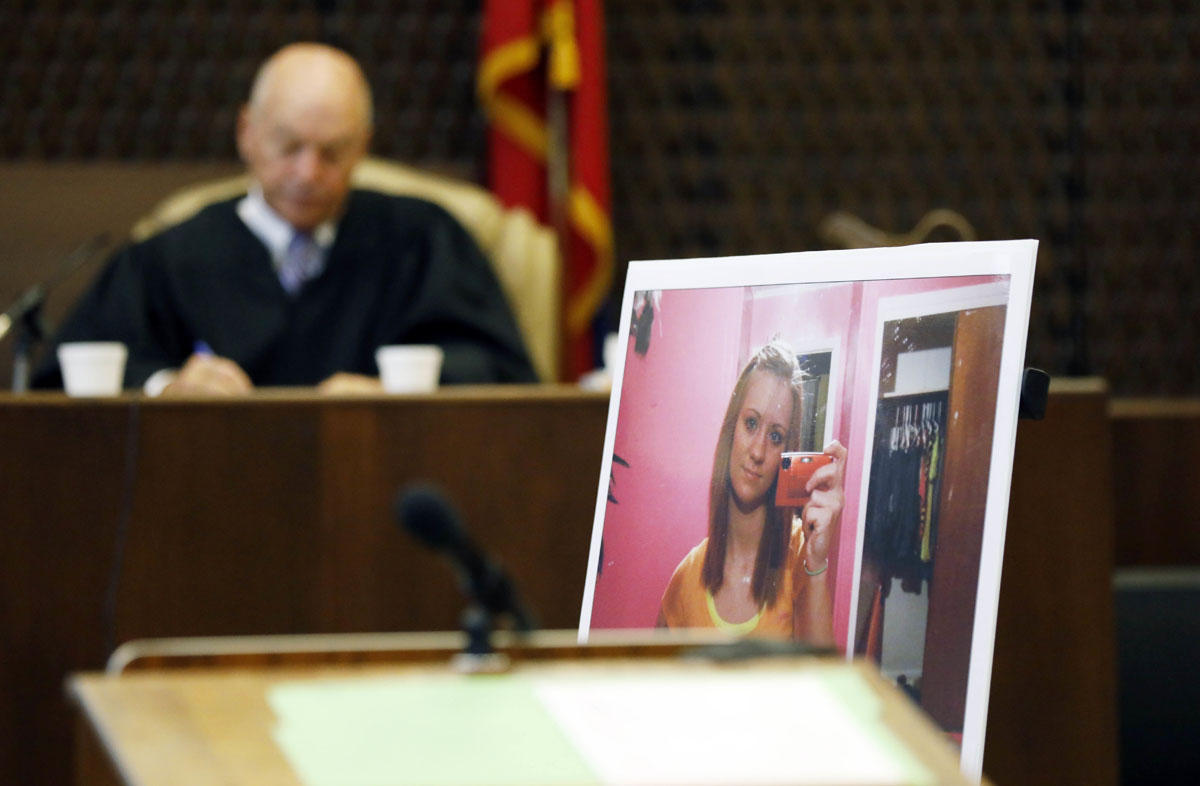 BATESVILLE, Miss. -- A severely burned Mississippi woman told firefighters before she died that someone named Eric set her on fire, several of the firefighters testified Wednesday.

The firefighters and paramedics testified in the trial of Quinton Tellis in Batesville, Mississippi, about 50 miles south of Memphis, Tennessee.

Tellis has pleaded not guilty to capital murder in the death of the 19-year-old Jessica Chambers, who authorities said was found with burns on 93 percent of her body on Dec. 6, 2014, in Courtland, Mississippi. She died the next day. Prosecutors say Tellis set Chambers and her car on fire in a rural back road and left her to die.

"Horrific burns, horrific pain," Champion said Tuesday. "I would venture to guess if all of us sitting here were to know we're going to die, that the very last way we would want to die would be by fire. But Jessica was set on fire."

Chambers' words to first responders emerged as a key point of contention during opening statements Tuesday. Before Chambers died about four hours later at the Memphis hospital where she had been airlifted, she tried to name her killer, Champion said. Multiple firefighters who tried to help the teen said Chambers told them someone named "Eric" or "Derek" burned her.

Champion acknowledged Tuesday that that's not the name of the man he's prosecuting, but told jurors he believed evidence in the case would "change your mind." He said Tellis, a friend of Chambers, admitted to being with her on the day she died, but changed his story repeatedly to local, state and federal investigators about when he spent time with her that day.

Citing statements Tellis made to investigators, Champion said Tellis and Chambers had sex in her car the evening she was found burned. Champion said he believes Tellis suffocated Chambers and thought he had killed her.

Tellis then drove Chambers' car with her inside it to the back road, ran to his sister's house nearby, jumped in his sisters' car, stopped to pick up gasoline from a shed at his house and torched Chambers' car and her, Champion said.

Chambers was so severely burned she may have had difficulty speaking, Champion said, offering a possible explanation for why first responders heard her say "Eric" or "Derek." But defense attorney Darla Palmer cautioned jurors against discounting the victim's own words. Palmer said at least eight first responders heard Chambers say the name "Eric," and also reported she said she didn't know his last name.

"She knew Quinton," Palmer said Tuesday. "She knew his name is Quinton Tellis. But she did not say that that day."

Palmer argued that the case is "full of reasonable doubt" and said evidence would show that Tellis was in Bateville, miles away from the crime scene, buying a pre-paid debit card to send to his girlfriend during the time prosecutors allege he was killing Chambers.

Firefighters who responded to the scene testified Wednesday they wrapped Chambers in blankets to keep her warm. She was wearing nothing but underwear when she was found, and she had trouble saying more than a few words at a time, firefighters said.

One testified she said, "Thirsty" and "Cold."

One of the first firefighters on the scene, Daniel Cole, said Chambers had soot around her nose and mouth. Cole said he asked her, "Who did this?"

Cole said he heard her say, "Eric set me on fire."

Firefighter Shane Mills said he was horrified to see her condition. Mills said he knew Chambers, but did not recognize her at first.

"One of the worst things you could imagine," Mills said. "I can't picture it for y'all. Her hair was, you know, beautiful blonde. You look at it at the time, her hair is just fried."

The horrific circumstances surrounding the former high school cheerleader's death garnered national attention. The trial has been emotional, with witnesses breaking down on the stand and spectators crying when jurors were shown graphic photos of Chambers' burned stomach and face. One first responder who gave tearful testimony Tuesday hugged Chambers' father as he stepped down from the stand.

Tellis, 29, faces life in prison without parole if convicted.

He also faces a murder indictment in Louisiana, where he's accused in the torture death of Meing-Chen Hsiao, a 34-year-old Taiwanese graduate student at the University of Louisiana at Monroe. No trial date has been set in that case.