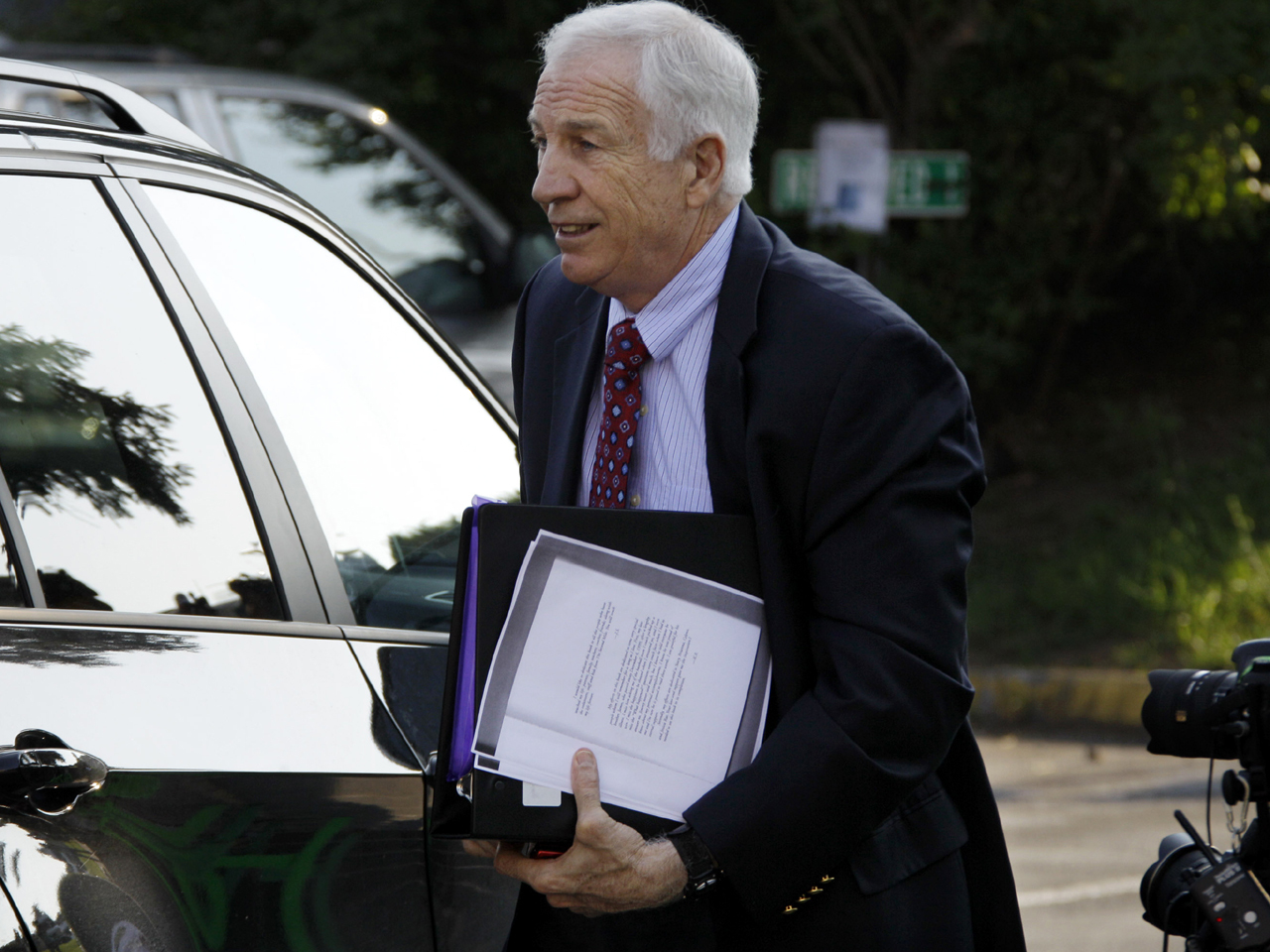 Court was dismissed for the day. The next step in the trial is closing arguments, set for Thursday morning.

Dr. Jonathan Dranov, a family friend of McQueary, said Wednesday that he spoke to McQueary the night McQueary claimed to have seen Sandusky engaging in a sex act with a boy of about 10.

Dranov testified that McQueary described hearing "sexual sounds" and seeing a boy in the shower and an arm reach around him and pull him out of view. McQueary said he made eye-contact with the boy and Sandusky later emerged from the showers, Dranov said.

That account differs from what McQueary told a grand jury that investigated Sandusky and what he told jurors last week.

Dranov told the jury that McQueary didn't provide him with a graphic description of what he saw but described hearing sounds he considered sexual in nature.

"It just seemed to make him upset so I backed off that," Dranov said.

"His voice was trembling. His hands were shaking. He was visibly shaken," Dranov said.

McQueary had testified earlier that he wasn't "over-descriptive" in his conversation with Dranov, saying he told the doctor that what he saw was sexual, wrong and perverse.

The morning also featured testimony from more defense character witnesses, including a couple of participants in Sandusky's youth charity, "The Second Mile." Prosecutors allege that Sandusky met his alleged victims through The Second Mile, which once was lauded for its efforts to help at-risk children.

One of the former Second Mile participants, David Hilton, who said he thought of Sandusky as a "father figure," testified that he felt like investigators were trying to coach him into accusing Sandusky.

"When it got to the second or third time I felt like they wanted me to say something that isn't true," he said. "[They] asked me questions different ways to see if I would slip up."

The defense has sought to portray investigators as planting the seeds for accusations against Sandusky by sharing details of other alleged victims' claims.

Before the start of testimony Wednesday, a female juror was excused for an illness and replaced by an alternate, also a woman.

Prosecutors rested their case Monday after presenting 21 witnesses, including eight who said they had been assaulted by Sandusky. The identities of two other people prosecutors say were victims are unknown to investigators.