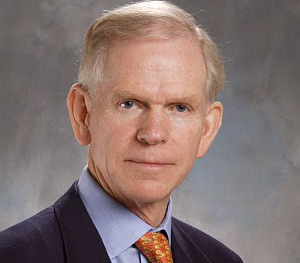 GMO, the Boston-based asset manager co-founded by legendary investor Jeremy Grantham, just released its latest quarterly update. As always, it's indispensable reading for long-term investors. From concern about a bubble forming in China to a passionate hatred of bonds, GMO outlines its four broad strategies for investing in 2012 and beyond.

-- Maintain a bias toward quality. Investors often define "quality" stocks as those that have high returns on equity. GMO's definition is more substantive, including firms with high and stable profitability, low debt levels and shares that exhibit comparatively low volatility.

"Quality gave back a bit of its outperformance [in the fourth] quarter, but the game is in the early innings still," GMO says in its latest report. "High quality stocks still trade at attractive levels, and the general defensive posture of quality still remains appealing given all of the uncertainties surrounding global prospects, dysfunctional governments, and horrific bond yields."

-- Maintain a bias toward value stocks in Europe, Australasia and the Far East (EAFE). Like quality, value can be hard to define and often lies in the eye of the beholder. GMO looks for low earnings multiples and price-to-book values like everyone else. But the money manager also makes adjustments to its model based on company quality, which helps it avoid low-quality stocks that are cheap for good reason.

"We've also begun to bias our international portfolios toward value," says GMO. "One cannot characterize this as a 'big bet,' but valuations are such that we are beginning to see attractive spreads between growth [stocks] and value [stocks] in international equities."

-- Reduce exposure slightly to emerging markets. GMO funded some of its flows into EAFE investments from emerging market equities. "Continued concern surrounding China's economic bubble and a likely inability to deflate it without contagion effects gave us pause," GMO says.

-- Continued bearishness on bonds. "We are literally running out of superlatives to describe how much we hate bonds," GMO says. "Yields are pitiful, dangers of even a slight recovery that could wreak havoc for long-duration portfolios loom, and monetary policies globally certainly have added to the specter of rising yields."

Keep in mind that as good as GMO's record has been, it characterizes itself as a contrarian firm. By definition, such investors "run into burning buildings," in firm's words. It's one thing to take GMO and Jeremy Grantham's analysis into account when tweaking or rebalancing your own long-term portfolio. It's quite another to try and replicate their success.