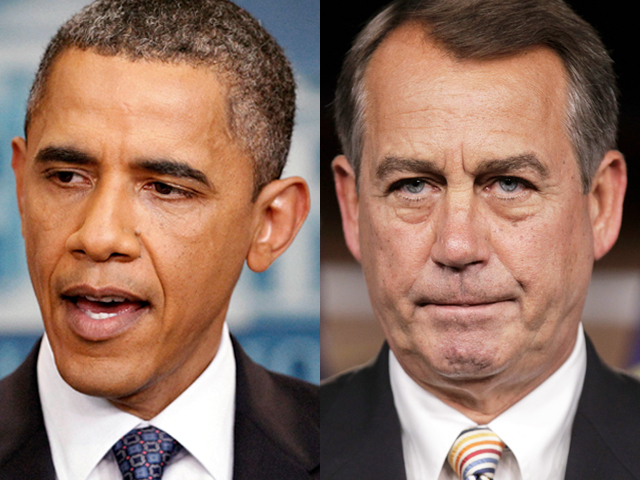 Get ready for a budget battle royale between the White House and Congress -- one that could determine the trajectory of the stock market for the remainder of the year, writes Jeffrey Kleintop, chief market strategist at LPL Financial, in a new note to clients.

President Obama is due next week to submit his 2013 budget, which covers the federal fiscal year starting Oct. 1. The White House missed last year's deadline, and the House and Senate split at the time on passing budget resolutions. Kleintop cautions that this year's gridlock is likely to be no different, but with even more serious implications for stocks.

"The 2013 budget is already going to have the biggest impact of any budget in decades even if no action is taken in Washington," Kleintop says. "The fiscal headwind comprised of both tax increases and spending cuts under current policy totals over $500 billion, or 3.5 percent of GDP."

Is the "jobless recovery" over?
Investors dump stock funds, pile into bonds
Stocks poised for a 25 percent plunge?

The U.S. has never experienced a deficit cut of more than 2 percent of GDP that did not result in a sharp decline in GDP, Kleintop notes. That means addressing all the costs and tax cuts outlined in the table below, which could combine to put a major dent in economic growth. See a breakdown of the $500 billion budget albatross, courtesy of LPL:

"The 2013 budget changes, primarily consisting of tax increases, are already in the law and would need to be changed to mitigate or restructure them to be less of an economic drag," Kleintop notes. "If not, a return to recession may be looming in 2013."

Furthermore, the risk that the White House and Congress will fail to reach a budget deal should keep markets from moving steadily higher in 2012, Kleintop cautions.

"With Congress now back in session and the president's budget due on Feb. 13, just a week away, the markets may begin to refocus on the risks to the economy posed by inaction in Washington leading to a return of volatility," he says.