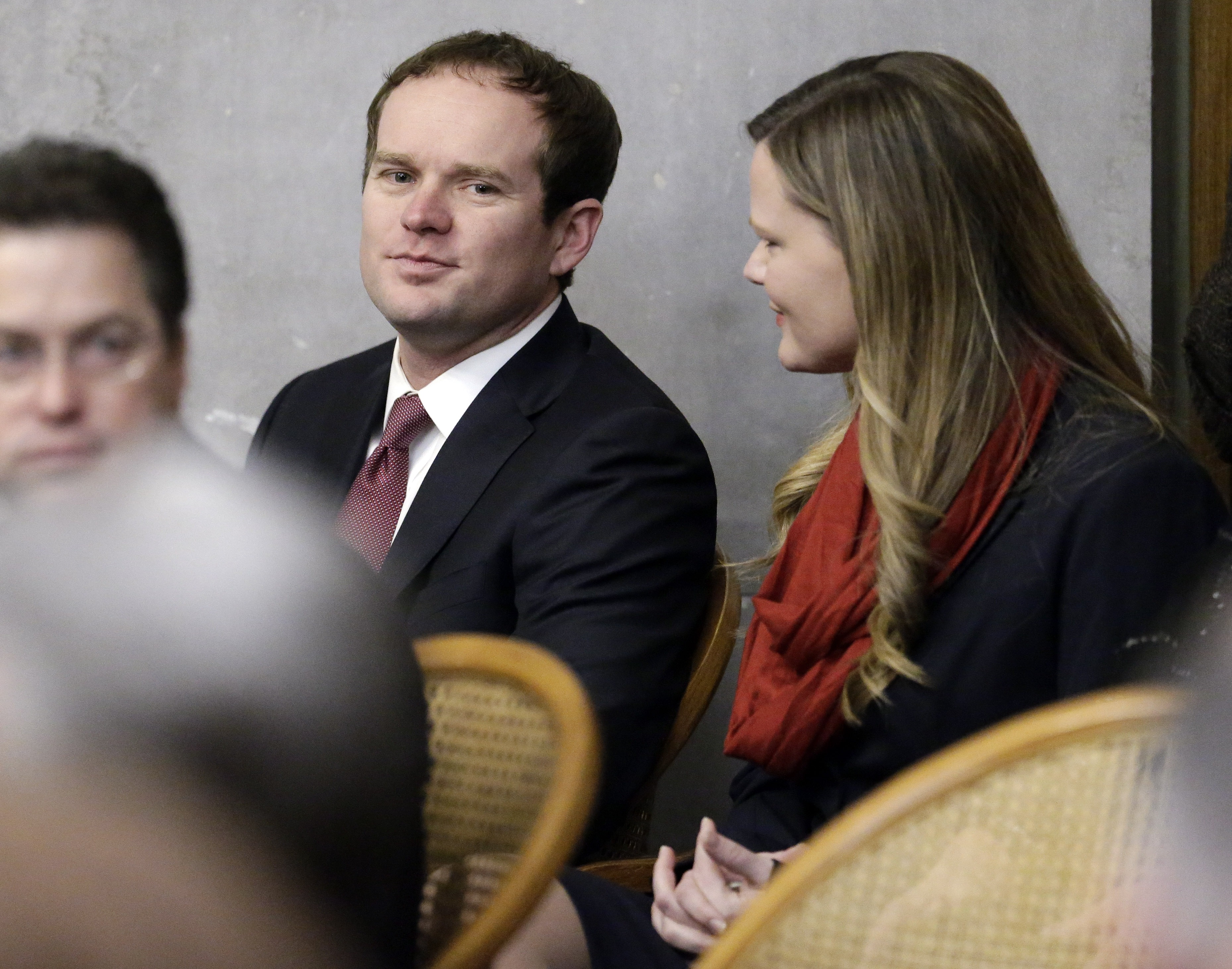 NASHVILLE, Tenn.-- A Tennessee lawmaker is effectively being quarantined from lawmakers, lobbyists and interns after the state's attorney general determined that he could pose a risk to "unsuspecting women" at the state Capitol complex.

House Speaker Beth Harwell announced Thursday that she is moving Rep. Jeremy Durham's office to the ground floor of a building across the street and that his access to committee rooms and the House chamber will be limited to when meetings are taking place. The move comes amid a state attorney general's investigation into the Franklin Republican's "pattern of conduct" toward women.

Interviews with 34 current and former lawmakers, lobbyists, staffers and interns included allegations that Durham made sexual comments and inappropriate physical contact with women working at Legislative Plaza, according to Attorney General Herbert Slatery's memorandum to Harwell.

Slatery recommended that the House take action to avoid a hostile work environment at the Capitol complex.

"Representative Durham's alleged behavior may pose a continuing risk to unsuspecting women who are employed by or interact with the Legislature," Slatery said in the memo.

Durham, who did not immediately respond to an email seeking comment Thursday, has denied any wrongdoing and is running for re-election this fall. His attorney, Bill Harbison, said he objected to what he called an "unusual" investigation.

"We find it surprising and unfair, frankly, that a report would be released without our having had any opportunity to know what was being investigated or what was being discussed," Harbison told The Tennessean.

In January, Durham told CBS affiliate WTVF that he would not comply with Republican leaders' requests for resignation.

"I know for a fact I've never sexually harassed anybody," he said. "If I've sent a text message that I shouldn't have, and someone will present it to me I'm happy to address it, and I'll take responsibility."

Harwell, a Nashville Republican, said in a statement that she felt "compelled to take proactive steps to protect all parties concerned until the conclusion of the investigation."

Durham stepped down as House majority whip in January and later withdrew from the House GOP caucus altogether amid several allegations of inappropriate behavior, both in person and via text messages.

He then went on a two-week hiatus from the General Assembly to seek unspecified medical and pastoral counseling.

Prosecutors in 2014 sought fraud charges against Durham on allegations of altering medical prescriptions, but a grand jury declined to indict the lawmaker.

Slatery's office found most of the interviewed women felt they could not report Durham's behavior because they feared losing their jobs, or being deemed "untrustworthy" by employers, clients or lawmakers. Several of them said they avoid Durham or refuse to be alone with him, which has "affected their ability to perform their jobs," according to the memo.

The allegations outlined in Slatery's memo also say Durham used his position of power to:

- Involve alcohol in his interaction with women.

- Make comments of a sexual nature or engage in inappropriate physical contact.