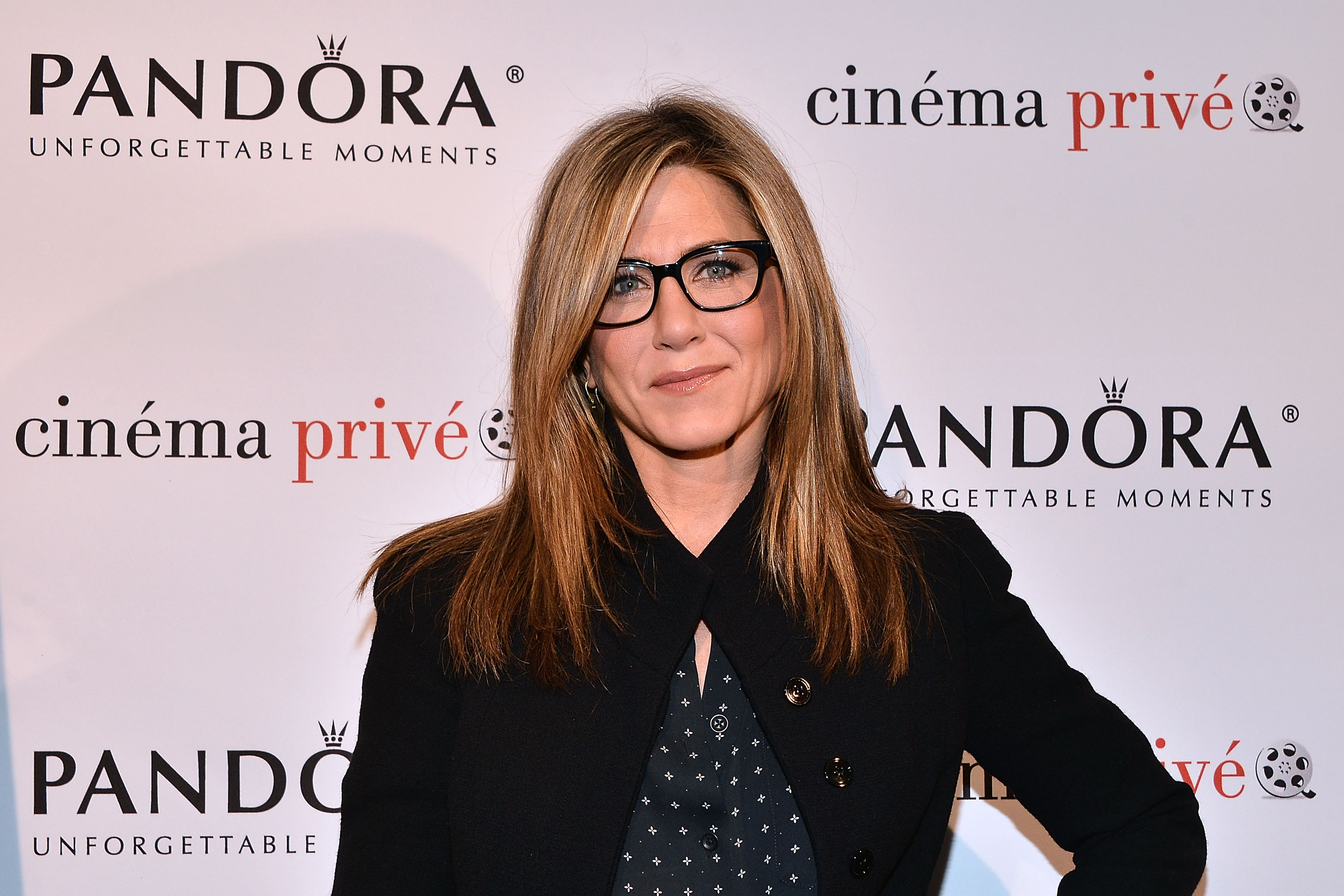 The actress and her "Horrible Bosses 2" co-star Jason Bateman showed up on "The Graham Norton Show" and she pitched a few ideas for the reuniting of Ross, Rachel, Joe, Chandler, Phoebe and Monica. The first idea was pretty adorable. "Honestly, we should just wait," she told the British talk show host. "I say we just wait until we're really much older and just be Golden Friends."

Norton had another idea to get rid of this "Friends" chatter once and for all, "Just make it grim and depressing so no one will ever want to see it again."

Norton added, "It could just be a series of funerals."

Pleased with this idea, Aniston said, "Then we'll know that there's no reunion to have."

The 45-year-old A-lister also recalled her season 1 haircut -- "The Rachel" -- that made her a household name. "It had legs," Aniston said of the style.

While her 'do was the envy of women everywhere, the actress admitted that the upkeep of the style was a real pain. Celebrity stylist Chris McMillan is responsible for the iconic cut and just happened to come along with Aniston to the talk show. "He was loaded when he gave me the haircut," she joked. "He was stoned out of his mind."

A "Friends" reunion doesn't look like it's happening any time soon, but thank goodness the entire season is headed to Netflix! Here's ET's 1994 set visit to the hit show.