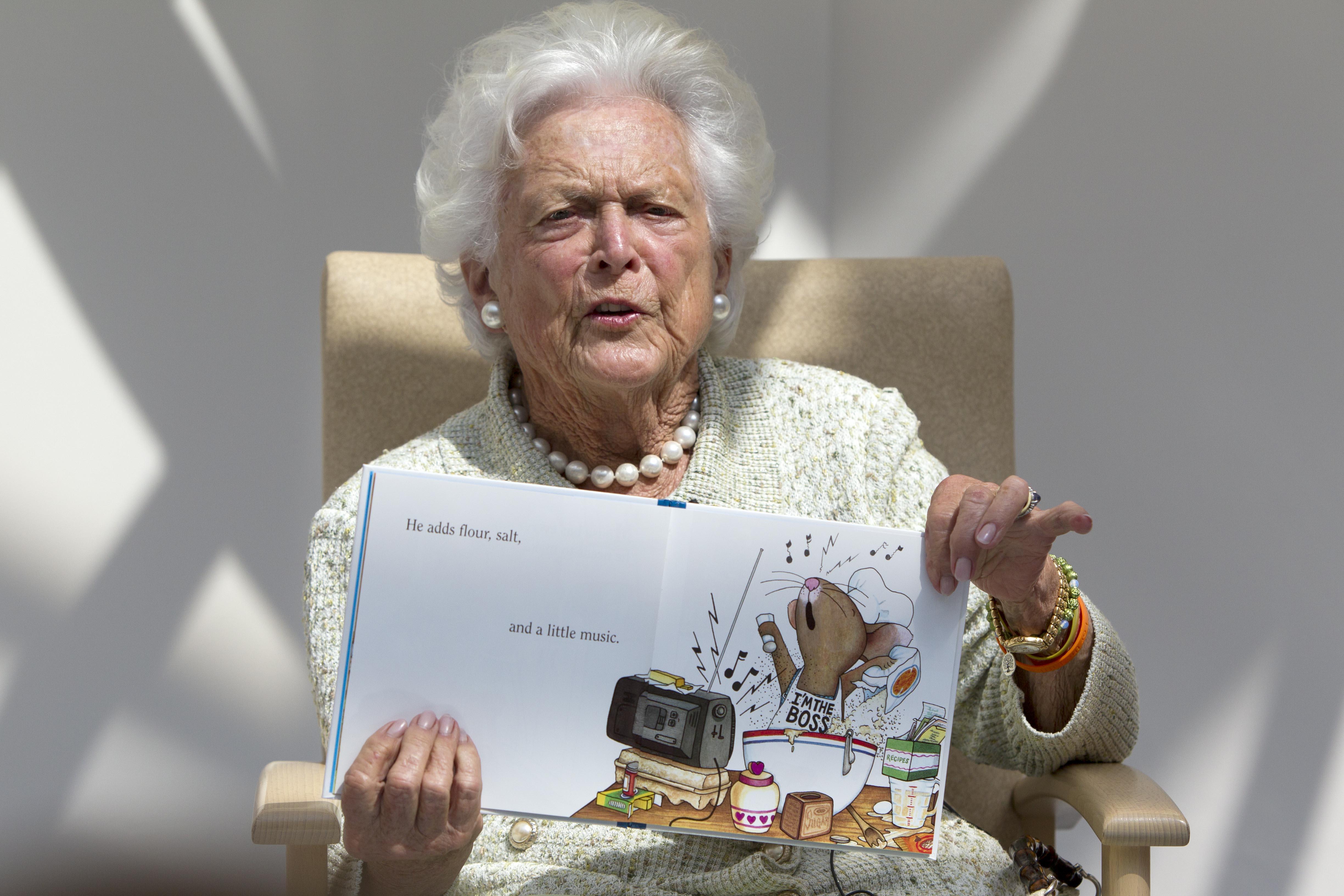 Jenna Bush Hager paid tribute to her late grandmother, Barbara Bush, in a touching video on the "Today" show. Mrs. Bush died Tuesday evening at the age of 92. The family said in the days prior to her death that she had decided not to seek additional medical treatment and instead sought comfort care at home. She had suffered from congestive heart failure and chronic obstructive pulmonary disease (COPD).

In a video letter that aired on Thursday, Hager addressed her "Ganny" and said, "You are our family's rock, the glue that held us together."

Hager said that she hoped her grandmother knew how many people were praying for her in her final days.

"How many people told me they loved you," Hager continued. "People stopped me everywhere — in airports, on the street — and declared their love for you."

Hager also talked about her grandmother's nickname — the "Enforcer" — and said, "It was because you were a force and you wrote the rules. Your rules were simple: treat everyone equally, don't look down on anyone, use your voices for good, read all the great books."

In a call to "Today" anchors Hoda Kotb and Savannah Guthrie, Hager said of her family, "We're doing well. I think it's a mixture of waves of great gratitude for a life well-lived. She lived the best life. And also for the tributes pouring in and for the people that care. It's really remarkable and of course, pangs of sadness because she will be so dearly missed."

Hager also talked about one of the last e-mails that her grandmother had sent to her that simply said, "I am watching you. I love you. Ganny."

Hager said she also admired her grandmother and grandfather's marriage, calling their love "unconditional." She told the anchors  former President George H.W. Bush is "heartbroken" and said, "He misses her, of course."