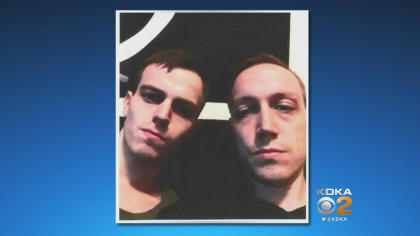 PITTSBURGH — Police have arrested a man in Washington, D.C. who allegedly has social media ties to the suspected gunman in the Tree of Life Synagogue shooting in Pittsburgh that killed 11 people. CBS Pittsburgh, citing a statement from U.S. Attorney Scott Brady, reports that 30-year-old Jeffrey Clark made an appearance in a Washington, D.C. federal courtroom on Tuesday.

Clark is facing one federal count of unlawful possession of firearms by a person who is an unlawful user of or addicted to any controlled substance, and one count in the District of Columbia of possessing high-capacity magazines.

According to court papers, Clark was "friends" with the synagogue shooting suspect, Robert Bowers.

Clark was arrested after family members told police that he was having agitated outbursts, reportedly telling investigators that Clark said the shooting victims at the Tree of Life "deserved it."

Investigators allege that Clark is a member of the same social networking site as Bowers, a website called Gab.

Authorities report that in the hours after the synagogue shooting, Clark's younger brother, Edward, went to an island in D.C. and shot and killed himself. CBS affiliate WUSA reports relatives told investigators that the brothers were involved in the alt-right movement and told them about the brothers' connection to Gab and the Pittsburgh shooter.

Relatives told investigators both brothers were part of alt-right movements and that they became interested in guns because they thought there was going to be a civil war, according to court papers.

Among the posts investigators mention in the criminal complaint, is one which shows the Clark brothers posing with masks on in front of a flag with a skull and crossbones. There's also a superimposed photo of Dylann Roof, the mass murderer convicted of killing people inside a South Carolina church.

After the shooting at the Tree of Life, authorities say Jeffrey Clark posted a picture of Bowers on Gab, and underneath it, the post reads in part: "This was a dry run for things to come."

Family members told police that Clark defended the synagogue shooting suspect, and that he and his now deceased brother had allegedly fantasized about killing blacks and Jews, according to court papers.

In Pittsburgh, U.S. Attorney Scott Brady issued a statement reiterating that there's no evidence that anyone else had prior knowledge of the Tree of Life attack.

He goes on to say: "The United States Attorney's Office and the Federal Bureau of Investigation in Pittsburgh want to assure the victims and the victims' families of the Tree of Life Synagogue attack that their safety is of paramount concern and that law enforcement continues to devote all available resources to the investigation and prosecution of this case."