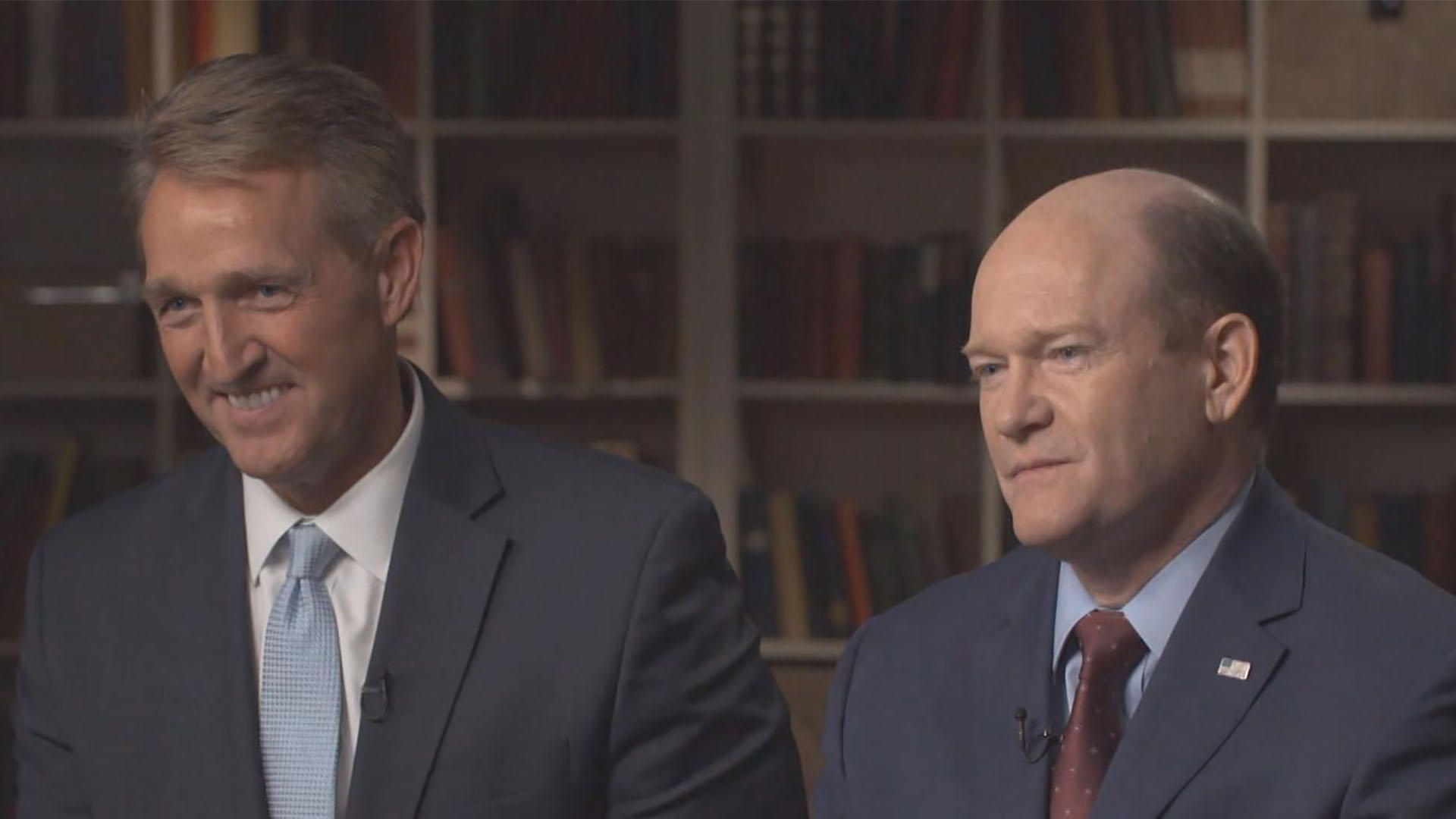 During testimony before the Senate Judiciary Committee on allegations of sexual assault leveled by accuser Christine Blasey Ford, Judge Brett Kavanaugh delivered an emotional denial and a stunning rebuke of the confirmation process, at times breaking down in tears.

In an interview with "60 Minutes" correspondent Scott Pelley airing Sunday, Sens. Jeff Flake, R-Arizona, and Chris Coons, D-Delaware, discussed what they thought of Kavanaugh's emotional testimony. Both senators were instrumental in delaying a floor vote on Kavanaugh's nomination for one week while the FBI conducts an investigation into claims against him.

"To see his family behind him, as Chris said, it was anger, but if I were unjustly accused, that's how I would feel as well," Flake said in an interview airing Sunday evening. "As it went on, I think his interaction with some of the members was a little too sharp. But the statement in the beginning I thought was pretty raw, but in keeping with someone who had been unjustly accused."

Coons said Kavanaugh's reaction to questions posed by Democratic Sens. Dianne Feinstein and Amy Klobuchar about his drinking and behavior in high school "went over a line."

"He was clearly belligerent, aggressive, angry. And I thought there was a tough dynamic there. As I watched him, part of me thought, 'This is a man who believes that he did nothing wrong, and he's completely unjustly accused. And he's being railroaded. And he's furious about it,'" said Coons.

Coons added that Kavanaugh's more "partisan" responses made him question his fitness for the bench.

"There were some lines that he delivered that were sharper, more partisan, more, 'This is the Clintons paying me back. This is a Democratic smear campaign,' that I was surprised, struck to hear from a judicial nominee," Coons said. "I'm not at all surprised to hear that from other colleagues in the committee or on television. But I was really struck that I thought his anger got the best of him. And he made a partisan argument that would've been best left to be made for his advocates and defenders on the committee."

Flake said he "didn't like" Kavanaugh's "mention of the Clintons and whatnot," but added, "I had to put myself in that spot. I think you give a little leeway there."