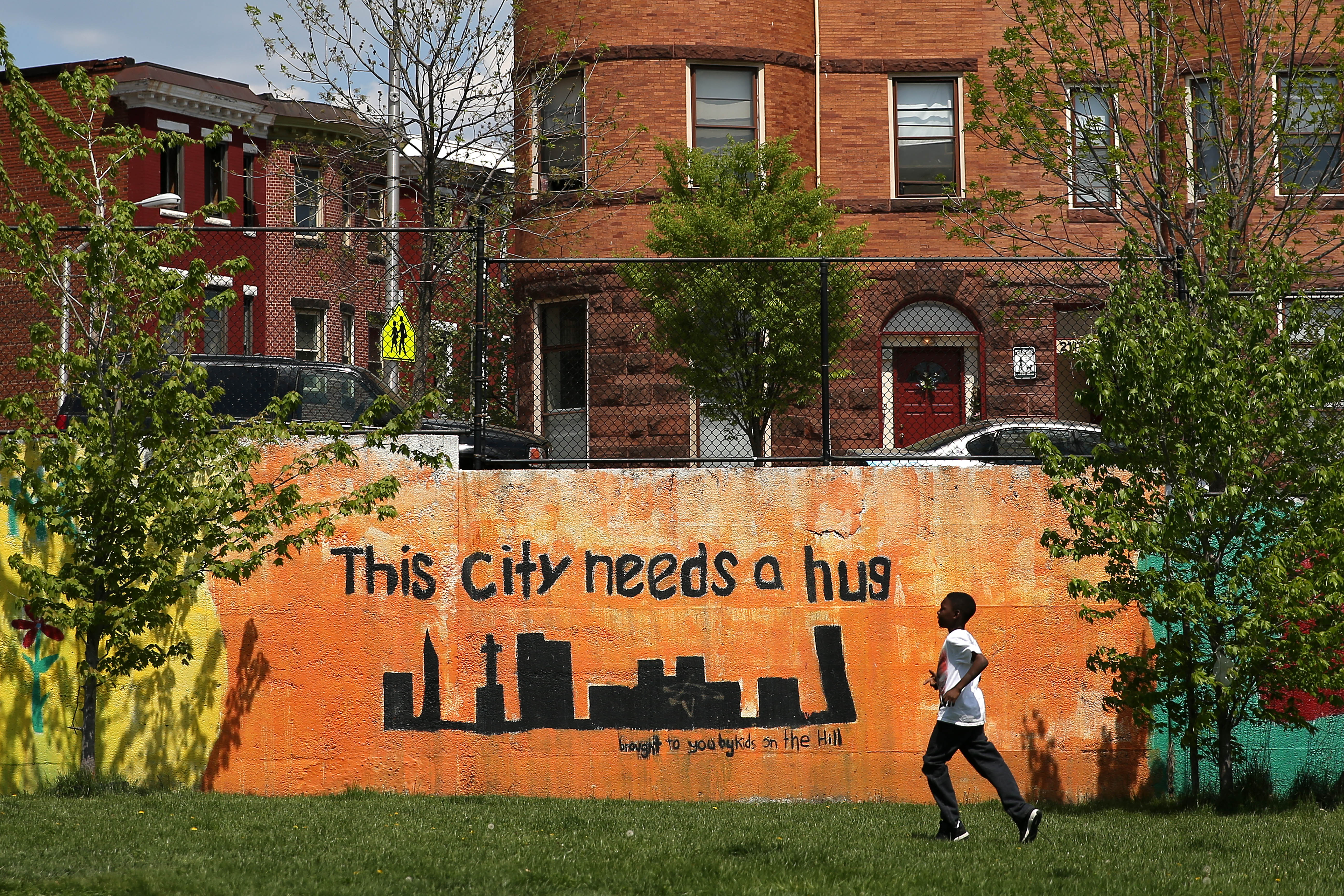 For months, Martin O'Malley has boasted to his potential 2016 supporters that he helped clean up the streets of Baltimore during his tenure as mayor, reducing the crime rate in the city by more than 40 percent.

Yet in the past few weeks, scenes of angry and at times violent protests in Baltimore have told a drastically different story. While the unrest was sparked by the death of Freddie Gray, who died last month while in the custody of police, the mistrust and frustration toward law enforcement has been simmering in Baltimore for years -- since O'Malley was mayor.

When the Democrat officially announces his presidential bid from Baltimore on Wednesday, he'll be standing by his record while using the current turmoil to put forward an agenda that's about more than criminal justice reform.

"I did not dedicate my life to making Baltimore a safer and more just place because it was easy," O'Malley said Sunday on NBC's Meet the Press, adding that he's "more deeply motivated now to address what's wrong with our country and what needs to be healed and what needs to be fixed... There are people in whole parts of our cities who are being totally left behind and disregarded. They are unheard. They are told they are unneeded by this economy... We need to stop ignoring especially people of color and [acting] like they're disposable citizens in this nation."

Still, the collection of aggressive law enforcement tactics that fell under O'Malley's "zero tolerance" strategy clearly had unintended consequences -- consequences that should have been anticipated, some argue.

O'Malley "probably had the best of intentions, but boy, was it foreseeable," Joe Margulies, a visiting professor at Cornell Law School, said to CBS News regarding the current unrest in Baltimore. Adopting a "zero tolerance" approach to law enforcement -- a model that started in New York City and was embraced in multiple cities in the 1990's -- produced precisely the results that then-Mayor O'Malley could have expected, he said.

"When you are so unrelenting in your stops -- and every officer on the street would tell you this -- you can predict with absolute certainty that you're going to breed a lot of animosity," Margulies said.

The terms "zero tolerance" or "broken windows" policing can encompass a range of tactics, some of which -- like stop-and-frisk stops -- are less accepted now, said Nick Turner, president of the Vera Institute of Justice.

What all of those tactics have in common, he said, "is that they were on the aggressive side of the spectrum, and that often the volume of interactions with the police tended to be high and generally negative."

The debate continues over some of those tactics, such as enforcing low-level offenses like public urination.

"Looking back, the fact of the matter was, [in] 1999 the main issue holding Baltimore back was we had allowed ourselves to become the most violent, addicted and abandoned city in America," he said.

The former mayor and governor reiterated that the crime rate fell significantly under his leadership, calling the current unrest "a heartbreaking setback for an otherwise remarkable comeback for Baltimore over these last 15 years."

O'Malley served as mayor from 1999 to 2006, during which time he introduced a range of new policing strategies.

As the Washington Post noted, the crime rate from 1999 through 2009 did fall by 48 percent in Baltimore -- giving the Baltimore City Police Department a bigger reduction in crime than any other large police agency in the nation. While the drop in crime was especially notable in Baltimore, cities around the country saw falling crime rates over that decade.

"It is true that crime did drop under [O'Malley's] watch, but it is unclear what that is attributed to," Inimai Chettiar, director of the Brennan Center's Justice Program, told CBS News.

The Brennan Center recently finished an 18-month study examining why crime has declined nationwide over the past two decades. One specific finding relates to Compstat, a crime-mapping system first used in New York to closely monitor arrest data and practices. The study found that Compstat was responsible for 5 to 15 percent of the reduced crime rate in various cities, including Baltimore, Chettiar said.

While that specific program has had positive results, it's still unclear whether "zero tolerance" policies also reduced crime, Chettiar noted. It's particularly tough to extrapolate, given that Compstat, zero tolerance policies and other tactics were all employed around the same time in Baltimore. The Brennan Center study also found that social and environmental factors, such as the aging population and a decrease in unemployment, can have a relatively large impact on crime rates.

While it's not clear what impact zero tolerance policing has had on the crime rate, it's clear that it had a significant impact on the Baltimore community overall. In 2005, more than 108,000 of the city's roughly 600,000 residents were arrested -- most for nonviolent offenses. In November of that year, some state lawmakers said they were fed up with the city's stop-and-frisk protocols. "These are Gestapo tactics, all in a mad rush to get crime down, and it isn't working," one state legislator complained.

Even patrol officers complained to their union representatives that the stop-and-frisk tactic was overused, the Baltimore Sun reported in 2005. Some officers reportedly called stop-and-frisks a "VCR detail," for violation of civil rights.

The Vera Institute in 2013 published a thorough report on the impact that stop-and-frisks had on youth in New York, finding that it had a clearly negative impact on community-police relations. After surveying roughly 500 young people who had been subjected to a stop-and-frisk search, only four in 10 said they would be comfortable seeking help from police if in trouble. Nearly 9 out of 10 agreed with the statement, "people in my neighborhood don't trust the police."

"It says something about a class of police interventions, aggressive interdictions, that can really end up disserving the public safety agenda of the police," Turner said.

The Baltimore Police Department in 2012 surveyed residents about their satisfaction with the police. When it came to specific questions about "preventing crime" or "professionalism," fewer than half were satisfied. Only in one category out of five -- "police presence" -- did more than 50 percent of residents say they were satisfied. The department, under the new commissioner Anthony Batts, used that information to produce a strategic plan for improvement.

The Baltimore plan is illustrative in the adjustments that some police forces around the country have been making as residents grow tired of aggressive tactics. Along all points of the criminal justice continuum, from the allocation of police resources to rehabilitation services, there's talk about reform, Margulies noted.

"There is a new conversation about policing that for a variety of reasons didn't exist 15, 20 years ago," he said.

While O'Malley hasn't disavowed the policies he endorsed as mayor of Baltimore, he seems determined to be there as the city and the nation move on to a new approach. After riots erupted in Baltimore, he cut short a trip to Europe last week to spend time in the city and reach out to community leaders.

"I just wanted to be present," O'Malley told reporters. "There's a lot of pain in our city right now, a lot of people feeling very sad... We've got to come through this together. We're a people who've seen worse days, and we'll come through this day."