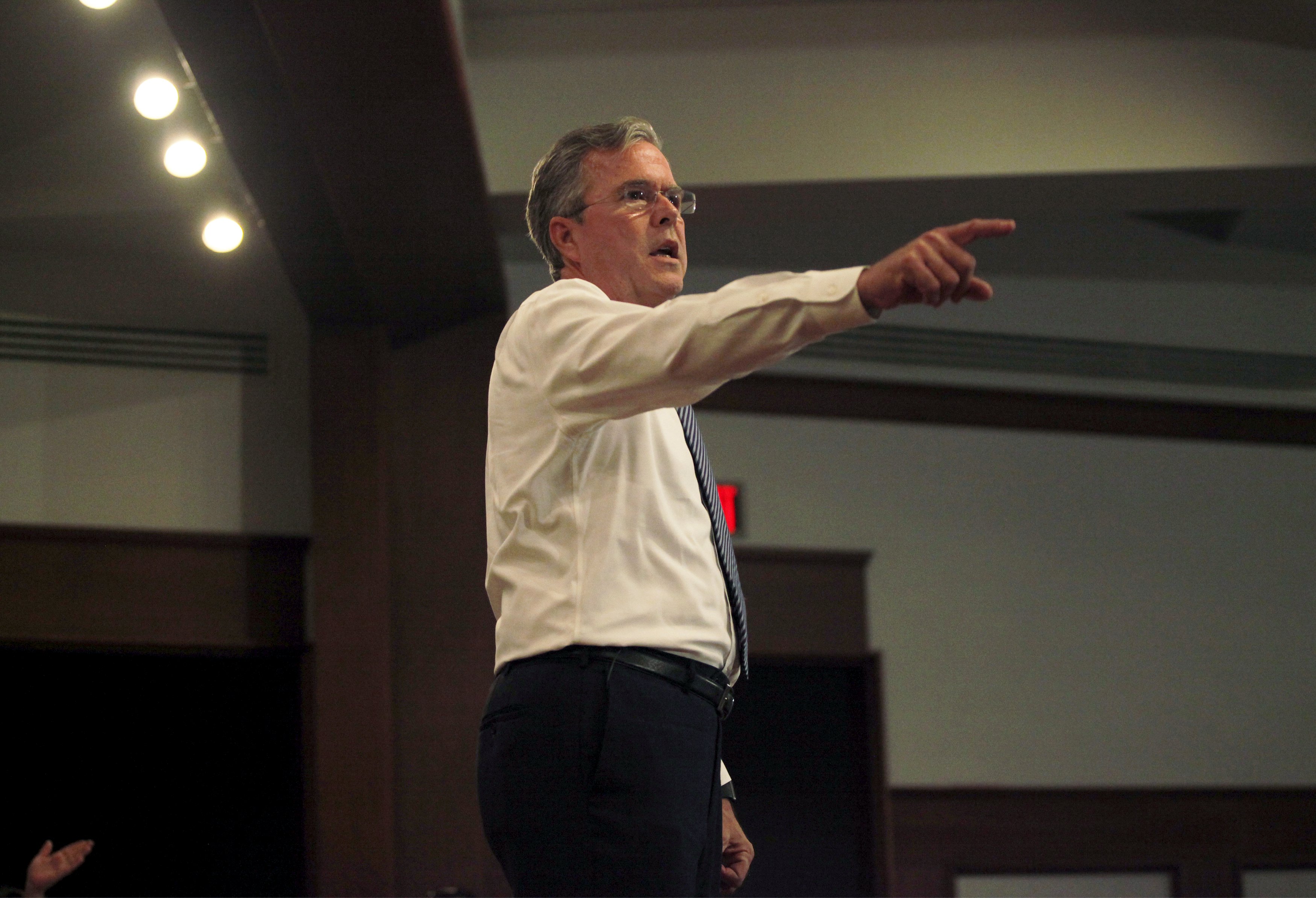 Republican presidential candidate Jeb Bush wants the United States to devote more resources to the fight against the Islamic State of Iraq and Syria (ISIS) -- including boots on the ground.

"Militarily, we need to intensify our efforts in the air - and on the ground," Bush said in a foreign policy-focused speech Wednesday at The Citadel, South Carolina's military college. "While air power is essential, it cannot bring the results we seek. The United States - in conjunction with our NATO allies and more Arab partners - will need to increase our presence on the ground."

The former Florida governor did not specify the number of troops he would devote to a ground campaign, leaving it instead to military generals' recommendations. And while he does call for an increase in U.S. troops on the ground, he wants most of the troops to come "from local forces that we have built workable relationships with." Bush also called for enforcing a no-fly zone in Syria and ending President Bashar al-Assad's civil war.

The push for boots on the ground distinguishes Bush from many in the presidential pack -- some of whom have proposed gathering together global coalitions but have not explicitly called for sending U.S. ground forces to the Middle East.

"It is time for American leadership again, and that leadership requires a change in course," he said. He also criticized President Obama for "declarations detached from reality of an administration with no strategy or no intention of victory."

Bush pledged to beef up military forces with a larger naval fleet, updated aircraft so that "planes aren't older than our pilots," and improved missile defenses. His administration would also call for an increase of 40,000 active-duty soldiers in the Army, with a total force of 186,000 in the Marine Corps.

On the surveillance and cybersecurity fronts, Bush vowed to restore the National Security Agency's powers under the Patriot Act's metadata program, which Congress voted to strip of certain abilities earlier this year with the USA Freedom Act.

"If there was ever a time for such a program, it's now, and yet too few in Congress were courageous enough to defend this program when it mattered most," he said.

Bush's speech was meant as an overview of his general defense policy, but after Friday's deadly attacks in Paris, the GOP contender decided to refocus his remarks with an emphasis on the fight against ISIS.