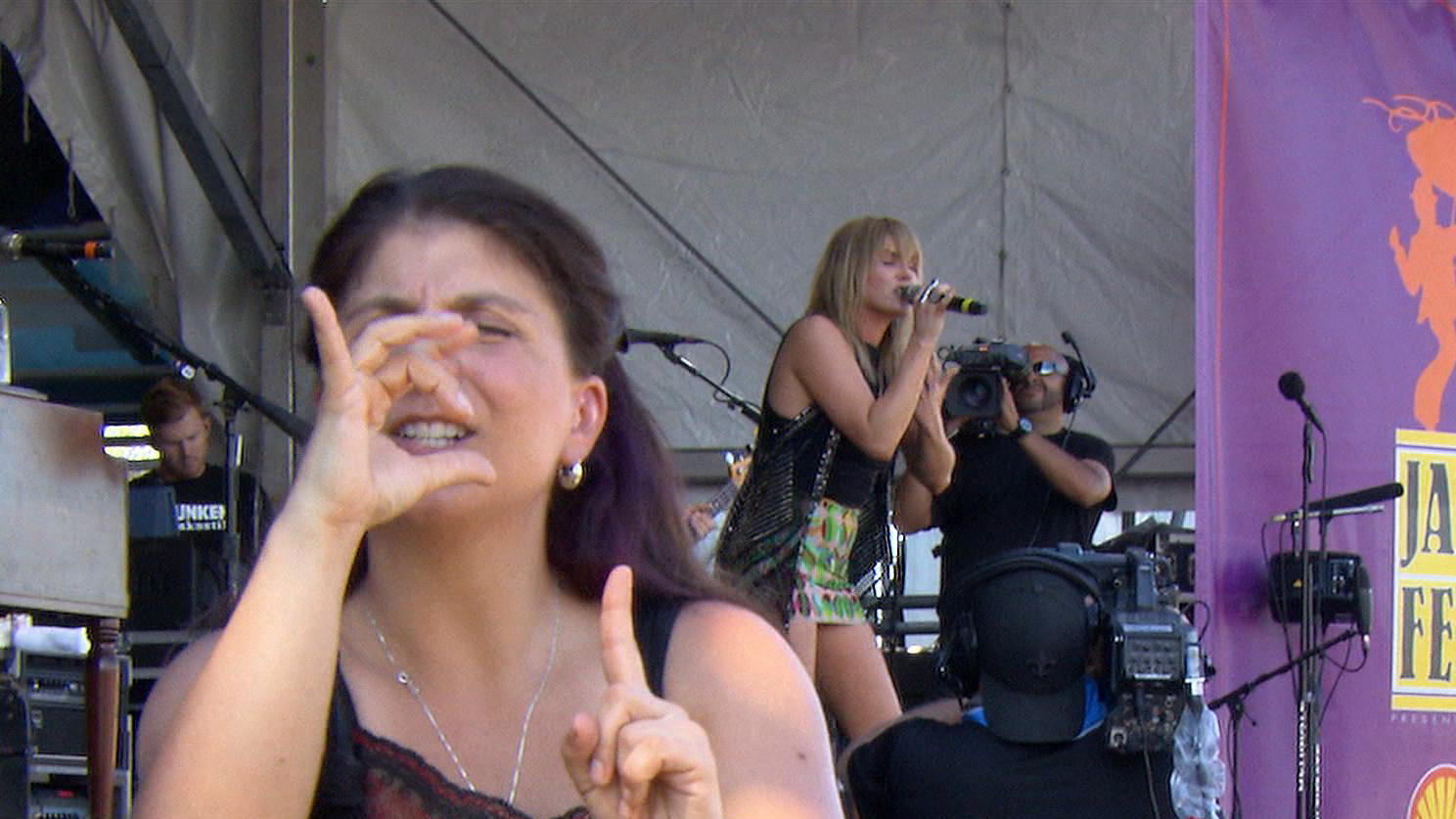 Every spring, New Orleans -- the birthplace of jazz -- holds its Jazz and Heritage Festival, better known as “Jazz Fest.” The festival scene continues this fall, attracting music fans from around the country. That includes even those who can’t actually hear the music -- thanks to a group of professional sign language interpreters paid to get every beat of the action, reports CBS News correspondent Michelle Miller.

Jazz Fest is not only about jazz -- there’s also hip hop, gospel and hard rock. Its patrons are just as diverse, like New Orleans native Amber Howell, who’s been extremely hearing impaired since birth. She can read lips, but that often wasn’t much help.

“I had gone to a couple of Jazz Fests and you know, I am always in the back and I am like, ‘I can’t see anything,’ which means I can’t ‘hear’ anything -- especially what the singer is singing,” Howell said.

Enter the Jazz Fest sign language interpreters like Denise Crochet, who said turning anyone away from the festival “just wouldn’t be right.”

“I like to think of jazz fest as this big giant table that we’re serving food and music and culture,” Crochet said.

Interpreter Holly Maniatti said it should not be surprising that the deaf would be drawn to a music festival.

“You can feel a lot of the music, you’ve got all this basses pumping out and the subwoofers,” Maniatti said. “And you’re with this crowd of people who love this music and you turn around and there’s a guy singing and you’re like, ‘Hey I love this music too.’”

It looks like fun, but interpreters spend weeks studying lyrics and set lists. Every interpreter has their own style and many have their own followings. Bruce Springsteen was once so intrigued that he jumped right into the pit with Holly to learn how to sign -- not sing -- “Dancing in the Dark.”

Performance is part of the interpreters’ art.

“You have to use all your entire ability to communicate, which is the way you’re looking at the consumer, the way that you’re moving with the beat, the signs that you’re choosing,” Maniatti said. “So it looks like we’re may be dancing a little but up there but it’s all a very conscious choice to bring two worlds together and music is all about that feeling.”

“It’s got to be exhausting,” Miller said.

“Exhausting and exhilarating, I would say,” Crochet said.

“What do you get from her, in her expression, in the interpretation?” Miller asked Howell.

“It just changes the Jazz Fest experience for me because she’s happy and she’s getting into it, so that automatically comes to me and I start getting into it. It’s magical,” Howell said.

“How do you know when you’ve given a good performance?” Miller asked Maniatti.

This service was not available to the hearing impaired and the deaf community at festivals and concerts anywhere until Congress enacted the Americans with Disabilities Act back in 1990. Now, with a request -- and there usually always is -- these venues are required to provide interpreters.

Joe Biden on finding "hope and purpose" after tragedy

Hesitant Americans get vaccine after Pfizer gets FDA approval