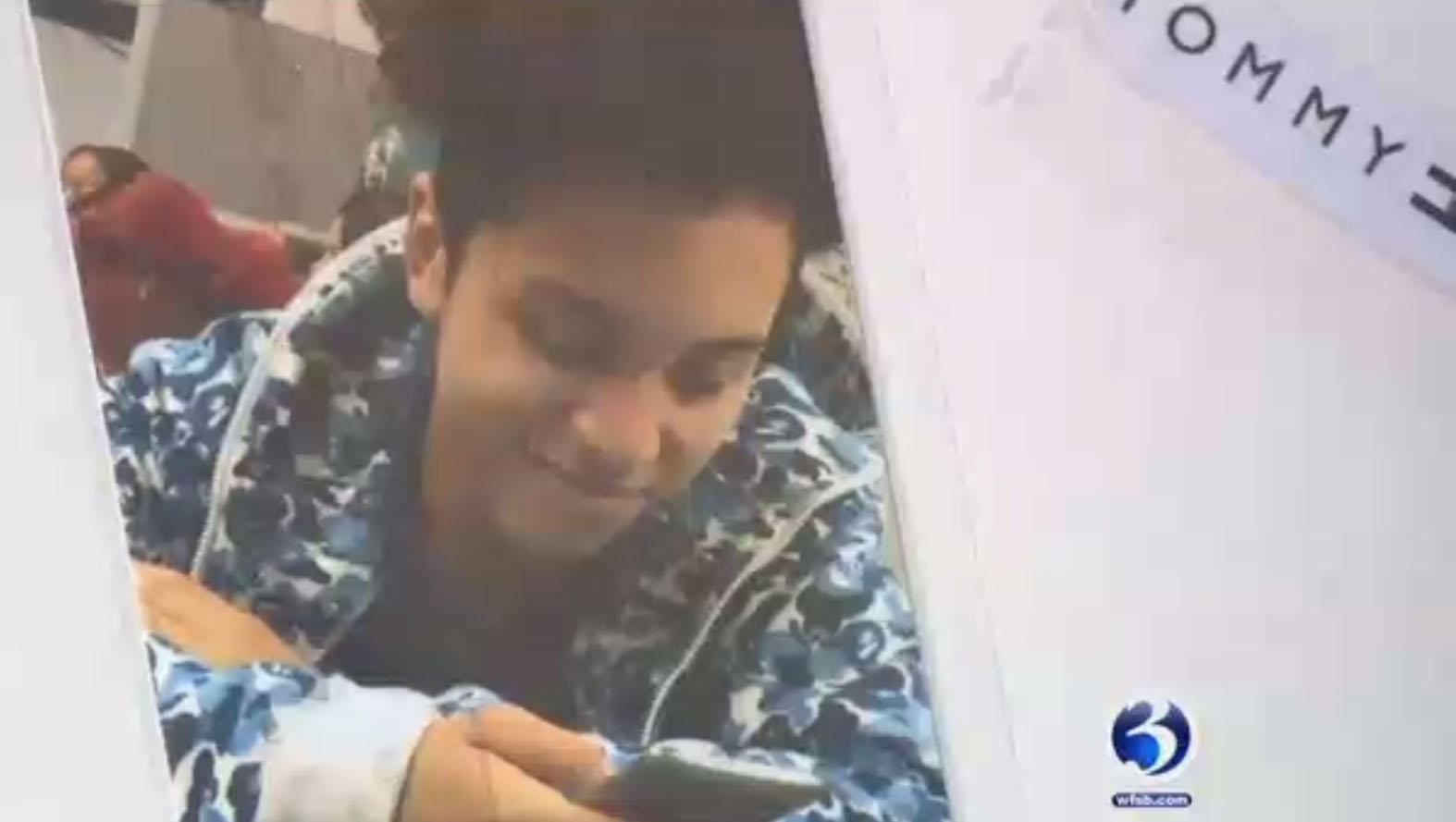 BRIDGEPORT, Conn. -- A video that apparently shows a 15-year-old after he was shot by a police officer in Connecticut was obtained by state police, authorities confirmed Sunday.

Police said they have seen the video posted Friday on Twitter and Instagram by Giovanni Rivera, who says he's the cousin of Jayson Negron.

Police said Bridgeport Officer James Boulay shot the teen after Negron struck the officer with a stolen car on Tuesday. Police pronounced Negron dead at the scene. Negron's passenger, Julian Fyffe, 21, of Bridgeport, was shot in the shoulder and is expected to make a full recovery.

No one in the car had a weapon.

The one-minute shaky, amateur video shows a handcuffed Negron lying on the ground. The camera turns away from him and when it cuts back four seconds later, Negron's head changes direction. An officer is standing near him. Toward the end, an officer wearing gloves appears to reach down as if he's going to lift Negron. The sound of sirens can be heard and other officers can be seen in the background. Bystanders voices can be heard.

Rivera told the Hartford Courant that his family was told Negron was killed when he was shot, but thinks the video contradicts that.

"If that crucial part of the story is a lie, everything else is up for question," he said.

State police declined to say whether the video is being used in their investigation. Bridgeport officials and city police didn't respond to requests for comment Sunday.

"Why were guns pulled?" asked Edris Lomax, Fyffe's mother. "Why was the gun shot?"

Bridgeport Police Chief Armando Perez said Negron's body was lying in the street for about six hours after the shooting for evidence-gathering reasons, but officers did set up shields around it. Perez told The Connecticut Post there was initial second-guessing over whether his staff could cover the body before state police detectives arrived. He said a forensic official later told him he could have covered the body with a sheet.

"I don't care if it's a good guy or a bad guy- I will never allow that to happen again," Perez said. "Never. That's normal procedure -we hide the body."

The ACLU of Connecticut released a statement on the video, saying police showed "callous disregard" for Negron and calling for statewide police reform.

Mayor Joseph Ganim said he was among many people who were outraged that Negron's body was not more quickly moved from the scene.

Hundreds gathered last week near the site of his death, a day after he was shot, to both mourn and call for action, the Courant reported.

Boulay, who has been on the force for about a year, has been placed on administrative leave. An investigation into his actions is expected to continue for several months.

"The last thing he wanted to do is pull out that gun and shoot that boy," Perez told WFSB.

Gov. Dannel Malloy announced Wednesday announced the Office of the State's Attorney and Connecticut State Police are reviewing the shooting, vowing an "open and independent investigation to determine the facts of this case," the station reports.

"With that said, a young man lost his life last night and I am deeply saddened by this reality," Malloy said in a statement.

Woman convicted of killing expectant mother to take her unborn baby
Thanks for reading CBS NEWS.
Create your free account or log in
for more features.
View CBS News In
CBS News App Open
Chrome Safari Continue
Be the first to know
Get browser notifications for breaking news, live events, and exclusive reporting.